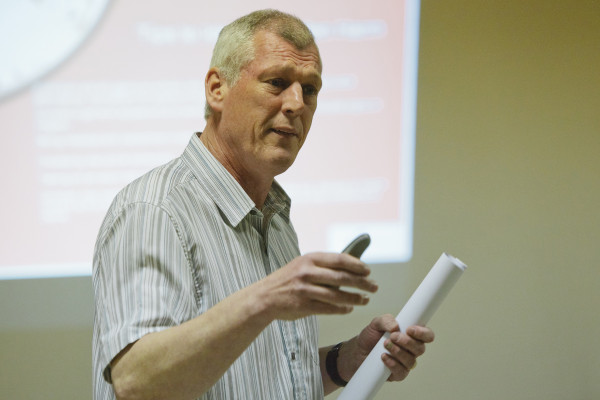 Benny Lynch, who passed away on Saturday evening

WARM tributes have been paid to former Cliftonville physio and community stalwart Brendan ‘Benny’ Lynch, who sadly lost his battle with cancer at the weekend.

“I’ve known Benny some 40 years, he was a life-long friend and I am gutted at his loss,” said Gerry. “He was a great fighter and gave it everything he had until the end. All Benny’s life he was involved in the community. A lifelong republican, he spent his life giving everything to his community and constantly doing for other people.

“Benny was passionate about young people and carried out incredible work during his time as manager of the drugs programme at the Falls Council.”

He went on: “He was a brilliant sportsman and played for the Lamh Dhéarg from juvenile to senior and he and myself coached at the club also. He was an infectious person.”

Gerry said that Benny “just had such a way with him”.

“He dealt with everything with humour, especially during his illness. One of Benny’s greatest attributes was loyalty. If he was your friend, he was your friend for life. He was loved by everyone who had the pleasure of meeting and knowing him.”

A statement on the Cliftonville website this morning said: “Cliftonville Football Club is deeply saddened to hear of the passing of Brendan Lynch. A dedicated physiotherapist whose services at Solitude spanned 20 years and saw him work alongside three Irish Premiership winning sides, 'Benny' was sadly taken from us, aged just 55. Everyone at the club offers deepest sympathies to the Lynch family circle and Brendan's friends at this difficult time. May he rest in peace."

Cliftonville chairman Gerald Lawlor described Benny as “an absolute gentleman who was respected and liked by all”.

“He always went about his role with a smile on his face and no matter what, he always had time for everyone,” he said. “Benny's Room, as it’s known, the physio room at Solitude, will be missing its main character, a dedicated and excellent physio, he will be missed by everyone at Solitude. He had last visited the team before the League Cup final in January and to see a squad have so much respect for someone was great to see."

Funeral Mass for Benny Lynch will take place on Thursday, July 9 at 10am in Our Lady Queen of Peace church, Dunmurry.