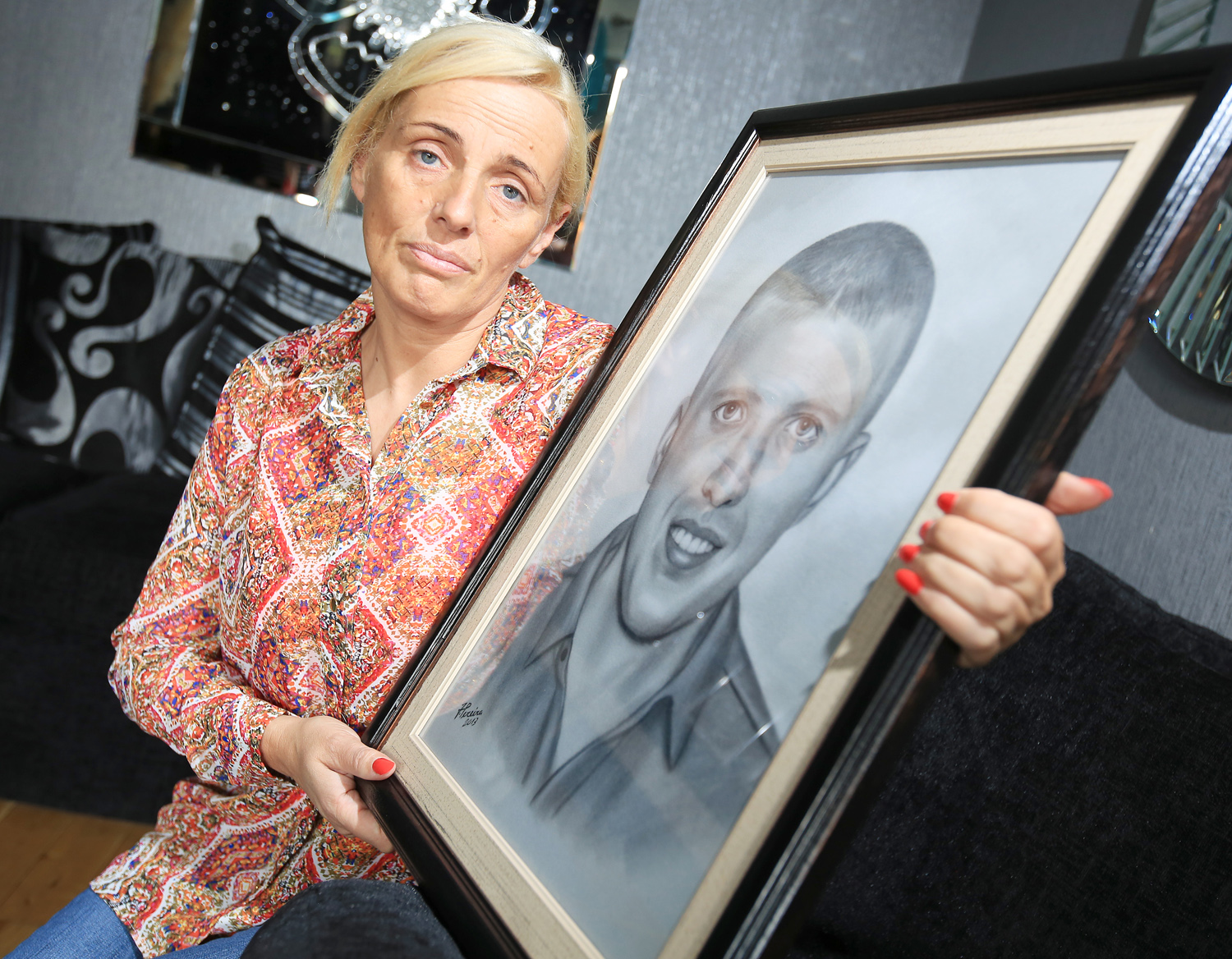 A police investigation into the death of a young Belfast man in hospital two years ago is being “held up” by the Belfast Health Trust, a court heard this week.
Sean Paul Carnahan died on July 24, 2013, four months after he tried to take his own life while under the influence of a legal high.
The Beechmount 22-year-old had suffered serious brain injuries in the incident and was admitted to the City Hospital, where he passed away.
At a preliminary inquest hearing into his death yesterday (Wednesday) at Belfast Coroner’s Court, it was claimed the PSNI investigation was being delayed by the Belfast Health and Social Care Trust.
The court also heard the Trust has instigated an independent investigation into the circumstances surrounding his death.
The Coroner has ordered the Trust to share Sean Paul’s medical files with the court, the family’s legal team and the PSNI as well as a timeline of Sean Paul’s period in hospital up to his death.
Sean Paul’s mother Tracy has insisted for the past two years that her son died of “starvation” rather than a brain injury and alleges corporate manslaughter.
The family’s solicitor, Aiden Carlin, said the hearing was a positive move forward for the family but there remain many questions to be answered.
“The PSNI told the court that the investigation is being held up by the Trust,” he said.
“Their investigation is still ongoing but needs more cooperation from the Trust. We also need further detail on the parameters of the Trust’s independent investigation, including who the investigation will be held by. This is a move forward for the family but there are further questions that need to be answered.”
Sean Paul’s mum, Tracy, said she hopes the process is now in place for the family to get to the truth.
“I hope this is the start of it now and we start to get some answers and the truth,” she said.
No-one from the Belfast Trust was available for comment yesterday.