Up the Lagan in a bubble 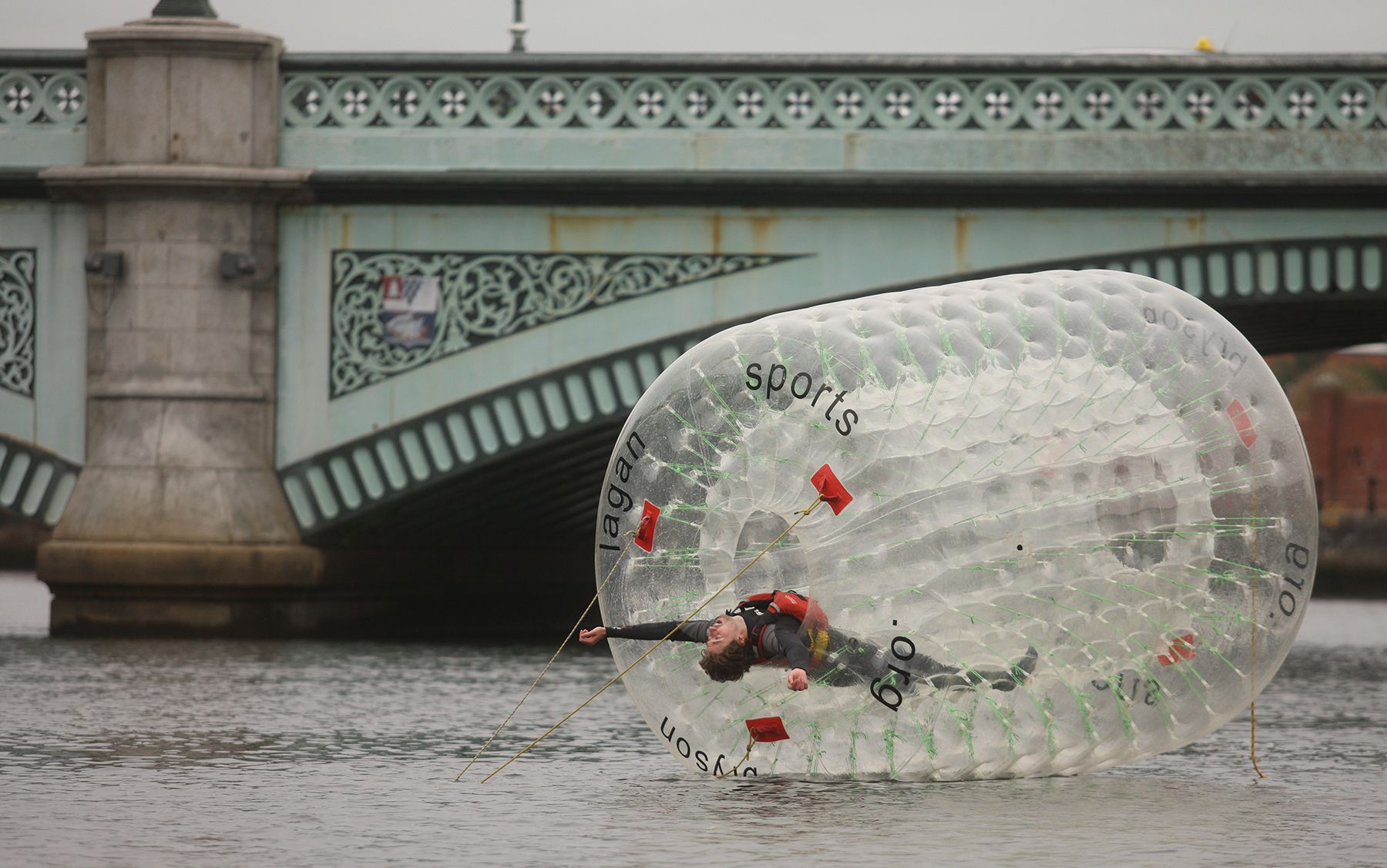 UP THE LAGAN IN A BUBBLE: Actor Shaun Blaney arrives at the Lyric Theatre after travelling up the river Lagan in a bubble

IN the Name of the Son was one of the first plays at the Lyric to be cancelled due to the pandemic.

The show was rescheduled twice and each time it was cancelled, so when playwright Martin Lynch contacted actor Shaun Blaney to inform him that the play would definitely be going ahead in November, the sceptical Sean told Martin down the phone from London" “Yeah, I believe ye. Tell yiz what. If it is on, I’ll come up the Lagan in a bubble."

The people at Green Shoot productions kept Shaun to his word and this week he arrived at the Lyric Theatre in a bubble ahead of rehearsals.

In the Name of The Son is a superb one-man show chronicling the life of Gerry Conlon after his release from prison in 1989.

Who will ever forget the TV images of the wild-eyed, fist-pumping West Belfast man, storming up to a bank of microphones outside the Old Bailey and proclaiming to the world: “I am a totally innocent man!”.

But what happened next? What kind of man emerged from 14 years of soul-destroying imprisonment? In the Name of the Son explores Conlon’s remarkable journey to ‘freedom’ as he received and spent a million pounds, became a cause-célèbre at the Hollywood Oscars and moved in the same circles as Johnny Depp, Shane McGowan and Bananarama.

Conlon seemed to have it all. But soon his lifestyle descended into a hell. Struggling to cope with powerful self-loathing, he was soon hooked on crack-cocaine and searching bins in the backstreets of London for food.

What emerges from the darkness, though, is Conlon’s resilience and his eventual life-changing recovery to beat his demons and become a world-renowned campaigner against miscarriages of justice, similar to his own.

The play runs from November 2 to 14 November. Tickets are priced from £12 and are available from the Lyric Theatre.