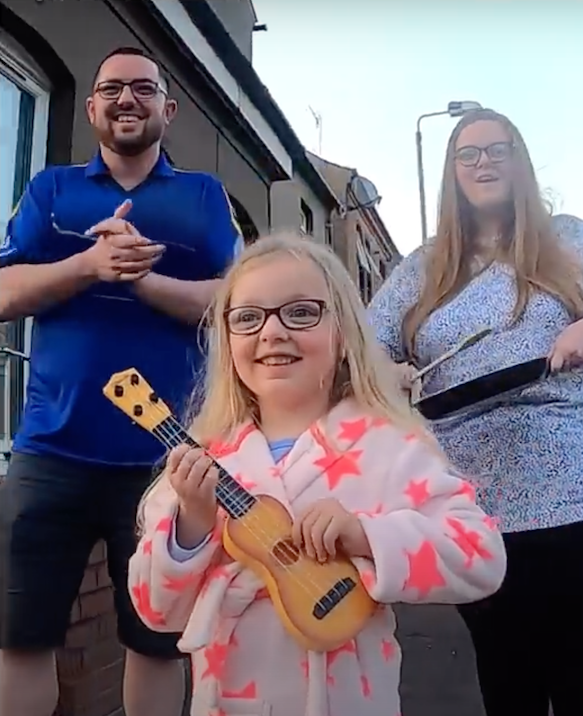 A video tribute to Ireland's health workers and volunteers fighting the Covid-19 pandemic has been created by internet giant Google.

And it features two images which will be familiar to our readers — solicitor Niall Murphy raising his fist defiantly as he is wheeled from the Intensive Care Unit at Antrim Area Hospital and the Regan family of Cavendish Square taking part in the Clap for Carers salute — as well as evocative footage from across the country.

The release of the video today comes hard on the heels of similar 60-second video tributes to the frontline health workers of the USA, Italy and Britain.

The video starts with the words "Thanks for helping" and ends with the slogan, "To everyone helping, thank you...and hold on."

The Irish tribute went online yesterday and has already been viewed 48,000 times.

The video of the Regan family, shot by our lensman Jim Corr as part of a longer video from Cavendish Street and Cavendish Square, caught the idea of Google's research team in Amsterdam who reached out to us for permission to use it in the new video.