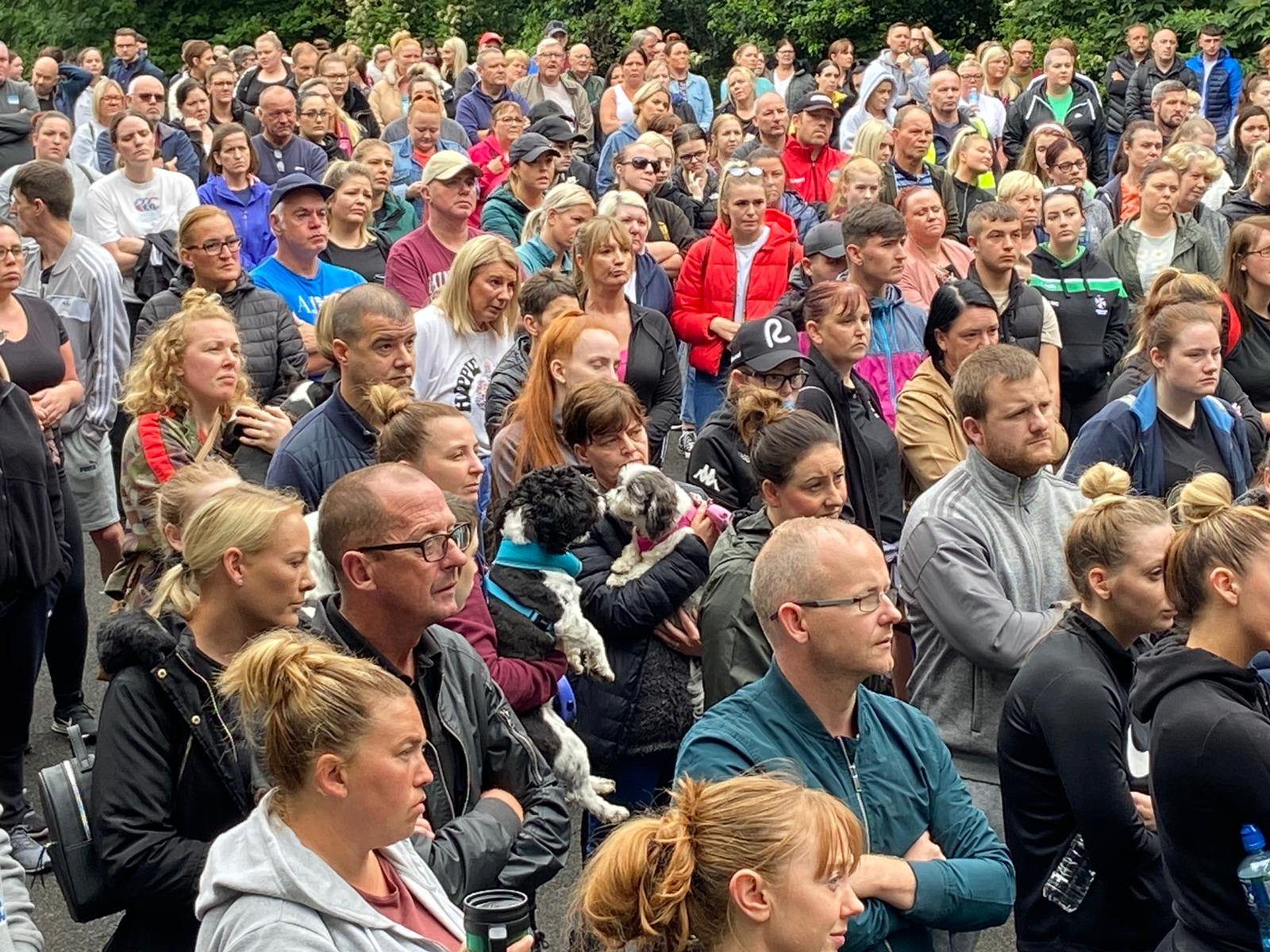 COMMUNITY RESPONSE: Crowds turned out at Seaview Park on Wednesday morning to help with a community search for Noah.

Hundreds of volunteers turned out at Seaview Park on Wednesday morning to help in the search for missing schoolboy Noah Donohoe (14).

Fears are now mounting for the safety of the St Malachy’s pupil who was last seen in the North Queen Street/York Street area around 6pm on Sunday evening.

Police say the South Belfast boy may have suffered a fall from his bike. He was last spotted cycling naked off the Shore Road.

Meanwhile, Belfast woman Clare Hughes said in a Facebook post yesterday that her son, also a St Malachy’s pupil,  was in the same place several weeks ago on a Sunday night and was “chased and assaulted by a crowd of teenagers…he sustained a bad head injury…but managed to get up and run away..he made it to my friend’s house where he collapsed.”

Ms Hughes says her son, who had his phone taken from him when he tried to call home, was left covered in blood in the incident.

Meanwhile, writing on her Facebook page on Tuesday, health worker Amanda Seenan says she saw Noah shorty after 6pm on Sunday at “the junction of North Queen Street and York Street/Shore Road”.

“He fell off his bike in front of my car,” she wrote. “It was a bad enough fall and he jumped up and drove off leaving his coat on the road. I’ve told police everything.”

The police have said there are fears he may have sustained a head injury in the fall from his bike. The last sighting of Noah was in the Northwood Road/Premier Drive (off York Road) area of North Belfast just after 6pm on Sunday.

Anyone with information about Noah’s whereabouts is asked to contact the PSNI immediately.