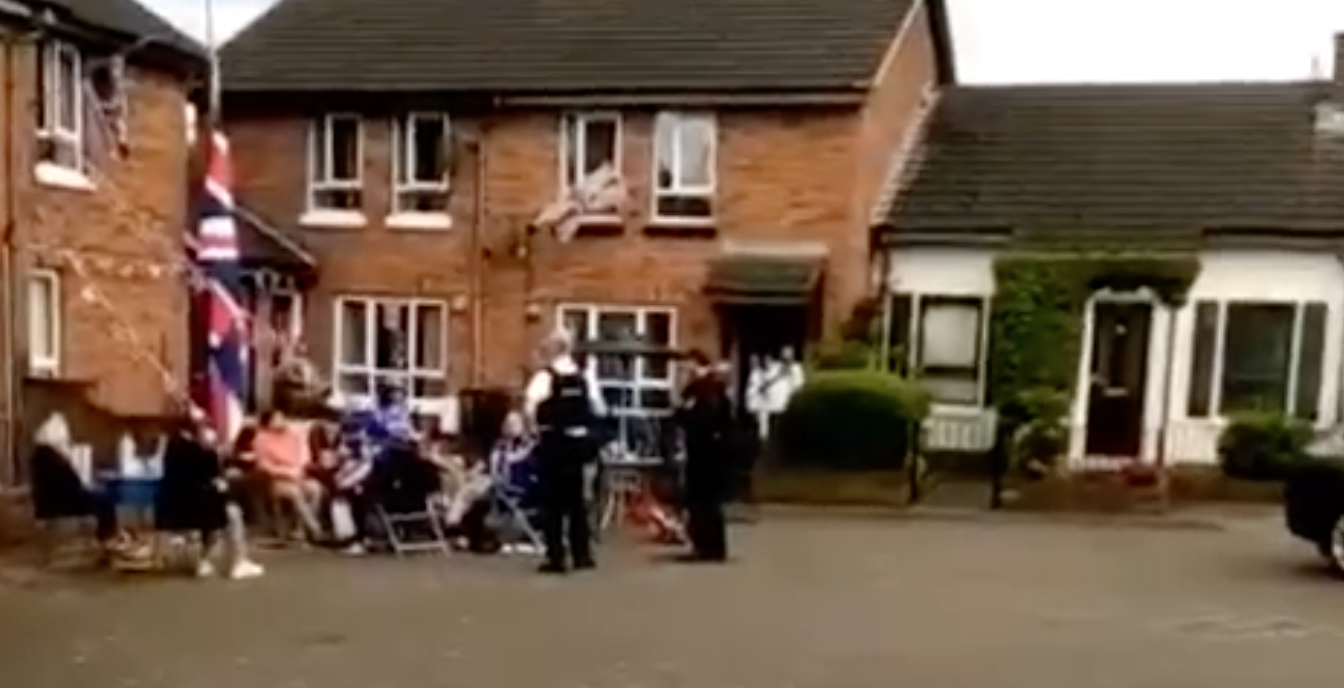 A video circulating on social media shows PSNI officers being abused as they try to break-up a VE party in a loyalist area of Belfast on Friday.

Among the taunts shouted at the cops who say they are in the area to impose Covid-19 restrictions "to prevent people getting sick", were:

Police were dispatched to the area to speak to groups who had gathered outside homes on Friday evening to mark the ending of the World War 75 years previously.

As the officers speak with one group of revellers, a second group hurl abuse across the street at them. "What's wrong with Ardoyne?" shouts one man. "Youse weren't there when they were doing it." Another tells the officers, "you are not welcome here".

A police officer is seen on the video remonstrating with the men who admit, contrary to the Covid-19 restrictions, that they are not from the same household. As the policeman walks away, one of the group shouts after him, "They're not in the same household in West Belfast where they are running around with machetes and everything."

Meanwhile, another video circulating on social media shows a German flag being burnt by Belfast loyalists.

This type of ignorant intolerance has no place in modern civilized society, and yet it continues to flourish in the UK due to terrible education and a lack of correction from society. pic.twitter.com/bMD6Ni48cT