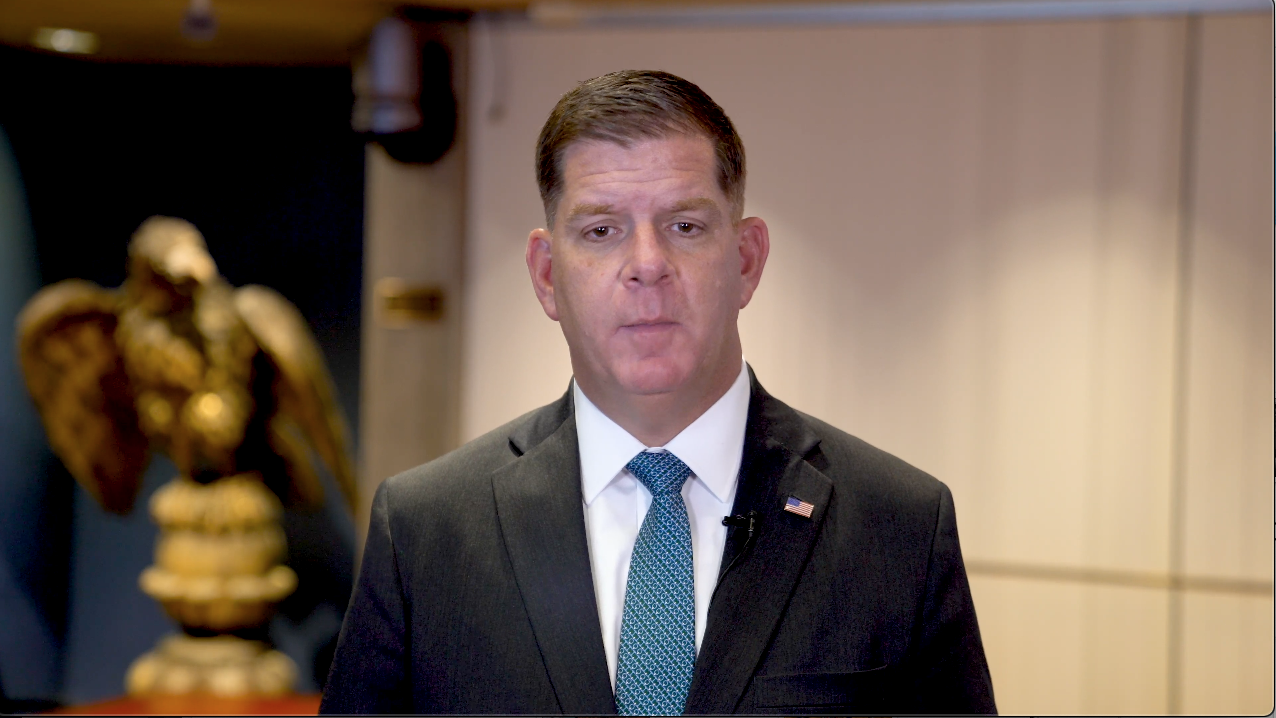 In a video message to the opening ceremony of the 2020 Golden Bridges Conference linking Northwest Ireland and Irish America, Mayor Marty Walsh of Boston calls on delegates to build a new, better normal post-Covid.

And he says the election of Joe Biden shows the US is ready to move forward and live up its highest ideals.

"This year’s conference is also a chance to talk about the responsibility we all have to address systemic racism, to resist xenophobia, and to promote justice and progress everywhere," he will tell the 400-plus delegates from both Massachusetts and Ireland expected to attend the annual event.

Traditionally, the Golden Bridges gathering brings a delegation of political, business and civic leaders from Derry and Donegal to the capital of Irish America to build ties of mutual benefit but due to the coronavirus crisis, this year's conference will take place virtually. The key debates and presentations will be broadcast from a purpose-built studio in Derry's Guildhall — but without an audience.

Among those taking part are California-based global CEO of Seagate, David Mosley, the US head of Tourism Ireland Alison Metcalfe, Irish Minister for Foreign Affairs Simon Coveney TD and the President of the Boston Irish Business Association Laura Hamilton.

In his address which will open the conference on Friday, Mayor Walsh says the connections between Boston and the Northwest of Ireland are more important than ever as we reach "a historic turning point for the US".

"Right now in Boston, and in the United States, we are deciding what kind of future we want to have," he says. "This is a historic turning point for our country, and indeed our world. We should not go back to the old normal. We need to create a new, better normal. We need to build a more just, compassionate world, where the health and wellbeing of the people is prioritized above anything else. These ideas will be echoed during this year’s conference.

"This year’s conference is also a chance to talk about the responsibility we all have to address systemic racism, to resist xenophobia, and to promote justice and progress everywhere. In recent years, our world has faced setbacks. We have seen social division, in the form of anti-immigrant rhetoric, narrow visions of community, and talk of building walls and hardening borders. Under the leadership of President-elect Biden, the United States is ready to move forward and to once again live up to our highest ideals. And we are committed to supporting peace and unity in Ireland, too."

Mayor Walsh, whose parents hail from Conamara and who has visited Donegal and Derry several times since first being elected Mayor of Boston in 2013, also signed the Sister City Agreement with Belfast in May 2014.

Connla McCann, director of Aisling Events which hosts the conference, says Covid-19 will impact on every aspect of the conference agenda. "However, the big issue of Brexit and its potential impact on the Good Friday Agreement as well as the key role of the Northwest Gateway uniting Derry and Donegal in providing a solution to the economic challenges post-exit will also loom large. We also look forward to hearing about the transformative Medical School at Magee and Garvan O'Doherty's proposals for an iconic Emigrant Museum on the former Fort George military site."

Conference registration is free and still open to anyone in Irish America or Ireland via the Golden Bridges website. The conference will open at 8:30am Eastern in the US, 1:30pm Irish time on Friday 20 November.