WATCH: Royal Honours for Denis as hospital staff turn out to applaud a working class champion 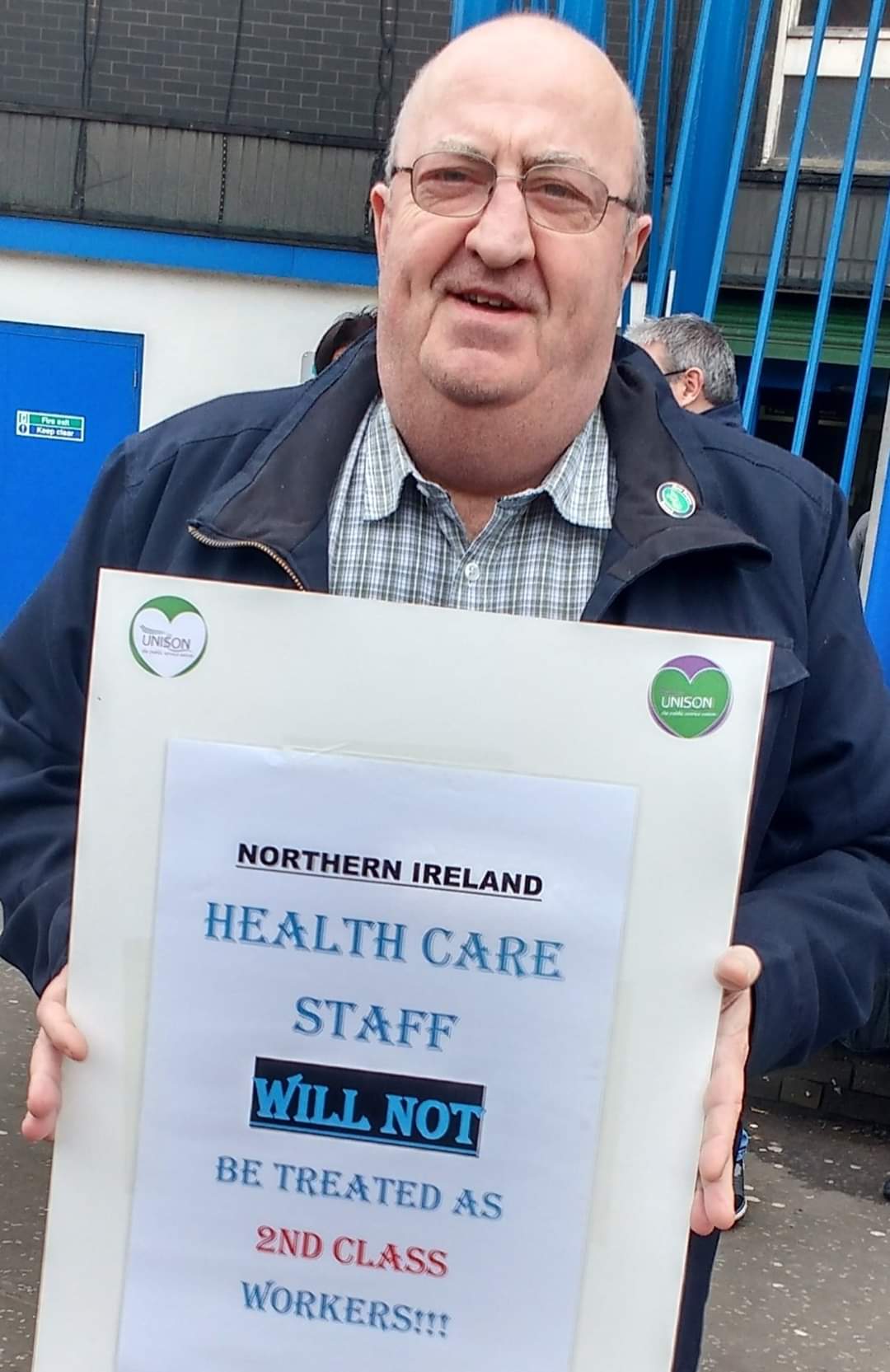 ON THE PICKET LINE: Denis Keatings was tireless in service of workers in health and social care sector
THE funeral of prominent trade unionist Denis Keatings took place today (Tuesday).

Mr Keatings, a lifelong champion for working people, passed away peacefully at his Andersonstown Crescent home on Friday.

A leading figure in Unison, the West Belfast man served as Secretary of the union’s Mater Hospital branch and more recently as Joint Regional Convenor for the North of Ireland.

On Tuesday, his colleagues and comrades at the Royal Victoria and Mater Hospitals formed a guard of honour outside their respective buildings as Mr Keatings’ funeral passed by.

In a statement, Unison said: “Denis was a lifelong champion for working people, constantly seeking to advance the cause of public service workers, whether within Unison or across Northern Ireland.

“He was loved, admired and respected by his fellow members, activists and friends for decades - in Unison and in NUPE [National Union of Public Employees].

“In that time, Northern Ireland went through the Troubles and an unprecedented period of change – but throughout Denis was a constant within our union. Always kind and always decent.

“That kindness and decency always drove him to speak out on the causes that mattered most to him, because when he saw injustice, he could not stand by, he knew that to change things we have to act.”

“Condolences to all his family, friends and union colleagues,” the West Belfast councillor added.

“And thank you too, Denis – for a life well lived standing up for the workers of Belfast.”

“For many years Denis was a champion of workers in the health and social care sector, particularly in the Mater Hospital,” she added. He was a tireless advocate for workers' rights and social justice and will be sadly missed by many. My thoughts are with his family and friends at this sad time.”