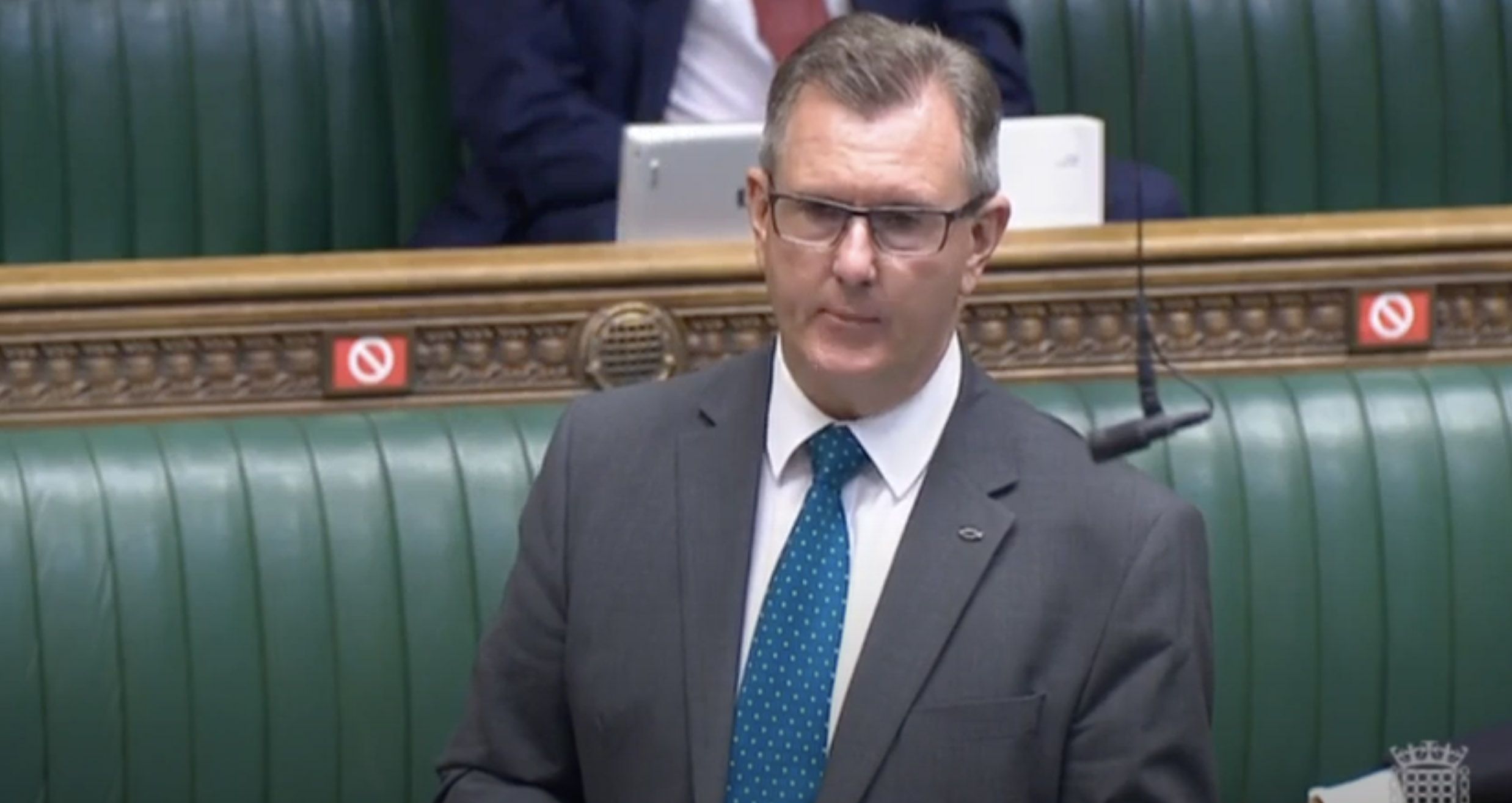 HOPES that Sir Jeffrey Donaldson might choose to abandon the confrontational approach to politics that so bedevilled the reign of his predecessor are evaporating by the day.

After his meeting with Taoiseach Micheál Martin last week, Mr Donaldson warned that unionism “cannot be expected to work as normal” with Dublin because of the Protocol. That a new party leader would travel to meet a head of government for the first time and hand him a lecture is typically crass DUP behaviour, but setting aside the party’s familiar lack of grace, the warning was a clear sign that we can put away any hopes we may have had that Mr Donaldson would inject into his Protocol strategy even a modicum of reflection on the huge part the DUP played in bringing about the Irish Sea border. Instead, he’s adopted the Arlene Foster template and is continuing to point the finger at others who are engaged in nothing other than trying to shovel up the steaming mess that Brexiters have made in the union stable.

Equally concerning was Mr Donaldson’s response to the weekend LucidTalk poll that indicated a further slump in support for the DUP – one that has seen them drop to third place in the unionist parties hierarchy. The sobering result of the poll might prompt another leader of another party to consider what needs to be done to attract voters back to the fold. But Mr Donaldson has decided against introducing a touch of positivity into unionist politics. “We must ensure that Sinn Fein do not emerge as the largest party in the Assembly,” he said. “A more unified approach by unionists can prevent this from happening.”

And there we have it again: the grimly familiar ‘Stop Sinn Féin’ mantra that has been the party’s factory setting since the early 1980s. No vision for the party, no hint of optimism for a demoralised unionist electorate to latch on to; just a rehash of the old message that driving others down is preferable to lifting yourself up.

Two other indicators that DUP change is not likely. Mr Donaldson reacted to good news this week about the Troubles pension scheme by claiming that Sinn Féin have a “mark of shame” for failing to progress the pensions. And he reacted angrily on Twitter to a Sinn Féin call for next year’s silver jubilee celebrations to be equality-screened.  “Things need to change and soon,” he tweeted. So that’s a definite thumbs-down from the DUP leader to any invite to get on the equality train.

So in the space of week, and at a time when he desperately needs to be putting the DUP’s increasingly rickety house in order, Mr Donaldson has been concentrating his political energy on the Dublin government and on Sinn Féin.

None of this augurs well for the coming seven months – the lead-up to next May’s Assembly election, which is shaping up to be the most important one yet. A decision has been taken, it appears, that what’s required to restore the party’s fortunes is what sent their fortunes into a tailspin in the first place.