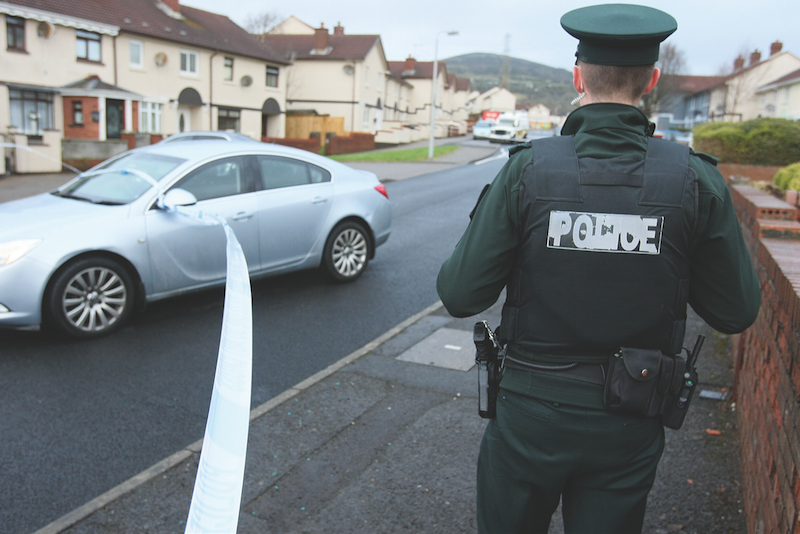 A number of raids have been carried out across the city in relation to the murder of Ray Johnston. 28-year-old Mr Johnston was shot dead at his Glenbawn Avenue home in Poleglass on Tuesday night in front of his partner and her 11-year-old child.
A number of officers carried out planned searches on Saturday night in Poleglass and in the New Lodge Road area in North Belfast. At both addresses a number of items were taken away for further examination. A PSNI spokesperson said the searches were carried out in connection with the murder.
The spokeswoman said: “Police are continuing to appeal for information about the movements of Mr Johnston on the day of the murder and a dark-coloured car that was seen in the area around the time of the incident. Anyone with information that could help the investigation should contact detective on the non-emergency number 101, quoting reference 1192 of 12/2/18 or ask to speak to detectives at the incident room at Musgrave.”
Mr Johnston’s Requiem Mass will take place today at The Church of the Nativity in Poleglass with interment afterwards in Crumlin Cemetery.