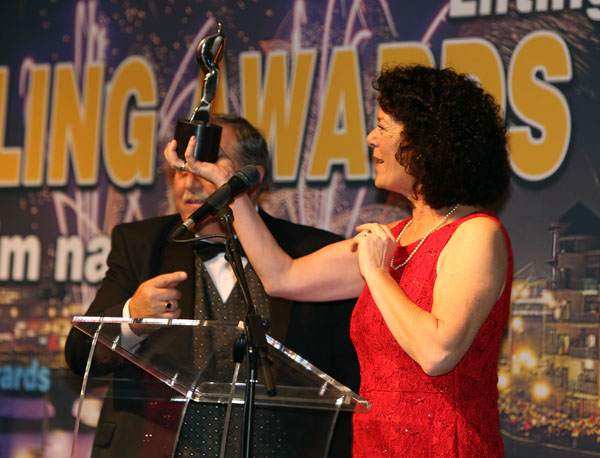 WEST Belfast is in mourning this week at the sad news of the passing of community activist Tish Holland.

Tish, whose married name is Teresa Lunney passed away in the NI Hospice on Sunday. She is survived by her husband Phil and children Tomás and Nuala.

Sinn Féin MLA Alex Maskey expressed his condolences to the family and friends of the former Sinn Féin Councillor.

“Teresa Lunney was the second woman interned in Armagh Gaol in early 1973 and played a key role in the H-Block/Armagh campaign, including working to elect Bobby Sands as MP for Fermanagh/South Tyrone during the 1981 Hunger Strike.

“Following her release from prison, Teresa was elected to Belfast City Council in 1985 representing the Upper Falls area and was also a member of the Sinn Féin outreach group.

“Teresa was committed to serving her local community and was a key driver of the Tullymore Community Centre in providing essential childcare, job opportunities, support for senior citizens, women and training and skills for young people.

“On behalf of Sinn Féin I extend condolences to the Lunney and Holland families at this sad and difficult time.”

SDLP Councillor for West Belfast Tim Attwood said: “On behalf of the SDLP in West Belfast, I wish to extend my deepest sympathies to the family Tish Holland.

“Tish was a political activist, councillor and a community champion. I knew her best through her community development work, especially through Tullymore Community Centre, she had a deep love for her community and worked tirelessly to regenerate West Belfast and support the most vulnerable, the elderly and young people.”

Posting on Social Media Tish’s niece Sarah Holland wrote: “Heartbroken to lose Auntie Teresa. She was a woman of huge strength, resolve & resilience. She fought for her community and had the heart of a lion, standing up for all of us through thick & thin. She was also an absolute geg and we'll miss her craic. Love to my cousins Nuala and Tomás & to Phil and to my Aunt Geraldine, Tish's bezzie. It's kind of fitting that she passed onto slí na fírinne on the autumn equinox, the time of the waning of the Goddess.”

Tish’s remains will leave her late home, 30 St Meryl Park on Thursday at 10.30am for 11am Requiem Mass in St Matthias’ Church followed by a service at Roselawn Crematorium at 2.30pm.