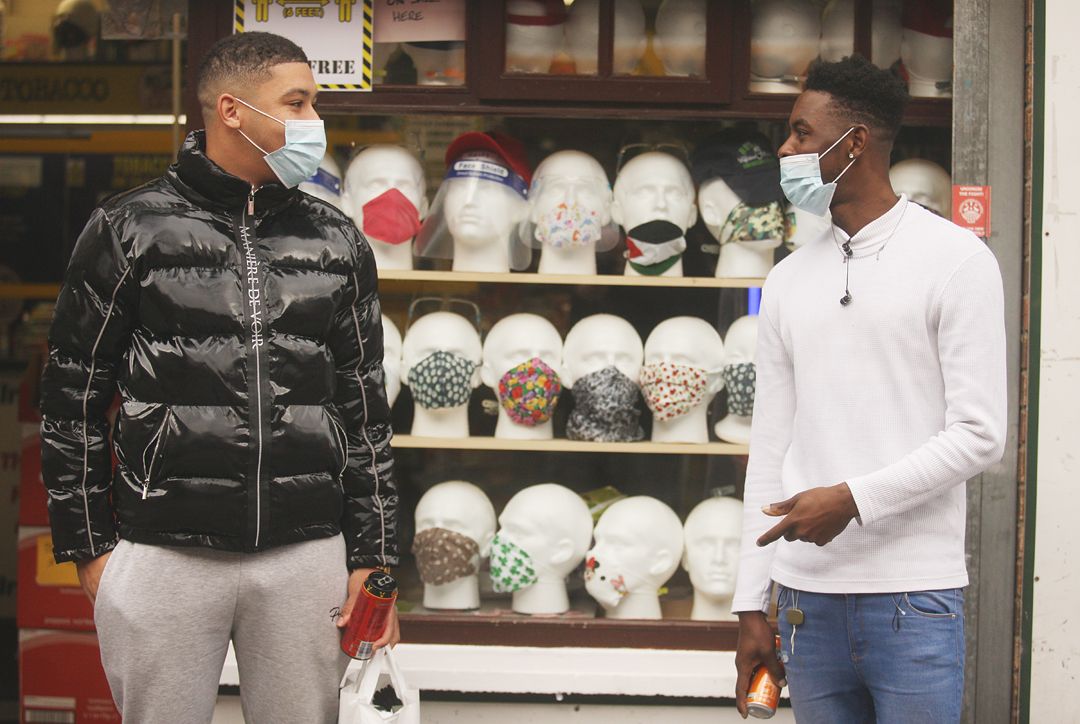 WEST Belfast has recorded the most new positive cases of Covid-19 in the whole of the city, according to the latest figures.

The latest statistics on the Department of Health’s dashboard shows the number of positive cases in each postcode as well the number of people tested and the incidence rate per 100,000 population over the last seven days (December 28-Janaury 3).

Keep following the public health advice for #COVID19 – these steps may seem simple, but they are effective in reducing the spread. More info @ https://t.co/fmM1Isv1Dn pic.twitter.com/SQQRaNsNaN

South Belfast is next highest with 406, followed by North and East Belfast postcodes with 349 new positive cases recorded in each.

The highest infection rate in the city was recorded in BT1 of 980.4 - seventh-highest across any postcode in the North but its rate will always be higher due to a small density of people living in the area.

BT17 in West Belfast which includes Dunmurry, Hannahstown, Twinbrook, Poleglass and Lagmore is the eleventh worst affected postcode in the North for the spread of Covid-19 infections.

308 new positive cases recorded is also the highest number of new infections in the whole of the city.

On the other hand, BT4 (Sydenham, Belmont, Stormont) recorded 81 positive cases of the virus and a rate of 311.4 - the lowest in Belfast.

Elsewhere in West Belfast, BT11, which covers Andersonstown, Lenadoon, Suffolk, Ladybrook and Turf Lodge recorded the next highest rate per 100,000 population of 807.0 - up from 216.4.

BT12, which covers Sandy Row, The Village and parts of the Falls Road last week recorded a fall in cases.

Finally, BT13 which covers Clonard, Shankill Road, Woodvale, Ballygomartin, Springmartin, Glencairn and Highfield areas recorded the lowest rate of 345.7- up from 164.6 and the lowest number of new positive cases (84) in the west of the city.

The postcode also recorded 94 new positive cases of the virus- up from 42.

BT8 (Saintfield Road, Four Winds, Carryduff, Knockbreda, Newtownbreda) is next worst affected with a rate of 430.0 - up from 258.0.

130 new positive cases were recorded - the most in any South Belfast potcode.

BT9, which includes Malone, Lisburn Road, Taughmonagh and Stranmillis areas recorded a small increased rate - up from 326.8 to 383.0 and a further 109 cases.

Finally, BT7 which covers the Ormeau, Botanic and University areas recorded the lowest rate of any South Belfast postcode of 339.4 - up from 195.3.

Some GP services may be disrupted as they continue to work hard to roll out the #COVID-19 vaccine to the vulnerable. Please give a little extra time if you are ordering repeat prescriptions or need other routine services during this time. @BMA_NI @rcgp_ni pic.twitter.com/53sH2hSWF0

A further 73 cases were recorded - again the lowest in South Belfast.

North Belfast also recorded a significant increase in rate and number of infections.

Finally, in East Belfast, BT5 (Castlereagh, Ciarawood, Crossnacreevy, Gilnahirk, Knock, Braniel and Ballyhackamore) is the worst affected area with a rate of 397.4 and 157 new infections.

BT6 (Castlereagh, Woodstock, Cregagh, Knockbreda) is next worst with a rate of 354.1 and 111 new positive cases of Covid-19.