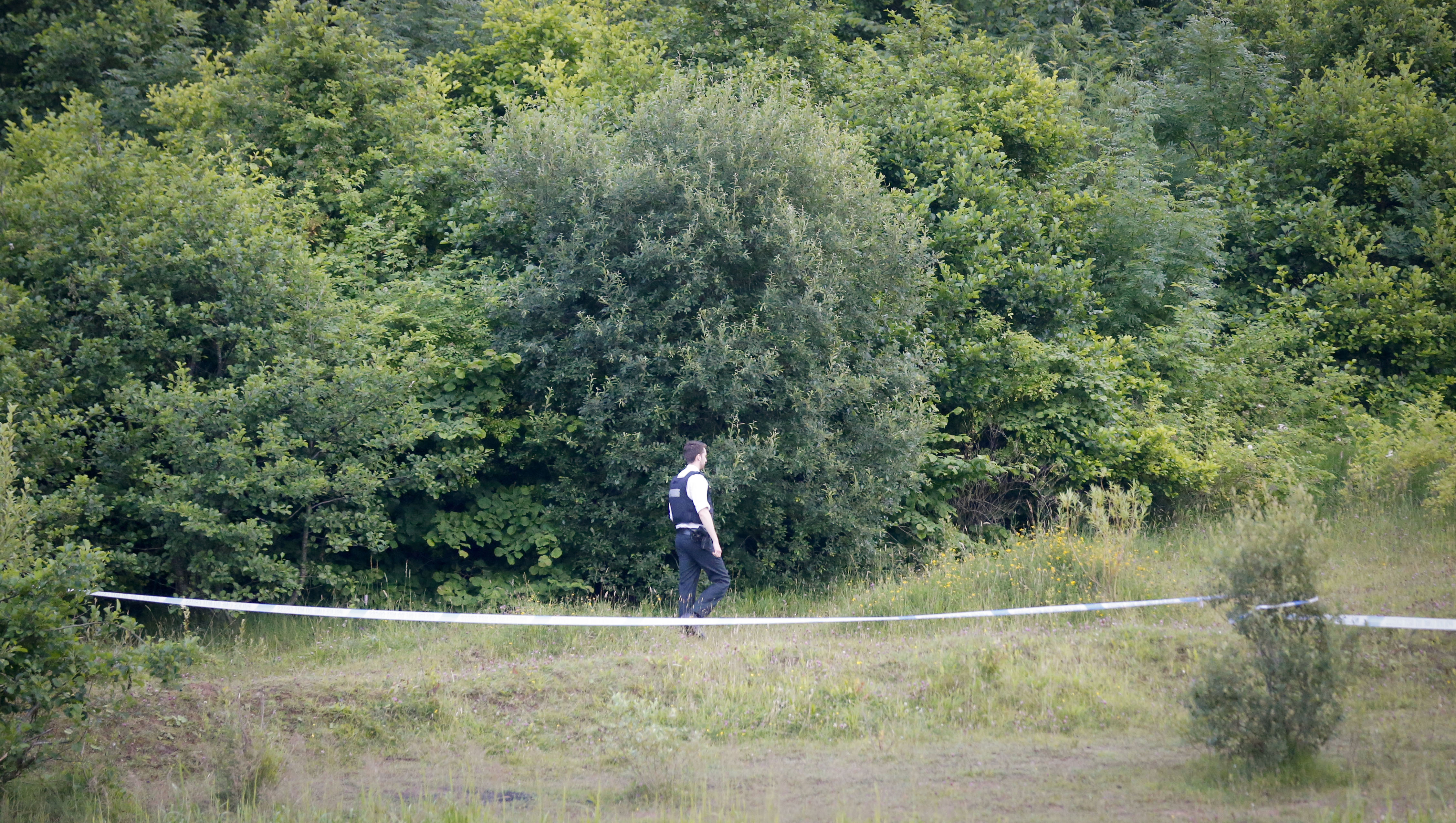 Colin Glen Forest Park, where the pedestrian was struck by a scrambler

A woman remains in a critical condition in hospital after she was struck by a scrambler in the Colin Glen Forest Park area of Dunmurry.

Two men have been arrested and remain in police custody following the incident on Tuesday evening.

It is believed the woman, who is from the Poleglass area of West Belfast, was on her way out of the park

Inspector James Murphy said: “Police investigating a serious collision in the Colin Glen Forest Park area of Dunmurry involving a scrambler motorbike and a female pedestrian have arrested two males, who are currently in police custody.”

Inspector James Murphy appealed to anyone who was in the Colin Glen area and may have witnessed the incident to contact Police on the non-emergency number 101, quoting reference number 1041 19/07/16.

Sinn Féin MLA Jennifer McCann said the local community is in shock after a woman was seriously injured in a collision in Colin Glen Park in West Belfast.

Ms McCann said: "The local community has been shocked after a young woman was seriously injured in Colin Glen Park.

"Many people will have been out enjoying the sunshine in the park and it is shocking to think that something like this could happen.

"My thoughts are with the family and friends of this woman."

SDLP Belfast Councillor Brian Heading said the incident was tragic and called for anyone with information about the crash or the scrambler involved to come forward to the police.

“News of a collision involving a scrambler which has left a woman in a critical condition in hospital is absolutely shocking. My thoughts and prayers are with the woman and her family at an incredibly difficult time,” he said.

“Like the entire community here, I hope the victim recovers quickly and those responsible are brought swiftly to justice.

“These bikes can be incredibly dangerous and I would appeal to anyone who has any information about their illegal or reckless use to report it to the PSNI. They are a plague on communities across this city and the police must act to tackle both those responsible for dangerous driving and those who sell these bikes often to young people.

“It’s essential that we find out what happened this evening. I would encourage anyone who saw a scrambler in the Colin Glen area this afternoon in or around 6pm to come forward to the police,” he added.