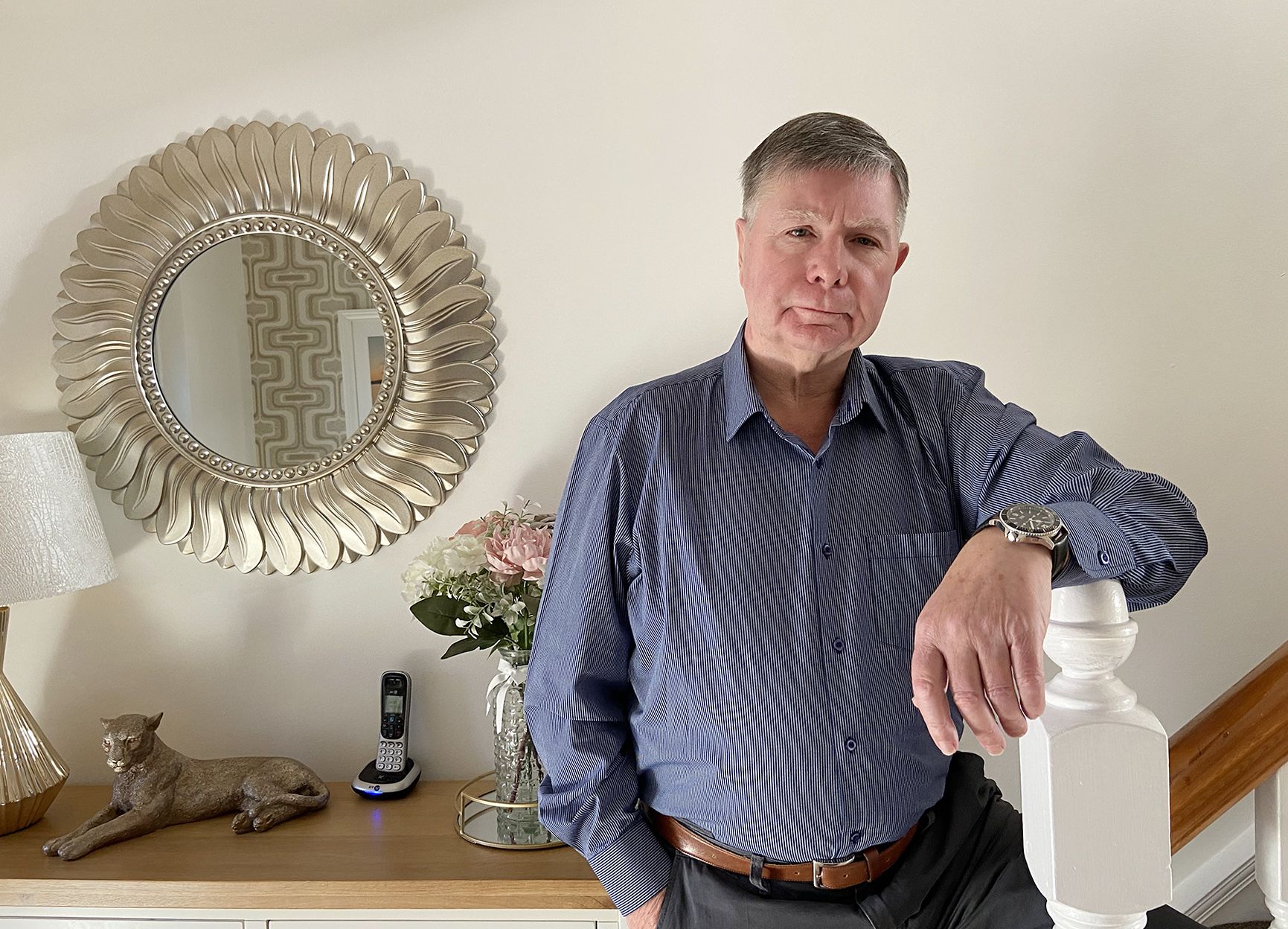 IT would be fair to say that Turf Lodge man Michael McCorry takes up the Presidency of the Workers' Party at a challenging time for his organisation.

The party has all but been decimated electorally, receiving just over 1,000 votes in the 2020 Dáil elections and 773 first preference votes in 2019 Belfast City Council poll. Last year, the party also experienced a messy split, which saw it lose its sole elected representative, Cork Councillor Ted Tynan.

But as Michael McCorry speaks to the Andersonstown News he strikes an upbeat tone.

He gives voice to the political differences that, he believes, caused the split with a faction centred around the Workers' Party's one-time Northern leadership and several prominent Cork members.

Our conversation later turns to current campaigns, policy, and electoral strategy, but the confusing nature – from an outside perspective – of the parting of the faction known as 'Northern Ireland Business Committee' begs some questions.

Really proud of all the hard work that’s gone in to these policy documents over the last few months. Go on, have a read of them!

Before the split, McCorry says, the Workers' Party experienced some growth, recruiting younger members across Ireland. He says younger members rightly wanted to engage in grassroots campaigns, but were met with opposition in certain quarters.

He defines the split a "generational parting of the ways", but insists there were political differences too.

The Northern Ireland Business Committee and its allies appear, from an outside perspective, to have placed less emphasis on republicanism and a United Ireland.

"Young people wanted to be ground based," he explains.

"They wanted to talk more about things that had become a bit taboo within the party. The situation was with a Border Poll was more or less pushed to the side – let's not discuss it, it's too difficult, let's kick it down the road."

He adds: "Think it was time that we had to sit down and discuss things like the EU, Border Poll, Protocol – all of it."

A desire to break from political sectarianism, which had become a problem with some of the party's older rump, and to form "alliances" with other groups and organisations were also a feature of the split.

"It's an attempt to broaden the situation, talk to different groups," McCorry says. "In certain times certain schisms happen and there's not much you can do about it."

On the issue of a border poll, the Workers' Party is an outlier in broad republican and left wing circles in that it does not currently advocate a Border Poll, instead arguing for the convention of a citizen's assembly.

McCorry argues that a border poll would be "devious" in the short term, expressing concern about the views of the Protestant working class.

"Like it or lump it, there's a million unionists here and quite a sizeable chunk of them are working class unionists, and at the minute I'm not sure which way they would vote on a border poll," he says.

"We must explain to a million working class unionists what the future holds for them."

The Workers' Party President recognises that a border poll is likely in the time ahead, and says that, if push came to shove, his party "would campaign for a United Ireland."

The Andersonstown News put it to McCorry that refusing to advocate a vote on a United Ireland due to unionist opinion might appear opportunistic to some.

"You can't declare yourself a secular socialist republican party and not believe in a united working class," he replies.

"We would campaign for a united Irish working class, but we won't shy away from saying that at some stage that the Brits will leave this country. What way they leave it is the problem."

He adds: "We would like to see something substantial that the working class are prepared to accept whatever the outcome is."

The Workers' Party was, of course, borne of a 1969 split in the republican movement, which also led to emergence of Provisional Sinn Féin, who have since become a dominant electoral force across Ireland.

In recent years, the Workers' Party has also been outstripped electorally by other left wing organisations such as People Before Profit and Solidarity.

Asked about the efficacy of standing in elections in such circumstances, McCorry says his party plans to "build in certain areas" with a view to expanding the party's electoral platform elsewhere.

He admits it would be "foolish to believe" the Workers' Party will have a major impact in May's Assembly elections, but remains hopeful that they can win seats in the 2023 council elections.

"If we do the work it's possible, but we have to do the work," he surmises.

On campaigns, McCorry says things like the party campaign for an All Ireland National Health Service, the housing crisis, and food and fuel poverty remain a priority, and the party has made modest attempts to advocate on these issues in circumstances made all the more difficult by the pandemic.

🏥🇮🇪 As a record number of COVID-19 cases have been recorded in recent days both north and south, two Workers’ Party representatives on either side of the border are calling for a high-quality and accessible all-island healthcare system.

He says the Covid situation has made it "very difficult to generate anything". However, the party has campaigned for homes on the Mackies' site, made donations to food banks, and held stalls on back-to-school costs in recent months.

"We've been trying to get ourselves involved in what the working class thinks is important," he says.

The pandemic has, as the Andersonstown News identifies, seen a slight upswing in workers' struggle, with workers in academia, the Derry docks, the Belfast Hovis factory and many others taking strike action.

Asked how The Workers' Party has related to this struggle and supported workers, McCorry says his party sent a letter of support to the dockers a year ago.

He continues: "What people there are within the trade unions they are active in their branches doing what they can."

He expresses hope that more "poorly organised" blue collar workers may be able to make gains in the time ahead.

In November, The Workers' Party held its first party Ard Fheis since the split and McCorry says they remain focussed on the future.

During that Ard Fheis he became the first Belfast man to hold the position of Workers' Party President.

The conference also saw an historic vote following which the party became the first in Ireland to formally back nuclear energy as an alternative to fossil fuels. The party brands this "the type of radical action required to tackle the climate crisis".

Speaking about this policy, McCorry says: "Things have moved on and the position has become too critical to draw back – it's one or the other.

"Wind power isn't going to provide the power for mankind. If someone comes up with alternative we're more than willing to think about it and discuss it, but at the minute the only alternative we can see is nuclear power."