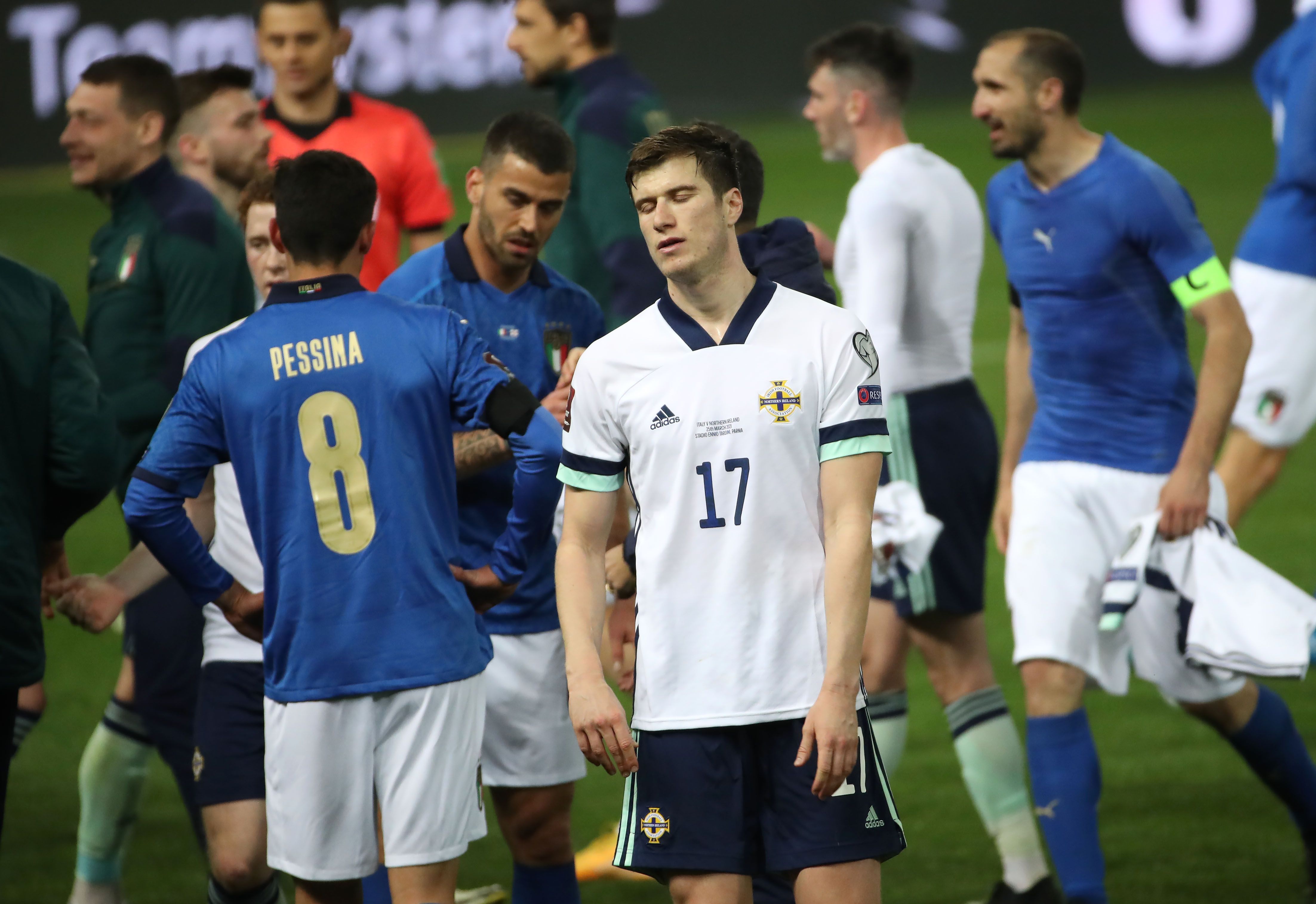 NORTHERN Ireland manager Ian Baraclough says his team “should have got more for their efforts” despite an opening defeat in their World Cup 2022 qualifying opener.

First-half goals from Domenico Berardi and Ciro Immobile was enough for the Italians at the Ennio Tardini Stadium in Parma.

Baraclough remains winless as manager in 90 minutes - his only success being a penalty-shoot out win over Bosnia-Herzegovina.

The visitors improved in the second-half with Gavin Whyte, Michael Smith and Paddy McNair all going close.

Speaking to Sky Sports after the game, Ian Baraclough said his team need to believe in themselves more.

“We were far too passive in the first half. We sat off and showed them too much respect,” he said.

“It was a better second half. We created chances and should have took at least one of them. It might have made it a frantic end to the game for Italy.

“We need to believe in ourselves more. We moved the ball much better and played with more intensity in the second half. It was more like the team I know we can be.

“I couldn’t fault them for their second half. They should have got something for their efforts.”

Italy have never lost a World Cup qualifier at home and controlled possession early on in Parma.

The hosts took the lead on 14 minutes with a superb finish from Domenico Berardi following brilliant vision from Alessandro Florenzi to pick the run of Berardi out and from a tight angle he drilled his effort beyond Bailey Peacock-Farrell. It was the Italian's third goal in his last three games for his country.

Northern Ireland found it difficult to get the ball off Italy thereafter and were undone on 38 minutes following a rare venture forward.

A quick turnover by the Italians saw Ciro Immobile race through on the left-hand side and fire past Peacock-Farrell who really should have done better and double the Italians' advantage.

Northern Ireland came out brightly in the second half and a Gavin Whyte shot was fired into the side-netting early on.

On 57 minutes, Northern Ireland created two big chances within a few seconds as first, Italy made a hash of a pass back to the goalkeeper and Gavin Whyte reacted quickly, only to stab the ball at Gianluigi Donnarumma from close-range. The ball was recycled and Donnarumma was called into action again to deny Michael Smith.

The visitors looked far more dangerous and Jonny Evans was unlucky to see a cross flash across the Italy goal but Josh Magennis could not apply that killer touch as Donnarumma clawed it away.

Northern Ireland’s best chance came on 88 minutes following great play from Davis who found Paddy McNair but he blazed over from close range.

It ended in defeat for Northern Ireland in Parma but attention now turns to a friendly in Belfast against USA on Sunday before their second World Cup qualifier at home to Bulgaria next Wednesday.