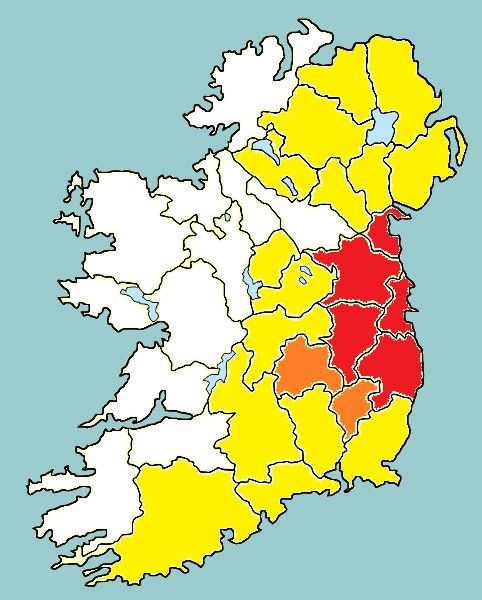 A yellow weather warning has been issued for the North

A YELLOW weather warning for snow is in place as the north prepares for the arrival of the so-called ‘Beast from the East’.

The warning, issued by the Met Office, will remain in place until midnight on Saturday.

Scattered snow showers are expected to cause some disruption later on Wednesday, with temperatures set to fall to -5C.

On Thursday, a weather system, named as Storm Emma by the Portuguese weather service, will move north bringing moisture before meeting cold air with subsequent snow and further disruption expected into the weekend.

Councillor Matt Garrett is advising Belfast residents to take all necessary precautions for the severe cold and heavy snow over the next few days.

“Weather warnings have been issued by the Met Office for today, Thursday and Friday with regard to heavy snow,” he said.

“In addition to that, it is expected that the temperature will drop significantly from today for the next few days.

“I would ask people to check on their elderly neighbours over this coming period.

“I have been in contact with the Council to request additional supplies of grit are made available in communities.

“Council officers will also be meeting to focus on their response to the weather warning.

“We will also be in contact with Roads Service to ensure full priority is being given to public safety and to keeping main roads clear.”