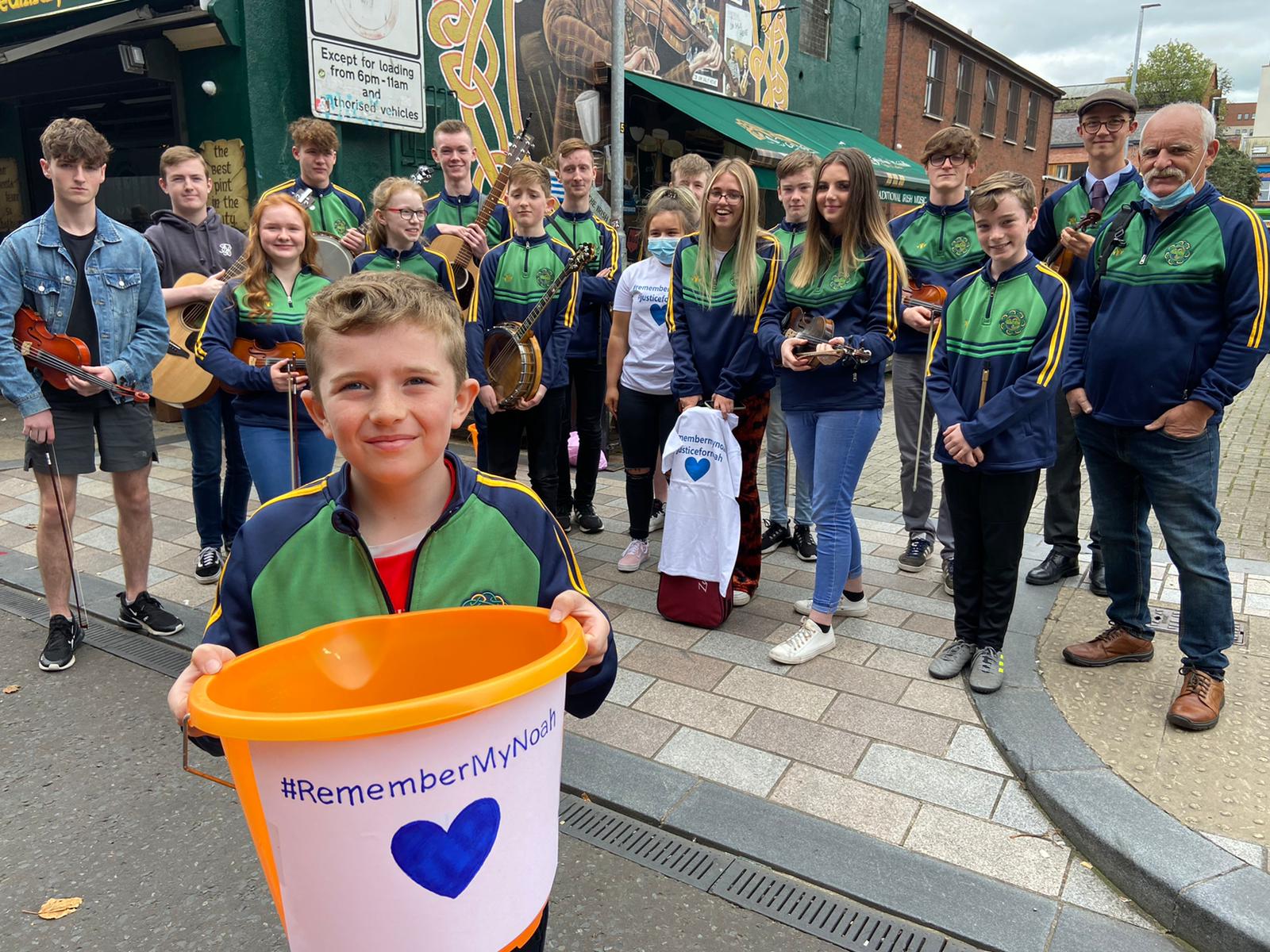 Young trad musicians from the Glengormley School of Traditional Music have been busking in Belfast city centre to raise money for the campaign for truth around the death of Noah Donohoe.

Some of those who took part were school friends of the 14-year-old at St Malachy’s.

Ray Morgan, chairperson from Glengormley School of Traditional Music, said the young people were busking around the town “to raise awareness for the Justice for Noah campaign”.

“There’s about 15 to 16 kids here today – ten are from St Malachy’s college that Noah went to. Noah was a member of the traditional group at St Malachy’s.

“The aim is to raise awareness for the campaign and to raise a few pound as well, but more importantly the kids will get some benefit from it as well.”