40 stunning shades of green (under 40) bridging the broad Atlantic 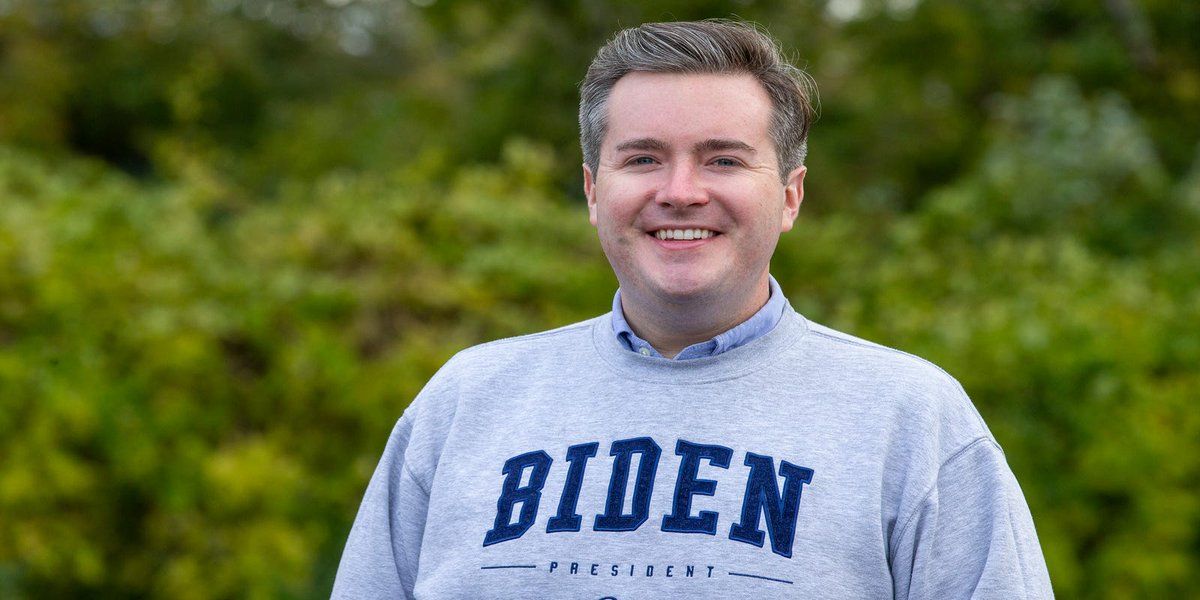 CLASS ACT: We're not saying that every former Irish 40 under 40 ends up in the White House but we weren't surprised when John W. McCarthy from the Class of 2015 was last week appointed to his top team by President Biden.

My favourite event of the Irish Echo calendar is the annual 40 under 40 hooley saluting America's fabbest young leaders who have Ireland etched on their soul.

That's not just because it was the last Echo event I got to attend in person in the Big Apple, in February past, before the Covid curtain came down. Though after an airport-free year, there is that, admittedly.

It's more due to the exuberance, ebullience and good, old-fashioned energy which fills the room every year when we bring the pride of Irish America's up-and-coming leaders together.

On 26 February, we will field a new generation of Irish American high-flyers at the 40 under 40 but this time the high-fives and hurrahs will take place in homes across the US rather than in the fabled Rosie O'Grady's hostelry in Times Square.

That might be seen as a reason for despondency by some but in the Covid wars, conceding any ground to this pestilence is not an option.

That's why we intend to rise to the challenge of making the 2021 Irish 40 under 40 a stunning success. In fact, we're so confident that it will be an unmissable evening that we're not only setting ourselves the target of attracting 500 guests — twice the audience we had in New York — but we are going to charge those honoured guests $9 entrance as well to contribute towards the public service journalism of the Irish Echo which has been championing Irish America since 1928.

Our first step is to restore the bridge to Ireland which has been down since air travel between the mothership and America was effectively shut down in March 2020. This represents the biggest breach in air travel between the US and Ireland since commercial aircraft connected the two. To connect anew, we're going the whole hog and co-ordinating our celebration from the NIAVAC studios in Belfast. Sure it'll be 11pm local time by the time we get underway but that's the optimal time to kick off a party — even for parties of one — on a Friday night.

We're also capturing the moment by inviting Rachel Rollins, the District Attorney for the Boston area – who memorably describes herself as "the new Black Irish" in the Netflix series Time — as our guest speaker. Ambassador Dan Mulhall, renowned as both the most senior Irish diplomat in the US and as a poetry fan with a knack for capturing the political zeitgeist, will also pitch his virtual tent in our online ballroom.

Ahead of the inauguration of Pres. @JoeBiden who has a fondness for Irish poetry, I will be posting some readings in the coming days. Here is Peter Fallon’s poem, A Winter Solstice.
“The days will stretch and we survive
..
to reap the honey of the hive
of history.” pic.twitter.com/vnNoarVkII

But our most distinguished guests will be our honourees – 40 wonderfully talented new kids on the block. I won't do the whole roll call but here's a sampling:

A graduate of UU, Connor is a key driver of the Irish Railroad Workers Museum in inner-city Baltimore, the most important working museum marking the contribution of the Irish in building America.

Kekoa, of "blended" Scots-Irish and native Hawaiian heritage is a powerhouse for the Irish-Hawaiian Community and a leading business figure. He has been instrumental in lobbying for legislation aimed at working for peace and justice for the people of Hawaii.

Ciara Archer is a staple in the Arizona Irish community.  She has chaired the International Famine Commemoration held in Phoenix Arizona in the fall of 2019 and is the youngest-ever director of the Irish Cultural Center located in Downtown Phoenix, Arizona.

Could not be more excited or honored to be a part of this amazing, amazing team.@JoeBiden is the right leader for this moment, and I can’t wait to get to work! ☘️ https://t.co/s9ebki71qn

There are 36 others. All of whom are equally impressive and are living the Gospel instruction: "To whom much is given, much will be required."

With young leaders like this, the future of Irish America — often written off — is brighter than ever at the very time when the most Irish-American US President in a century is calling for his compatriots to put their shoulder to the wheel. I have no doubt but that his call will be answered 40 times over by the Irish Echo class of 2021.