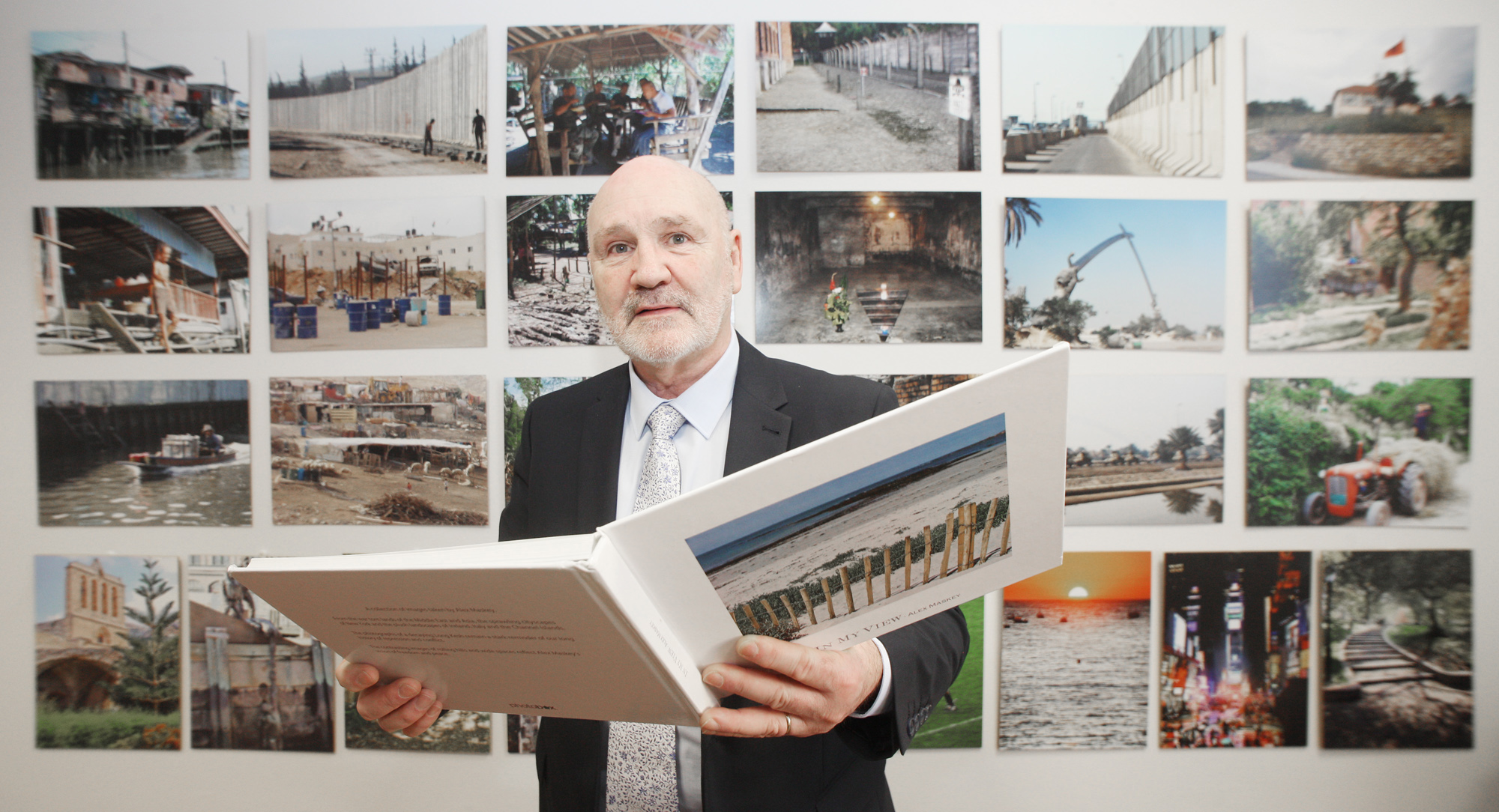 A KEEN EYE: An amateur photographer, Speaker Alex Maskey looks at a collection of photographs that he has taken from over the years

NEWLY appointed Speaker of the Assembly Alex Maskey says he intends to set structures which will be ultimately “underpinned by respect”.
Sinn Féin and the DUP re-entered devolved government after the two main parties supported a deal to restore the political institutions in the north following its collapse in January 2017.
Having entered Stormont as party whip in 1998 and just days into his role as Speaker, Mr Maskey said that while it’s “early days” he is getting down to the work at hand.
Mr Maskey, a republican stalwart and the first Sinn Féin councillor to enter City Hall – going on to become Lord Mayor of the city – was appointed Speaker in a surprise late development which dashed the hopes of the SDLP’s Patsy McGlone.
“I do realise the the importance of it,” he said. “The Assembly is an important part of the Executive overall and obviously all eyes are on the Executive, as to what the Ministers, the government actually does here. I want to make sure the Assembly reflects the new opportunity we have and have said to members both publicly and privately that I have to try and set a standard here of respecting everybody no matter who is in that chamber, they are all equal. The people who vote for them are equal. It’s about respect at the end of the day and I have to earn that as well.”
The West Belfast MLA said that his take on the dynamics of the new functioning Assembly going forward is that “it’s very important that it rises to occasion”. Having met with British Prime Minister Boris Johnston, Taoiseach Leo Varadkar and Tánaiste Simon Coveney, Mr Maskey said that both governments need to “respect that as well”. “We’ve got to respect political difference and we have to manage those,” he said. “I had very constructive engagements with them on Monday, obviously the substance of their visits was dealt with by the Executive.”
Impartiality in his role as Speaker is a core element of the post, he said.
“I had been pushing very hard on securing the funding that was announcement by the Department for Education for West Belfast schools. When it was announced about St John the Baptist I couldn’t even comment on it as I was in the ‘chair’ and that is the type of thing that your constituency needs to see a result on. There are little restrictions in this role but I will try to manage them.