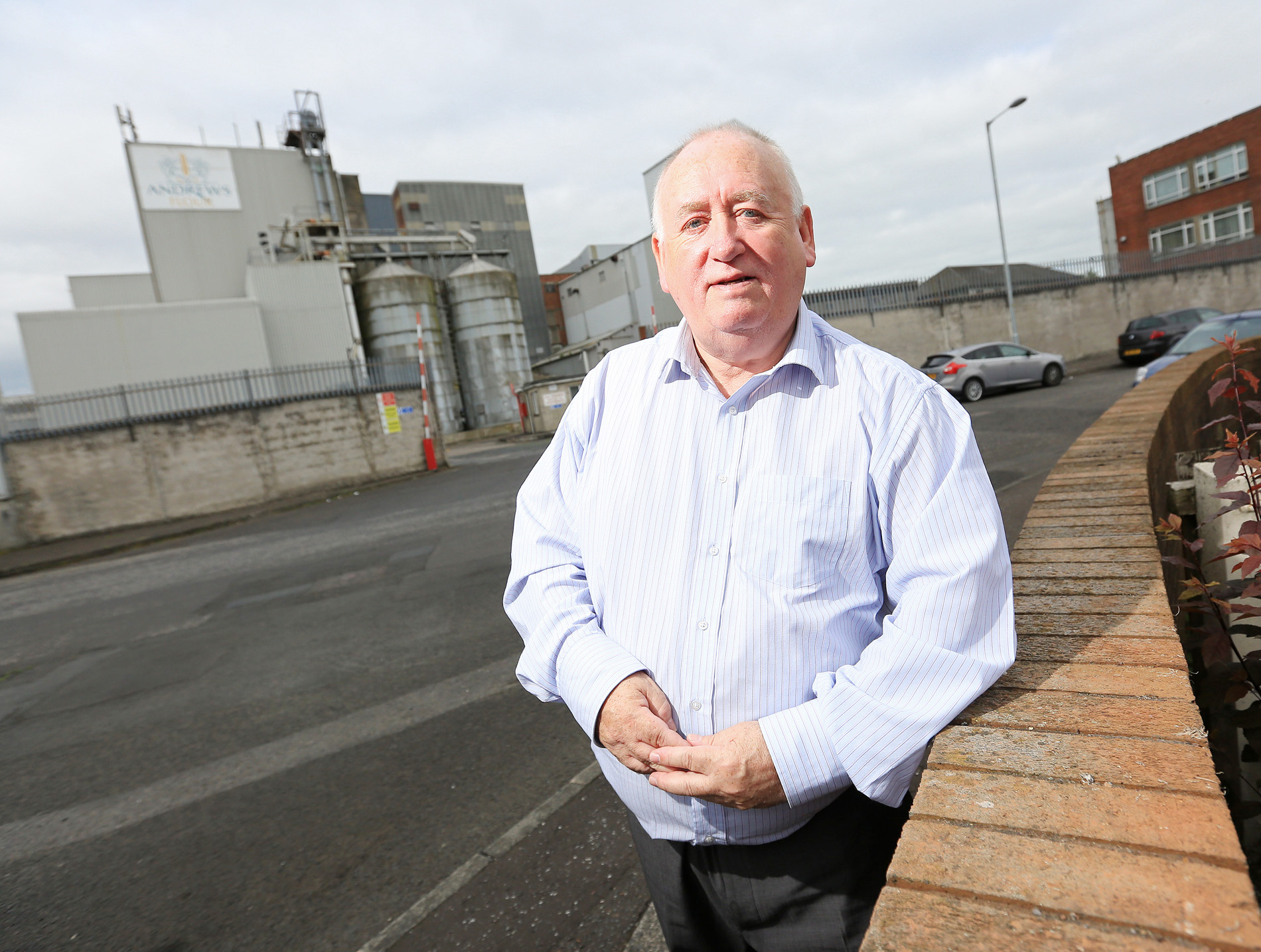 Fra McCann MLA at Andrews Flour Mill in Percy Street, which is likely to move to the Harbour Estate, taking 30 jobs from the Falls

RESIDENTS and politicians have welcomed a new “blank sheet” approach by developers to future plans for Andrews Flour Mill, which is about to leave the Falls, taking 30 jobs with it.

The four-acre site in Percy Street had originally been earmarked for 395 apartments, a nursing home, shops and offices. But that project was refused planning permission in 2012 after a petition by local residents, backed by elected representatives, saying it would “over-saturate” the area, increase traffic and have an “overpowering effect” on the community.

Sinn Féin MLA Fra McCann told Daily Belfast that he had been contacted by Design and Management Architects, who are drawing up the plans, to look at “a new approach to future proposals”.

“Obviously we were concerned that a similar proposal would be resubmitted to planners but at the recent meeting we were informed than rather than submit a similar plan they explained they are coming at this with a blank sheet which would allow a wide range of local and West Belfast interests to be discussed over the best possible use of the site,” he said.

“Andrews is still a working mill, currently employing 30 people, and if a sale is to go ahead it is my understanding the operation would be moved to the Harbour Estate.”

“I have advised the developer of the wide interest in the site, not least the huge tourist potential of the nearby International Wall. I have explained I will facilitate a wider meeting to look how this can be processed,” he said.

‪”Uppermost in my approach is to ensure the protection and security of the local community and a development which would provide employment and housing for those local people on the waiting lists in West Belfast.”