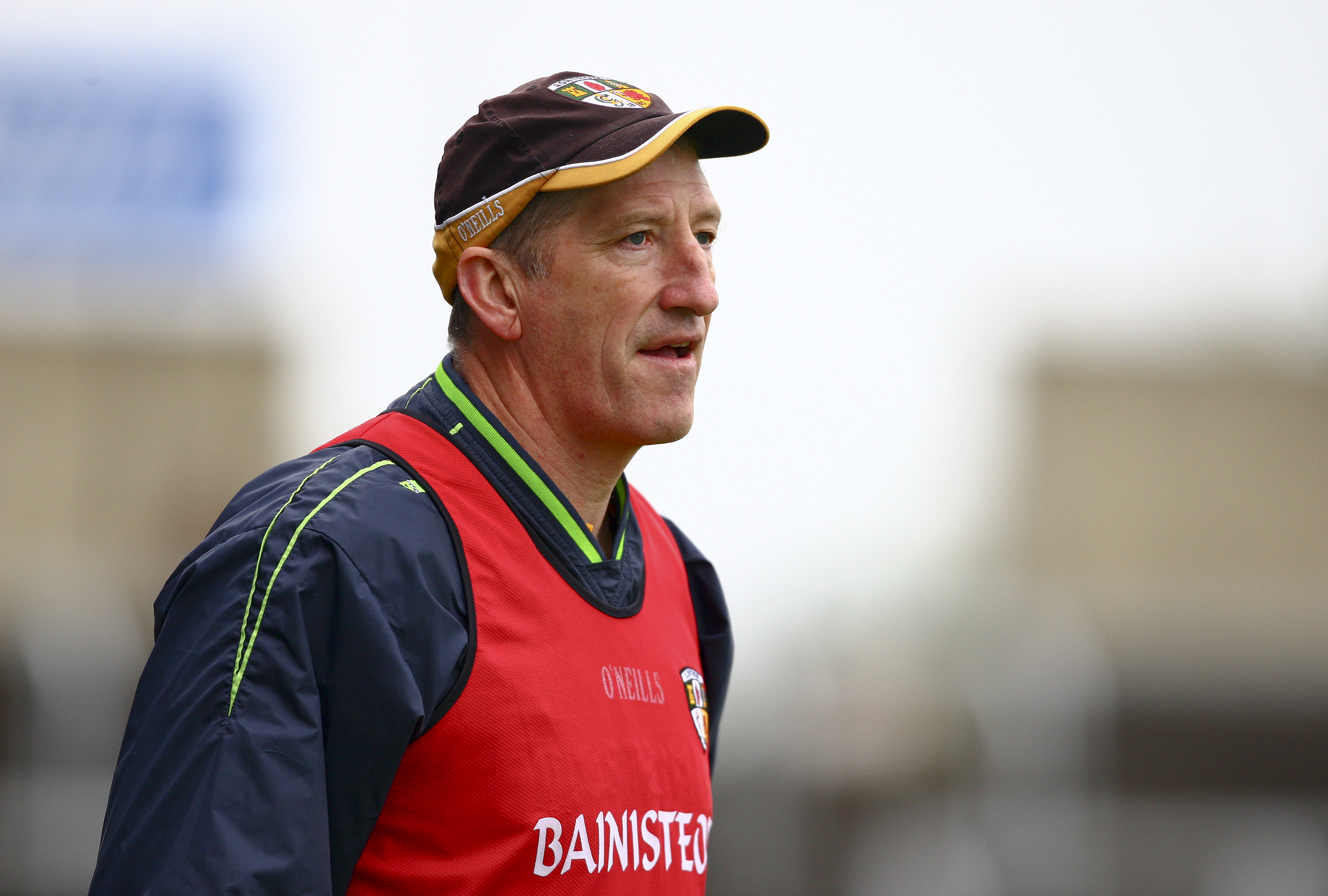 OUTGOING Antrim manager Kevin Ryan says too many in the county see Saturday’s All-Ireland U21 semi-final against Wexford as “an inconvenience” and slammed the apathy towards the fixture in the county.

Earlier this month, Ryan announced his intention to stand down when Antrim’s interest in this year’s U21 Championship ends. That being the case, the bookies will lay short odds on Antrim’s tussle with the three-in-a-row Leinster champions being the last time Ryan takes charge of the Saffrons. Few give them any sort of hope of extending Ryan’s tenure beyond Saturday’s tie.

While managers will often downplay their side’s chances of success, Ryan just about stopped short of writing off Antrim’s chances against the Model County. His downbeat outlook stems from a lack of meaningful preparation and Ryan fears that his side are severely under-cooked ahead of the clash at Semple Stadium.

Injuries to Paddy Burke (broken foot) and Niall McKenna (broken fingers) and club fixtures have meant that Ryan has struggled to acquire players for training sessions.

“We are dealing with an extremely limited panel,” said Ryan. “It is impossible. It is a joke to be honest. The apathy towards it – it is treated like an inconvenience. Bar about 15 players, to everybody else in the county it is an inconvenience.

“It is understandable and that is their attitude. There are knockout (club Championship) quarter-finals the week after the All-Ireland U21 semi-final. The clubs want them 100 per cent focused on the club.

“All we have managed since the Ulster final was a match against Portaferry. There was no Antrim team interested in playing us or helping out.”

It’s feared that lack of preparation could see Antrim ship a very heavy defeat on Saturday against a slick Wexford outfit.

Ryan’s side had little difficulty in beating Armagh 6-22 to 0-7 in their Ulster Championship semi-final, before securing a seventh consecutive Ulster title with a 1-19 to 0-17 win over Derry.

However, the Saffrons face an enormous step up in class as they go toe-to-toe with a Wexford side who had 17 points to spare over Kilkenny in the Leinster final.

“You look at Wexford and they beat Kilkenny by 17 points and it could have been more – it is a nightmare scenario, to be honest,” admitted Ryan.

“The most we could hope for was to have the last two or three weeks to prepare with a reasonably settled team and getting a few games to play a system and maybe review it in one night’s training. We couldn’t even get that.

“Up until last night,13 was the most we had at training. There is no point in dressing it up and saying maybe this and maybe that. You just feel so sorry for those genuine lads who keep putting their body and time on the line. They know we haven’t got a huge chance but they just want to play for Antrim.”

When the sides last met in the U21 Championship, Antrim weren’t given much of a chance either. Prior to the 2013 semi-final, the bookies made Wexford an incredible 1/80 favourites for the game, but Antrim caused one of hurling’s greatest-ever shocks and goals from Ciaran Clarke and Stephen ‘Stoogie’ McAfee gave them a famous 2-15 to 1-16 win at Semple.

While Antrim lost out to a fine Clare outfit in the All-Ireland decider, their final appearance hinted at a brighter future for the county’s senior side. Alas, the recovery was short-lived and Antrim have endured one of the most torrid seasons in recent memory and will ply their trade in Division 2A in next year’s hurling league and compete in the Christy Ring Cup after relegation from the Liam MacCarthy.

To say that expectations of the U21s this weekend are low would be a massive understatement. Two years on from that semi-final clash and Wexford are even more nailed-on with the bookies – they’re 1/100. Asked if there were there any similarities with 2013, Ryan replied: “None whatsoever.”

“The difference then was that we still only had a dozen or so boys training but they were the same dozen or so and they were preparing and training hard for it. When the chance came, they were in a position to take it.

“When you take Paddy Burke and Niall McKenna out of the 19 that we had togged out for the Ulster final and one or two others who just don’t bother their arse turning up and wouldn’t have the decency to tell you, it doesn’t bode well.

“It sounds very negative but that’s where we are at. You are bringing on lads who really aren’t ready for it and who probably need another year. It is so frustrating. Really they would be better off not in it.

“That’s my honest feeling on it. You look at teams in Munster, the likes of Waterford, Cork and Tipperary who are out of it and the amount of work and time and effort they have put into it. They probably don’t deserve to be out of the U21 Championship so early.

“With the whole structure in Antrim – maybe they would be better off in the ‘B’ Championship or not in it at all.”

Ryan’s comments ought to act as a wake-up call for a county which has signally failed to push on from the 2013 semi-final win over the Model. That victory marked the high point in Ryan’s tenure with the Saffrons.

While the Johnston siblings, Ciaran and Conor, Ryan McCambridge and Tomás Ó Ciarán have senior inter-county experience, Antrim simply don’t have the strength-in-depth to challenge the elite teams at U21 level.

In the absence of McKenna, St Enda’s attacker Cormac Ross could be recalled to the starting 15 while Ballycastle’s Saul McCaughan was drafted in for the Ulster final win against Derry. Rossa’s Deaglan Murphy is also an option to slot into the half-forward line.

At the back, Ryan will have to rejig his defence with full-back Burke sidelined for the next few weeks.

McCambridge, who captains the side, could drop back from centre-back while his Cushendall clubmate Eoghan Campbell is another candidate for the full-back position.

One thing’s for sure: the duo, wherever they start, will have their hands full on Saturday afternoon.

Against a depleted Antrim team, the Slaneysiders’ forward unit could rack up an eye-wateringly high tally.

That would be a sad way for Ryan to depart. Given the time and effort the Waterford native has invested in Antrim, the least he deserves is a solid, accomplished display from his side.

In sport, though, you don’t always get what you deserve.