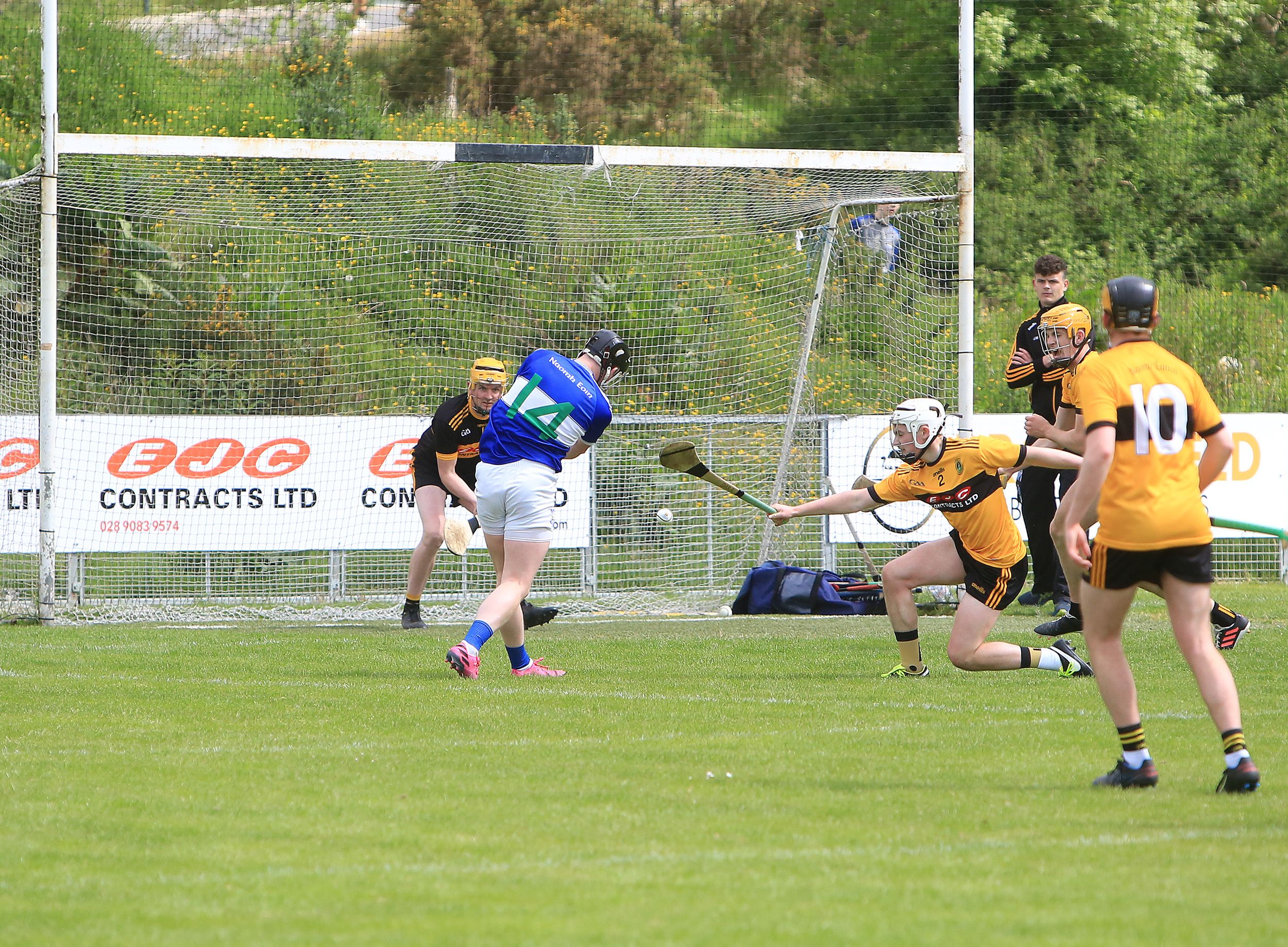 The Johnnies controlled this game from start to finish and were out of sight by the half with the hosts reduced to 14 as full-forward Niall McGivern was shown a second yellow card.

The West Belfast outfit kept their foot on the gas in the second period and finished with a flourish to complete a good afternoon's work for Brian McFall's charges.

With Aaron Bradley in fine form for frees, St John's were able to start building a lead as the wing forward landed a couple with Peter McCallin also getting in on the act as the Johnnies led 0-5 to 0-1 at the water break.

The sole Naomh Éanna point came from Cormac Ross as the hosts struggled to get anything going in attack with St John's beginning to pull clear in the second quarter.
Eoin Conlan did find his range for the hosts, but this would be their final point of the half with St John's stretching their lead to 12 at the break.

Bradley hit six points with a mix of frees and play, whilst CJ McKenna clipped over a couple and Conal Bohill found his range as the scoreboard read 0-14 to 0-2 in St John's favour with McGivern send to the line late on to compound matters for the Glengormley men.

There was no let-up upon the resumption as Donal Carson hit his first of the day with Bradley adding a free before Naomh Éanna found their first score in 20 minutes thanks to an Eoin Conlan effort from distance.

Carson responded immediately when shrugging off a challenge and then he was in for the first goal of the day when played played in on the left after good build-up play and he produced a compost finish to crack to the net.

Substitute Odhran Carleton then got his name on the scoresheet with Naomh Éanna then enjoying something of a decent spell as they hit three of the next five points with John McGoldrick, Luke O'Conor and Aidan McGowan all on target with Carson and Oisin Donnelly landing the St John's points.

The Johnnies would push on in the final quarter with Peter McCallin finding the net to make it 2-20 to 0-6 and after he added a point, Carleton lashed home a third goal for the visitors.

A trio of Bradley scores followed before McCallin was in for the fourth St John's goal and put a final gloss on the result as St John's avenged a league defeat at the same venue last year.