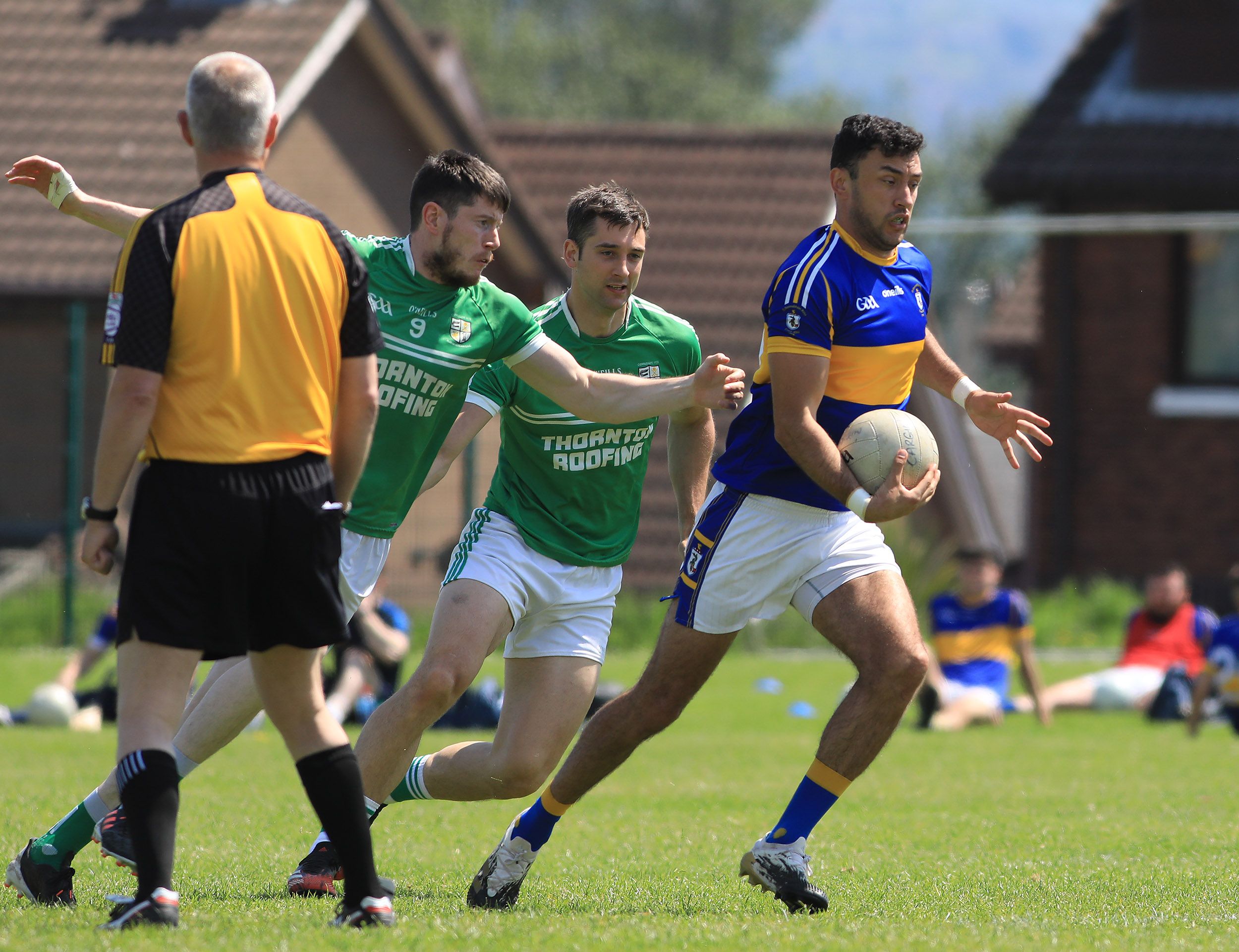 The hosts were full value for their win as they defended well throughout, broke even around the middle and made the most of the bulk of their opportunities.

Both teams were minus a number of regulars and therefore it was an opportunity for younger players to show what they can do at senior level, and both camps will have been relatively happy with what they saw over the hour with some excellent passages of play throughout.

Fleming's goal from a 12th minute penalty ultimately proved crucial in a thoroughly entertaining game between two sides who entered the fray unbeaten in their opening fixtures, with the Rossa win certainly a huge boost to their morale as they moved to the top of Division One.

Cargin, playing into the Sarsfield's end, were first off the mark as Kieran Close nailed a second minute free after John Caron had been fouled, but the hosts were level immediately as Cormac McGettigan bust through to fist over.

A pair of Colm Fleming frees gave Rossa the advantage and it would get better on 12 minutes with that penalty award when Padraic McLaughlin was adjudged to have mould McGettigan when pulling the trigger. It seemed a little harsh on Cargin, but Fleming stepped-up and sent the ball to the net to make it 1-3 to 0-1.

Close responded with a free at the other end, but Rossa had another sight of goal straight after as Thomas Morgan burst in on the left with his rasping shot just clearing the bar before Cargin his their first from play just before the water break as Kevin McShane pointed.

Close and Morgan traded frees after the resumption as Cargin began to get into their stride and finished the half strongly with he final three points. Sean Og Quinn hit the first when making a good break along the right to find his range, with Ronan Kelly adding two more.

Rossa goalkeeper Conal McDonald did well to gather a shot from Mark Kelly, whilst the hosts felt they had a good case for a second penalty when Thomas Morgan appeared to be infringed as he got through to shoot in stoppage time, but the hosts went in at the break holding a 1-5 to 0-7 advantage.

Cargin were on the front foot from the off in the second half, but didn't turn territory and possession into points as Rossa's defence did its job and they punished the visitors with their first real foray three minutes in as Dominic McEnhill collected a good ball inside to turn and score.

The Toome outfit did begin to find their rhythm as Gerard McCorley finished a good move and Mark Kelly then hit the equaliser when gathering a good ball in to turn and split the posts.

Cargin then went back in front  on 41 minutes as they forced a turnover and Paul McCann fired over, but Rossa responded as Niall Crossan guided a shot over before a Close free restored the Cargin advantage once more.

Again, the hosts replied with McEnhill popping to Colm Fleming who curled over a trademark score off his left to leave the sides locked at 1-8 to 0-11 at the second half water break and all to play for.

Rossa were just the little more clinical in the final stages as McEnhill put them back in front and whilst Paul McCann tied the game once again when gathering off a break to burst into space, cut back onto his right and curl over as beauty, the visitors spurned a couple of chances to go ahead.

They were made to pay as Rossa went upfield and won a free that Fleming nailed from distance and he added another deep in stoppage time to seal it.