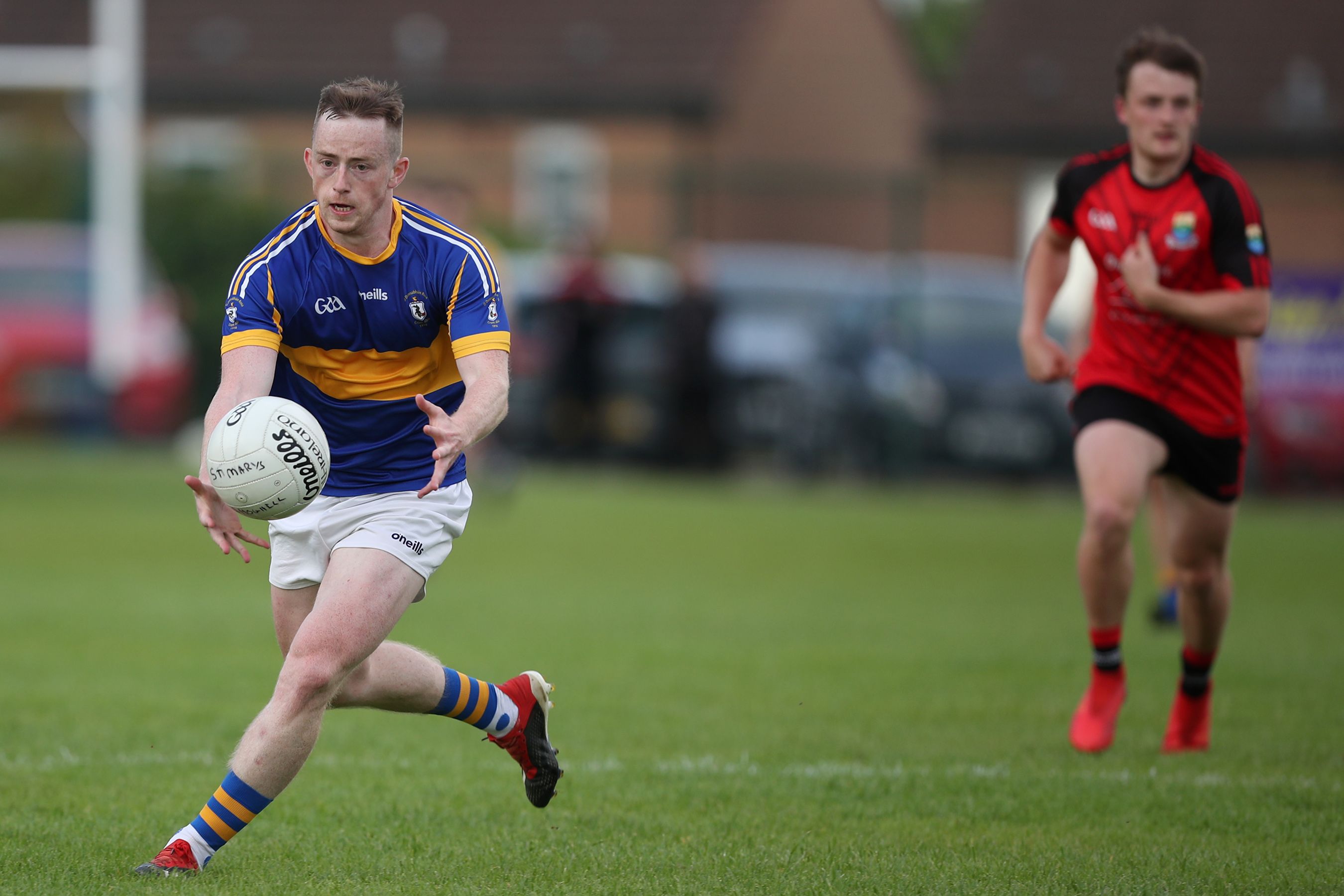 ROSSA remained top of the pile and unbeaten in Antrim Football League Division One, but they were made to work hard for their four-point victory over Ahoghill on home turf last night.

The Belfast side recovered from a slow start to lead at the break, but again took a while to get going after the restart although they finished well to claim the points.

Going into this game, Rossa were unbeaten in four games, while the South West club had yet to claim a point this season and they certainly weren't short of effort on the night, but just couldn't engineer the scores as the hosts had that little extra quality in attack.

It was Rossa who enjoyed a good start as from the throw-in, they went straight on the attack with Dominic McEnhill curling over.

Aided by a strong breeze, the St Mary's men were quick to reply as Tom McGlone slung over an excellent point from range and they began to dominate the breaks to assert control in the opening quarter.

Rossa were having a little difficulty in getting into a flow with Ahoghill putting them under pressure and they conceded a free that was knocked over by James O'Connell on four minutes.

Seconds later, O'Connell would have an even bigger opportunity as his side were awarded a penalty when McGlone was taken down when bearing down on goal, but the wing-forward's shot was too high and he had to be content with a point.

Conor Crossey added another point from a free and then Eoin Graham pounced on a stray pass to gallop through score to leave it 0-5 to 0-1 after 12 minutes.

The hosts gradually settled down and Cormac McGettigan steadied them with score after a good move, but Ahoghill hit back as Graham kicked a beauty from distance.

A Colm Fleming free brought Rossa to within three at the water break and they would push on in the second quarter with a McEnhill free setting them on their way.

Thomas Morgan then hit a fine score after a one-two with Ruairc Murray and while Daniel O'Neill responded with a good point at the other end, Rossa took the lead for the first time on 25 minutes when Richard Gowdy thumped home after Colm Fleming's initial shot was well saved by Francis Neeson from close range.

A James O'Connell free levelled the game, but Rossa enjoyed a good spell as Morgan pointed from play following frees by Fleming and McEnhill, while a Martin Graham point in stoppage time for Ahoghill brought Rossa's lead down to two - 1-8 to 0-9 - at the half.

Just like the first half, Ahoghill made the better start to the second period and James O'Connell was first to register with a point seconds in.

He would then put his team into the lead was a rather fortuitous goal on 36 minutes as he shaped to drive a free over the bar from 30 metres, but the shot dipped wickedly and ended up in the corner of the net to put Ahoghill 1-10 to 1-8 ahead.

However, they were unable to push on as Rossa kept their composure and after Sean Pat Donnelly got their first score of the half from range on 41 minutes, McEnhill again showed his class to make space and curl over the equaliser before giving the hosts the lead from a free.

Gavin McGrath doubled the advantage at the water break with his first touch after being introduced as a substitute and while the scores dried up in the final quarter, Rossa put further daylight between the teams late on as Fleming nailed a free and McEnhill kicked a good score after a breakaway.