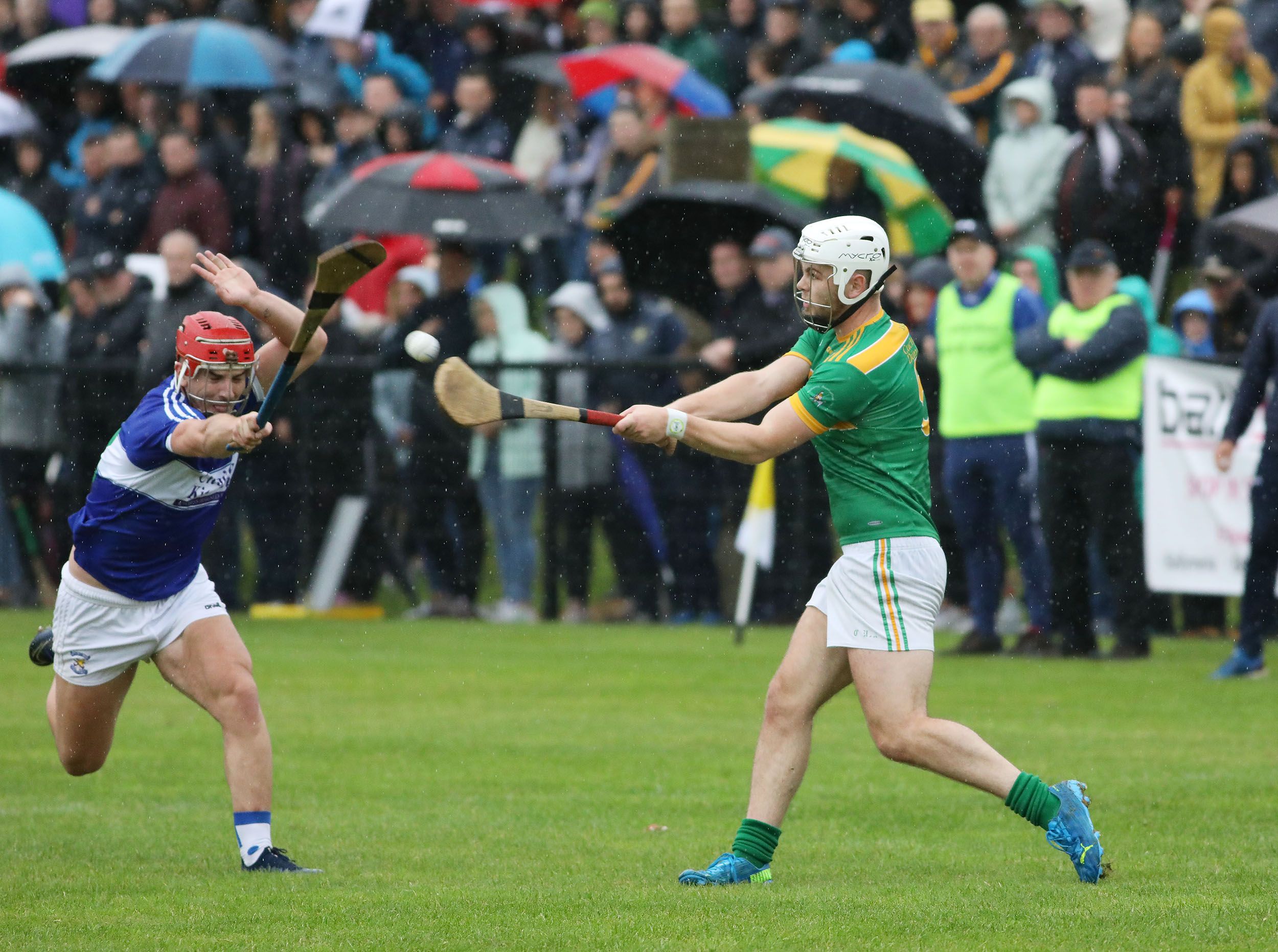 IT took defending champions Dunloy some time to finally break clear to seal a return to the Antrim Senior Hurling Championship final, but they did just that as they saw off the challenge of St John's on Sunday.

The Johnnies will look at some key moments in the game that didn't go their way including a disallowed Domhnall Nugent goal midway through the second period that left those in blue and white fuming, while they were also forced to play almost entirely with 14 men as Ciaran Johnston was sent-off in the second minute.

That left the Corrigan Park outfit with a mountain to climb, but they remained well in contention for the majority of the game having dug in and battled superbly.

However, that disallowed major seemed to take the wind out of their sails and when Keelan Molloy did rattle the net at the other end five minutes later, the Cuchullains finally had that bit of daylight. Molloy was in excellent form, but man-of-the-match was Ronan Molloy who put in an excellent shift on the day.

St John's had some fine performances themselves with Conal Bohill driving them on from the back and the introduction of Aaron Bradley gave their attack more life as he chipped in withy four excellent points.

However, their efforts were not enough as the rain poured in Dunsilly as the semi-final hoodoo remains for the Johnnies.

Dunloy were first on the board through Eoin O'Neill in the opening minute, but then came that huge moment when Ciaran Johnston was red-carded for what appeared to be a strike on Paulo Shiels and this would leave them a little light in attack for the remainder of the contest.

The first half was extremely stop-start with lengthy breaks in play and this did nothing to help the flow of the game, but was perhaps suiting St John's more given their numerical disadvantage.

They were having issues going forward and had just two pointed frees from Shea Shannon until the 27th minute of the opening half that had 11 minutes of added time, while Dunloy just looked that bit sharper as they were able to work the ball into good areas Keelan Molloy, Nicky McKeague and Conal Cunning helping them into a three point lead.

However, until Aaron Bradley hit the Johnnies' first from play, Dunloy only had two further scores on the board from Cunning frees, but they did push the gap out to five with Molloy and Cunning finding their range.

The Johnnies were perhaps a little guilty of chasing goals on a couple of occasions with Ryan Elliott denying Peter McCallin who had a point on offer but in stoppage time they enjoyed a productive spell and Conal Bohill and Shannon raised white, while the latter added another from a breakaway when it seemed Dunloy were in for a goal only for Simon Doherty to thwart Seaan Elliott and the St John's defence scrambling the loose sliotar clear.

When Domhnall Nugent then pointed the gap was just one although a Cunning free left it 0-9 to 0-7 at the half.

St John's will certainly have been happy at this stage as they were well in the game and were back to within one early in the second period with a pair of Aaron Bradley points following an opener from Elliott.

Dunloy were always able to keep their noses in front, hitting five of the next seven scores with Paul Shiels landing a brace with Cunning, Molloy and Elliott also on target, while Shannon and Micheal Dudley kept the Johnnies in touch.

Their big moment came on 45 minutes when Nugent got on the ball as Dunloy goalkeeper Ryan Elliott failed to gather and he burst towards goal, and managed to turn it home. However, after consul attain with his umpires, referee Kevin Parke deemed he had done so illegally and gave a free out to the fury of St John's.

They did get to within three after the water-break when Shannon tapped over a free when Nugent had been hauled down when heading for goal, but the big moment would arrive on 51 minutes for Dunloy when Elliottt made an excellent break and passed to Molloy who raced through and blasted low to the net.

There was a sense this was game over as the rain turned into a deluge with Deaglan Smith, Elliott and Cunning putting a gloss on the scoreboard and the St John's misery was compounded deep in stoppage time when Shannon had his penalty saved by Elliott after Bohill had been trailed down.

This would have been mere consolation, however, as the gap was lout to nine with just seconds remaining and despite a hugely credible performance from St John's, it was Dunloy's day as their bid for three-in-a-row remains intact.