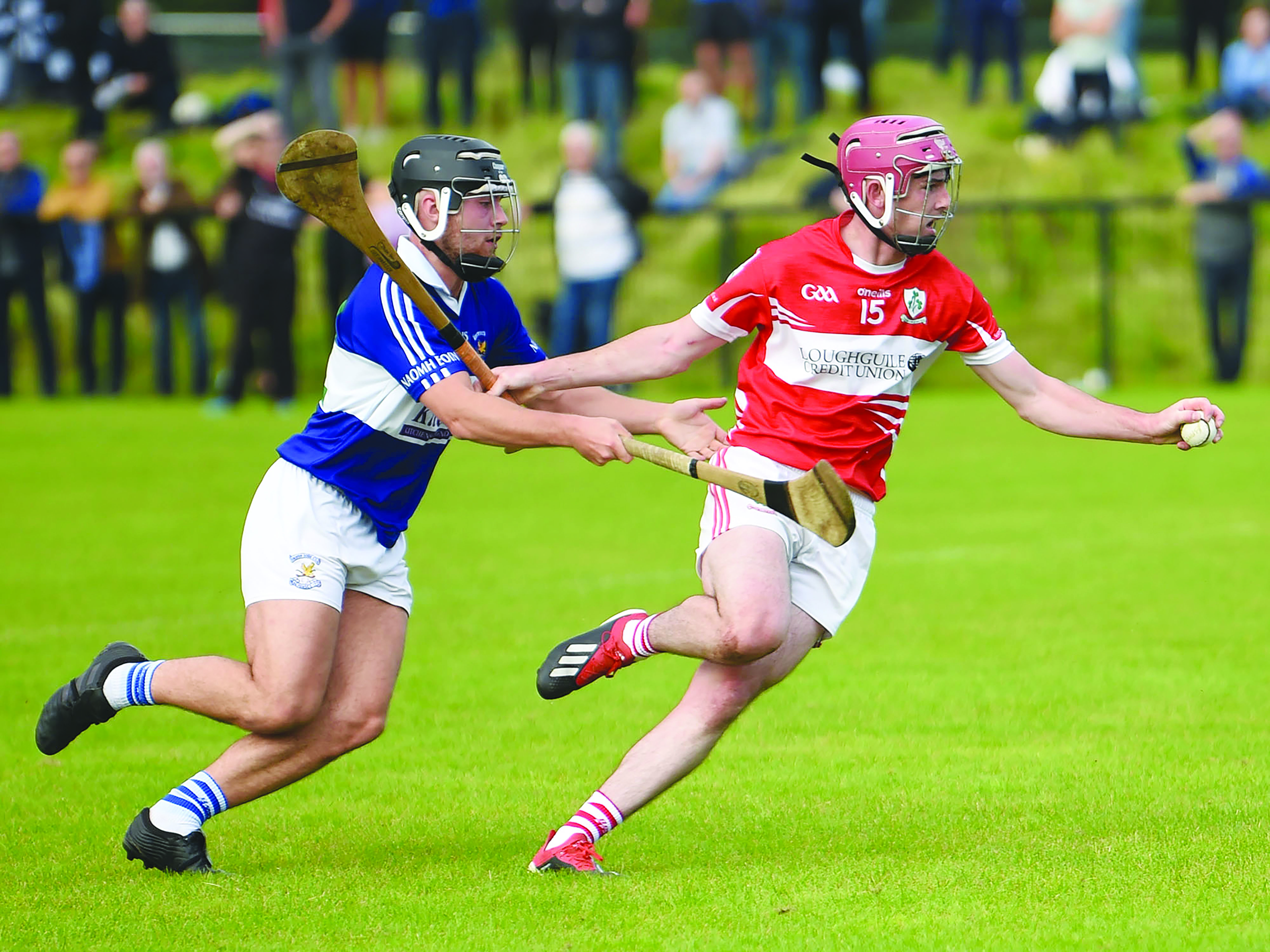 Loughgiel overcame last year’s semi-final against St John’s after extra-time and the sides meet again this Sunday with a place in the last four up for grabs with Portglenone now hosting the game at 7.30pm

ST John’s hurling manager Brian McFall called on the county board to address the long-standing problem of Championship fixtures in relation to dual clubs in Antrim.

McFall was speaking ahead of Sunday’s Antrim SHC quarter-final clash with Loughgiel – which will now take place at 7.30pm in Portglenone following an impassioned plea from the Shamrocks to have the game moved due to a clash with the All-Ireland Camogie final.

Loughgiel have a huge representation on the Camogie squad, including captain Lucia McNaughton and they take on Kilkenny in the Intermediate decider at 2pm in Croke Park.

While the county board eventually moved both quarter-finals, McFall says he can sympathise with Loughgiel’s position, but added that the fixtures schedule as it stands is flawed

Speaking before the throw-in time was moved, McFall stated: “I certainly feel for Loughgiel and I can see their point – they’ve maybe 13 or 14 players on the Camogie team and they’ve family members who want to go to Croke Park.

“We’ve been getting hammered with fixtures over the few years – we haven’t had much fair play in terms of fixtures. We’ve had to play three or four Championship games in a short period of time.

“It is the same scenario every year. Rossa are in the same position – we are the only dual clubs in Division One in both codes. We’ve seven or eight hurlers who would start on the football team and Rossa are the same.

“They played three rounds of the Football Championship before the Hurling Championship started. They then played a round of ‘must-win’ games mid-week.

“We’ve had four training sessions in the last four weeks. Myself and Paddy (Nugent) have been working well and trying to keep the lads as fresh as we can and injury-free.”

He added: “People talk a lot about player welfare – it is ridiculous. You are just hoping players can pull through and focus more on recovery.

“The powers that be who make the fixtures need to look at it urgently – it is asking too much of amateur players.”

On the injury front, McFall is hoping to have a fully-fit panel to pick from if defender Ciaran Johnston and attacker Peter McCallin can recover from knocks picked up earlier in the campaign.

Loughgiel manager Hugh McCann, meanwhile, will be without the services of defender Tiarnan Coyle following his first half red card during last Sunday’s defeat to Rossa at Fr Healy Park.

While the Shamrocks will be hoping to return to winning ways, their opponents are also seeking to bounce back from back-to-back losses to Cushendall and Dunloy in Group Two, but McFall feels his side are slowly, but surely improving after a workmanlike performance against last season’s Intermediate champions Tír na nÓg in round one

The Championship really starts for us on Sunday. Once we got over Randalstown, we were almost guaranteed to get into the quarter-finals at least,” said McFall.

“We didn’t perform well against Randalstown and we were very slow out of the traps against Cushendall.

“We gave them a 12-point head-start and we then played some great hurling for 10 or 15 minutes and brought it back to a two-point game and missed a penalty and had other goal chances.

“I felt we turned in one of our better performances of the season against Dunloy.

“Again, we made a couple of mistakes and that cost us the match. We feel we are improving with every game. There is no safety net now.”

Indeed, despite losing to the defending champions 2-30 to 1-16 last Sunday, St John’s will feel like they are primmed to mount a genuine Championship challenge following several near-misses in recent seasons.

His heroics weren’t enough, however, as a brace of points from Benny McCarry helped Loughgiel to a 2-31 to 5-18 win in extra-time.

“We haven’t had much luck at the semi-final stages of the Championship,” said the St John’s boss.

“It is just trying to get over the line. The semi-final last year. . . we definitely should have come away with a win.

“Before that, we’d chances against Cushendall at the semi-final stages too. If we can get a victory on Sunday, we’ll be back at that stage and it would spur us on greatly.

“They (Loughgiel) lost out to Rossa last weekend, but Rossa have been playing very well and they are in the semi-final on merit.

“We know the tradition Loughgiel bring to the table and someone is going out of the Championship on Sunday.” 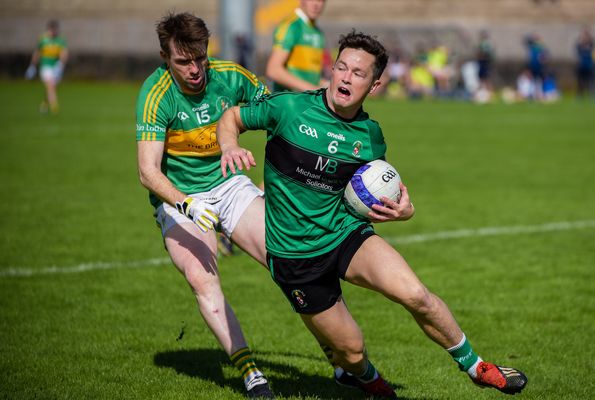 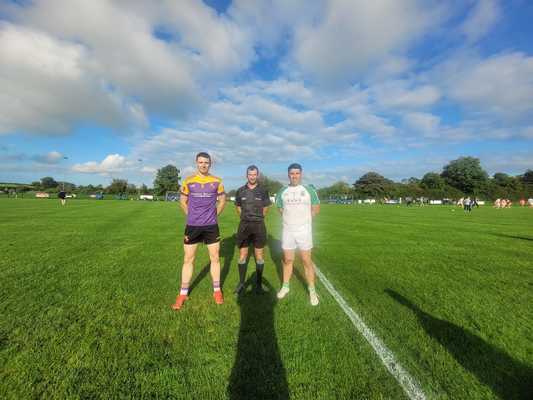 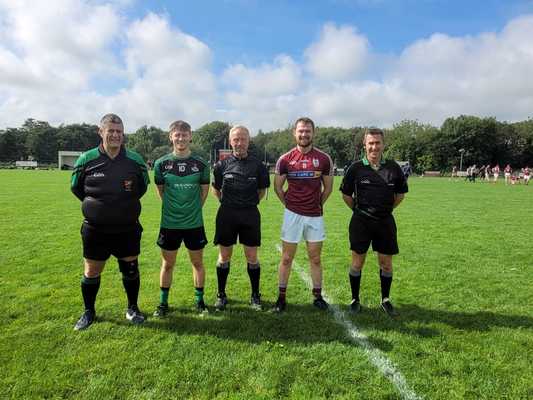