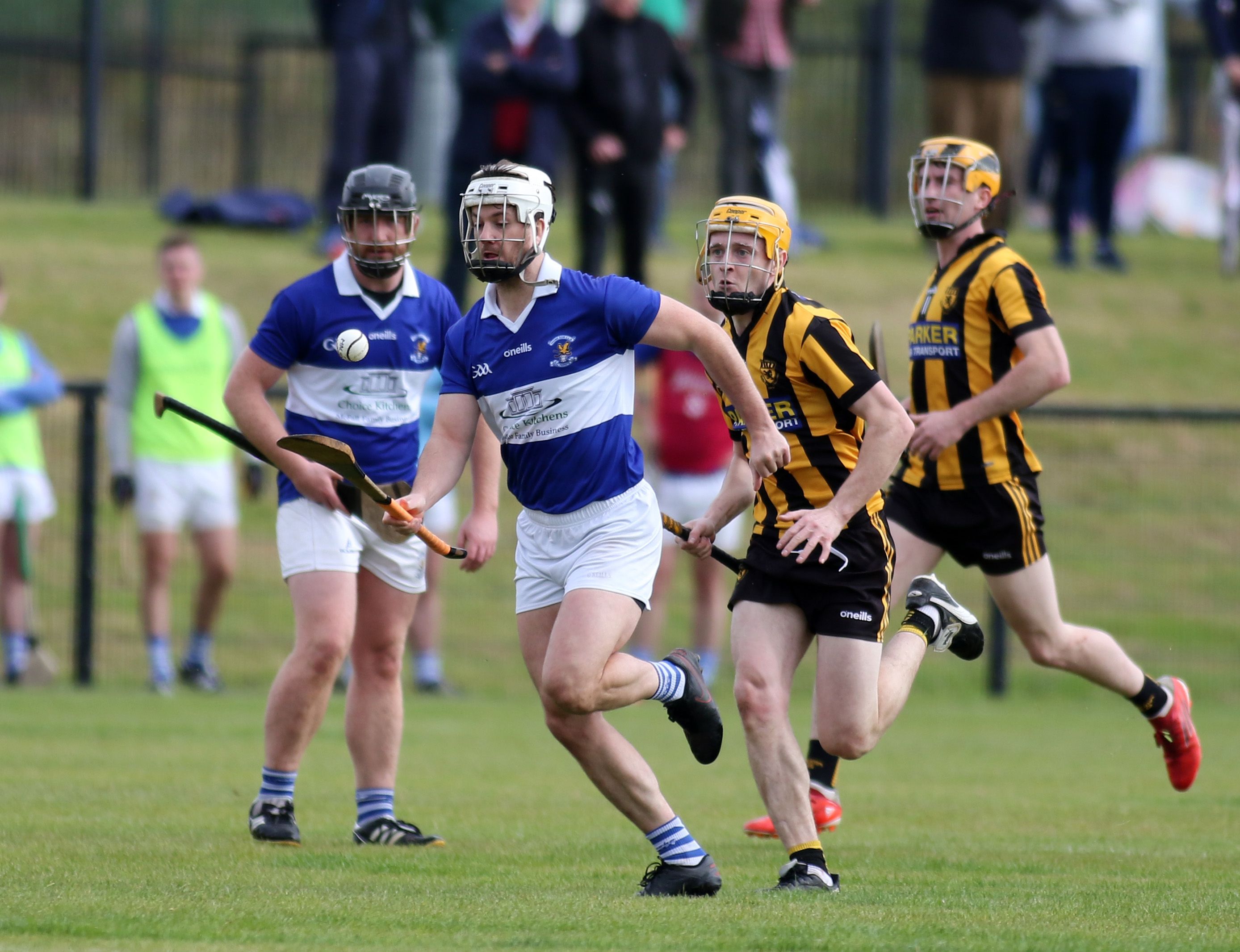 ST JOHN'S just about squeezed through to a semi-final meeting with Dunloy in the Antrim Senior Hurling Championship, but they were pushed right to the wire by Ballycastle at Dunsilly on Sunday afternoon.

The Johnnies created more than enough opportunities, but 15 wides and several goal chances that came and went ensured they couldn't pull away with outsiders Ballycastle snapping at their heels right until the final play.

Rank outsiders for many coming in, McQuillan's put up an excellent display full of endeavour and will look back at some chances missed of their own, but over the course of the campaign, they seemed to grow as a unit.

Any positives may take a little while to sink in as this was a game they could have won, but the Johnnies perhaps just finished the game that bit better despite wayward shooting putting the brakes on their attempts to pull clear and it was a relieved manager, Brian McFall who admits his team will need to improve greatly for their semi-final against the defending champions.

"We had four or five goal chances there, but wrong decision making and they didn't happen," he said.

"We got out of jail today and into a semi-final, so it doesn't matter if you win by one or 15. This is knockout championship hurling and I knew we weren't getting it easy today. I didn't like it being so close, but we survived to fight another day and against Dunloy the next day you have to put the opportunities away or you will be punished. We have a lot to work on over the next few weeks."

It was a slow burner of a game with the sides going score-for-score in the opening quarter.

Tiernan Smyth knocked over three frees for Ballycastle and Diarmuid McShane got their first from play in response to two fine efforts from Aaron Bradley, Ruairi Galbraith's opener and a 65 by Oisin MacManus.

Another two frees from Smyth and a Seamus McAuley effort saw Ballycastle open the gap, but the Johnnies hit back through Shea Shannon and Miceál Dudley.

Ronan McGarry and McShane restored the three-point gap before the Johnnies found the net on 30 minutes as Ciaran Johnston galloped forward and passed inside to Aaron Bradley to lash home.

The sides swapped further points in stoppage time to go in at the break level, 1-8 to 0-11, but St John's upped their game early in the second period with four points through Shannon (two), MacManus and Johnston.

Just as it seemed they were taking a grip, they were punished at the other end as Conall Morgan saw the sliothar spill from his grasp and Smyth took full advantage, galloping through to finish to the net.

But Ballycastle could never get level as St John's kept their noses in front Oisin Donnelly landing from range and Aaron Bradley was forced to settle for a point when Ryan McGarry saved his shot up and over.

MacManus kept the board ticking for the Johnnies with Ballycastle staying in touch through Smyth, Conor Boyd, Joe McToal and a missile from deep by Eoin McAlonan leaving one in it with 10 to play, while Ballycastle passed up a glorious goal; chance of their own when McToal overcooked a pass to the unmarked Tiernan Smyth.

St John's just couldn't get clear with balls sailing wide or attacks breaking down with stray passes, while Bradley was denied by McGarry from point-blank range.

MacManus landed placed balls either side of a Joe McToal score with Ballycastle getting one last chance deep in stoppage time to find a winning goal as a free was lobbed in, but Diarmuid McShane's shot on the turn in a ruck of players cleared the bar as the Johnnies help on.

"The lads went out on their shield there and worked really hard," said assistant manager Shane Staunton.

"There were big opportunities at big times, but St John's are a good team and punished us for lapses in concentration. That experience was probably the difference.

"We have a young team and were taught a harsh lesson in the first two games, but bounced back and we will get stronger from that. We're devastated we didn't get the win today, but the lads gave it all they had."