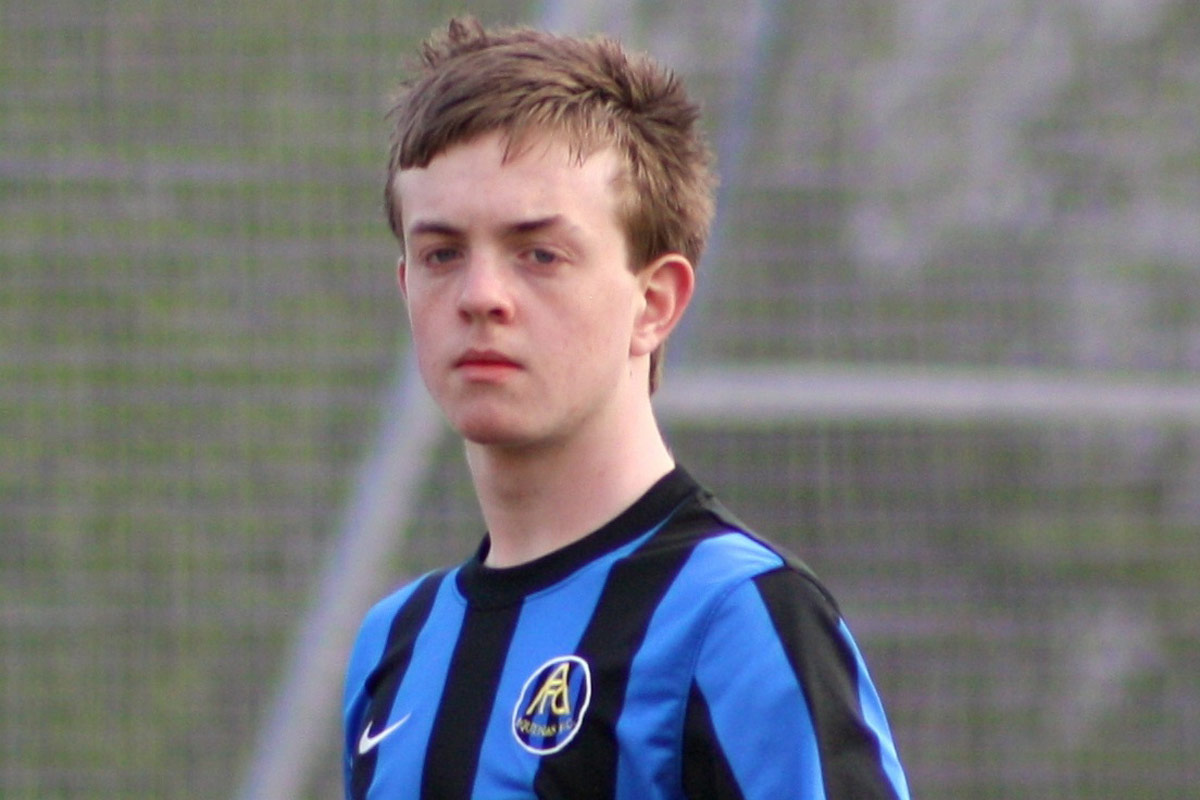 Aquinas extended their unbeaten run to six on Saturday in a stuttering performance against the Saints.

Flowing football was scarce on a smaller pitch than normal as a determined Plunkett side dug in.

The early chances fell to Aquinas as both McCourt and O’Doherty came close with bullet headers and Cunnane blasted just off target following a series of measured Hughes corners.

McCourt’s moment came on 18 minutes when he found the end of a long range Mohan free and volleyed home powerfully.

This was well-deserved for the man of the match who gave his all throughout. Cafolla and O’Hanlon put in good shifts for Aquinas but further goals were not added as expected in the lead up to half time.

Maguire found more space after the break and became a handful for the Plunkett backs, eventually being upended in the box.

He slotted the spot kick home comfortably ten minutes into the half, adding to his ever increasing tally.

The second goal improved the Aquinas performance with O’Connor, Toner and Carson adding stability to the mix.

However, with a quarter left a scuffed kick out landed kindly at the feet of a Saints striker who slid the ball past McGovern.

Maguire responded for Aquinas with another penalty producing sortee, but this time the Saints keeper pulled off a superb save.

Maguire wasn’t disappointed for long though and claimed his second minutes later from a rocket which double ricocheted off him and the keeper before crossing the line.

With two minutes left, a clumsy challenge gave Plunkett a penalty which Walsh drove past goalkeeper McGovern’s fingertips. It was too late for a comeback and Aquinas held on.

Aquinas hosted league leaders Bertie Peacock at Hydebank on Saturday and started with Daniel Foster between the posts.

There was a settled back four with Shay Campbell and John O’Sullivan on the flanks and Ben Doherty and Tom Morrisey in the centre.

James McKenna and Peter Carty patrolled the wings while Eoin Brown was joined in the centre by Callum Webb and Conor Slevin. Paul Bradley led the line up front.

As expected Aquinas were put under the cosh with Tom and Shay performing well but the North Coast lads took the lead.

A free-kick from Ben Doherty and a well-worked header from Eoin, after good play by James, almost brought Aquinas level.

In the second half Conor joined Paul up front as Aquinas went on the offensive.

They created chances, the most stylish of them an overhead kick by Paul.

Many of the Aquinas moves were orchestrated by John O’Sullivan who supplied Eoin Brown and the forwards.

Tom Morrisey’s flick on to Eoin produced one of the moves of the match, but it ultimately ended in frustration.

With fresh legs introduced, in the shape of Niall Richmond, Patrick Magee and Conor O’Hagan, there was no lack of effort by Aquinas.

However, Bertie Peacock are not top of the league for no reason and a couple more goals from them ensured the win. MOTM: John O’Sullivan.

This was a real team game with lots of smart passing, good movement off the ball and plenty of wide play.

This was quickly followed up by a goal from Methembe Khumalo after good play by Damien Magee and Ward.

Goal three was the pick of the day after beautiful play by Oran Boyle, which ended with Ward slotting it past the keeper. Defender Steven Quinn made it four near the end when he glanced an Ethan Carleton cross home.

Steve Quinn was his usual reliable self while Damien Magee and Samuelle Quattromano shone.