ARTS: Student photographers capture the heart with a lightness of touch 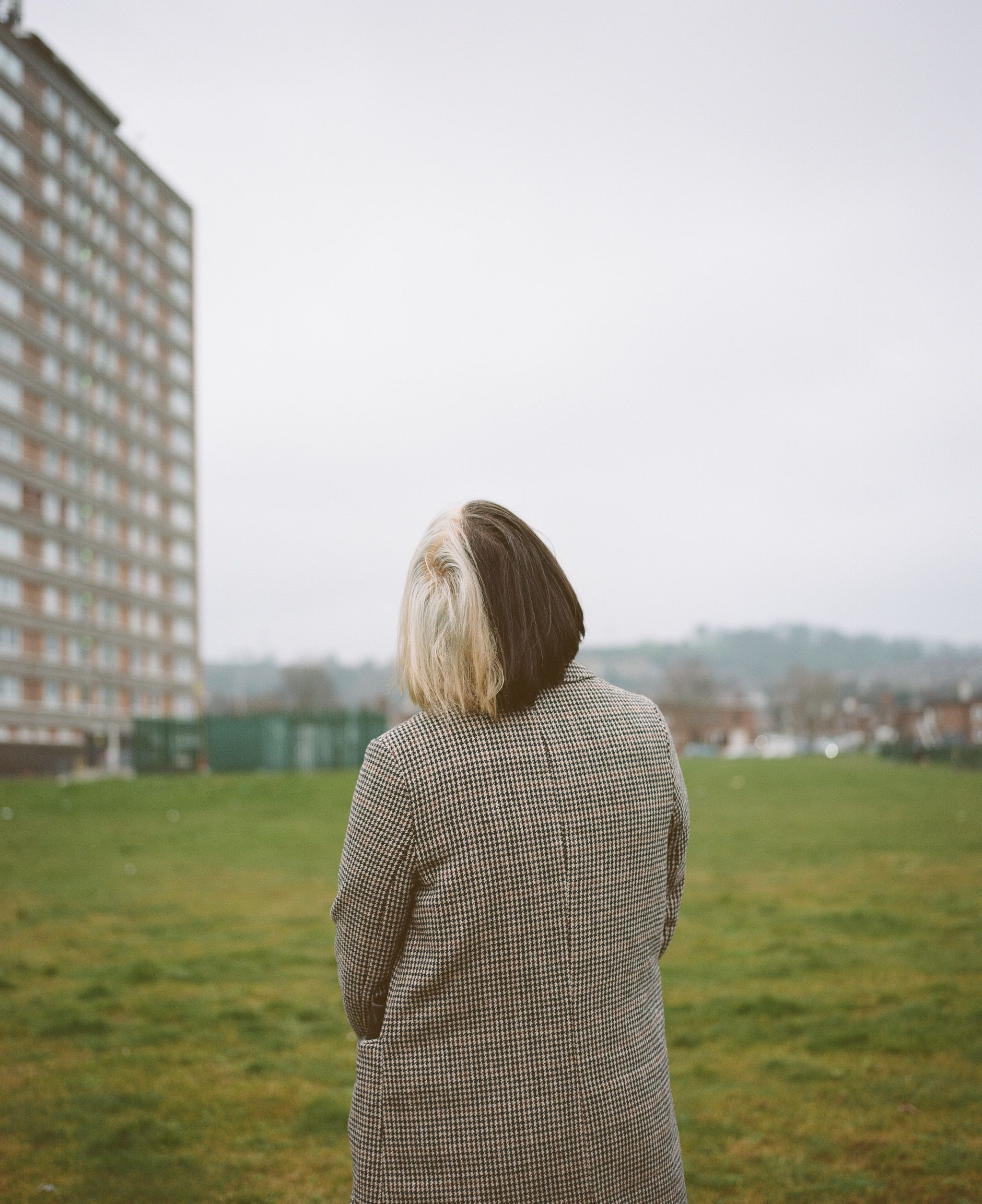 Belfast Exposed Photography Gallery currently has scaffolding around it but do not let that put you off: the sensitivity shown in the 'A Lightness of Touch' exhibition on the first floor gallery features the Masters of Fine Art graduates.

While each person’s work has been carefully and considerately installed, there were two that spoke to me on another level.

Jolane Schaffner’s Homebird series captures portraits of North Belfast locals. Jolane is a German national who has made North Belfast her home, she says of the work: “Homebird is based on my longing to engage with the city and build upon collaborations. Since I moved to Belfast four years ago, I’ve been confronted with its negative representation. But I found myself in a place where people no longer serve as tokens and symbols of the past. Through this work I’ve begun to understand Belfast as a place and as my home”

WE ARE OPEN!!
Here is Jolane Schaffner with her work, 'Homebird' from our @mfaphotobelfast exhibition, 'A Lightness of Touch' on display in Gallery 2. Come on down to see Jolane's work up on display until the 17th of July. @ArtsCouncilNI @UlsterUni @rushdigital @milanoteapp pic.twitter.com/CmAWzgdYLF

Each image has a short explanation about the person captured and, having worked in North Belfast myself for many years, I identified with the quiet honesty captured. Take, for example, Chloe; when people ask her which side is she on she says, “I genuinely don’t have a side because there is no side for me to have. Here is probably the most at home I’ve felt in a long time.”

Or Paddy who,would just like a wee garden. Her series of photographs shines a considered spotlight on an often-overlooked part of the city and its inhabitants.

John Post’s photographic series also featured in the exhibition. 'From the Inside of the Edge' is an exploration of a gay man’s emerging desires and consequent wrestle with guilt. For some, a touch is more than skin on skin but the realisation of who they are.

The image of the focus on the back of  a man’s neck conveys this message. The crop and focus holds a tenderness not often seen. John also explains: "Gay boys become men knowing feelings of confusion, shame and loneliness, and many men struggle with these feelings throughout their lives."

Other graduates' work show the level of professionalism and creativity that the MFA produces as each person takes the time to delve into their inner life and produce a series unique to them.

Swiss artist Marcel Ricki's exhibit 'Aeon' explores radioactive waste repositories. How do we signify to further generations what lies beneath when language or symbols we know today will not endure?

My favourite is making a myth about a radioactive cat. We are very aware that myths endure, perhaps this would be the warning for humanity?

Belfast has room for lots of creativity from artist Jack Packenham. I came across Jck while visiting Paddy McCann’s new show at the Fenderesky Gallery. He told me that at his age he’s “never going to stop painting now.”

I told him I had recently come across some archive footage of him protesting outside the Ulster Museum in the '60s and he smiled.  Paddy McCann had a significant show at The MAC in 2015 and is a well established painter. The Fenderesky show gives space to focus on his recent works.

The Gallery is located at 31 North Street in the city centre and opens Friday and Saturdays from 12- 5pm. Café 21 on the ground floor is the only place in Belfast I know that has poetry books on the table and a reverent atmosphere.

For those of you going further afield at this time of year, an outdoor art trail has been installed at Fort Dunree, Linsfort, on the Inishowen Pennisula. It features seven artists and there is a trail to follow which enables interaction with some of the sculptures.

Closer to Belfast, Portaferry hosts its annual Sails and Sounds festival from July 8-12 and there are lots of opportunities to get on the water if you fancy a row taster?

Featured are A trip up the Lough, kids activities or foraging. For maritime buffs, the PAST Maritime Heritage exhibition show 'Sailors, Shipwrecks and Seaweed. opens opposite the Aquarium.

The Art and Soul international Art and Sculpture Fair at the Culloden felt like a short holiday the day I went out to have a look.

They say luxury is the absence of irritation and that’s how my companions and I experienced the afternoon tea in between art viewing.

It was interesting to listen to children being taken around. “Why is this one £38,000 and that painting £2000, mammy,” one child asked. “I have no idea,” the little boys mother replied.

Anthony Scott sculptures caught my eye. Anthony was a contemporary of a friend of mine at Belfast School of art. He sculpted these animals that seemed to have another worldly quality like he was delving into their soul.

£400 for one of his sculptures in the early 90’s was out of my reach. I see in the intervening years he’s clocked up commissions in the US Ambassador’s residency in Dublin among others and his large bull on the doorstep of the Culloden has a £103,000 price tag!

Outside Patrick O’ Reilly’s bronze teddy bears jaunt up the hill and steal the show. There are a lot of sculptures outside that rely on the male gaze but O’Reilly’s Irish Wolfhounds keeping guard on the threshold to the hotel are a fun welcome to the Indoors where I cannot help noticing that the ratio of male to female artists featured is 25:2. Open until the 18 July. 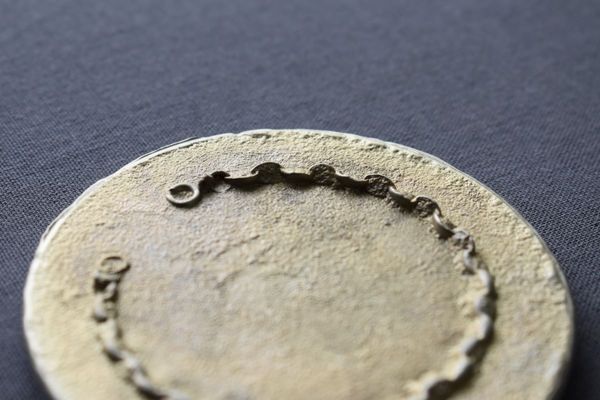 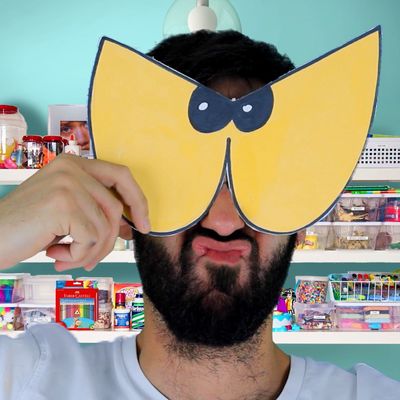 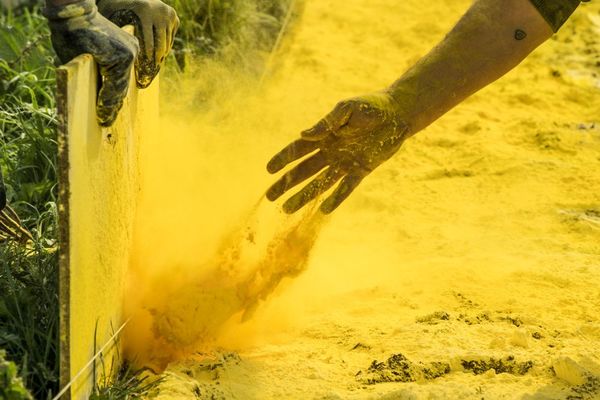