Barrister back in Belfast to speak at suicide prevention event 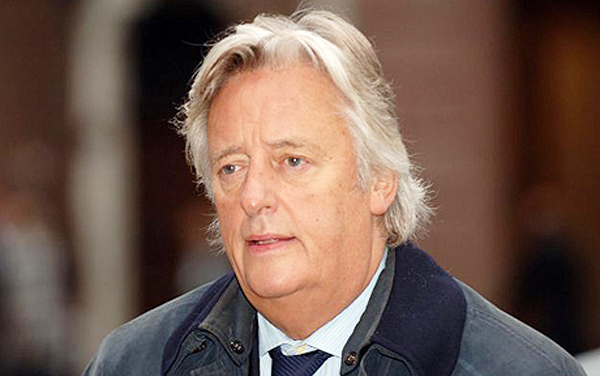 EMINENT barrister and human rights campaigner Michael Mansfield QC will be in West Belfast this weekend to speak about the impact of suicide.

Mr Mansfield will be joined by his partner Yvette Greenway at St Mary’s University College on Saturday.  The couple are founders of  Silence of Suicide (SOS) and are holding the event with Suicide Awareness & Support Group in a joint initiative. The event will take place from 1-3pm with a talk and discussion on the issue of suicide.

SOS was founded by Michael and Yvette following the death of Michael’s daughter by suicide in May last year. This weekend’s initiative aims to raise awareness of the impact of suicide on both those who have suicidal feelings and those who have been bereaved by suicide. SOS works to eradicate the stigma of mental illness and suicide.

Speaking to the Andersonstown News yesterday Michael Mansfield said: “We hope to get as big a turn-out as possible on Saturday.

“I was in Belfast recently meeting with the Ballymurphy families and I was introduced to some people from the Suicide Awareness Group, only then was it brought to my attention how big an issue suicide is in West Belfast.

“Yvette came up with the name Silence of Suicide,” he added. “There is such a stigma that goes along with it, whether you’ve attempted suicide, thought about it or been touched by it.

“Even when you look at articles about suicide more often than not the person won’t be named, there will be a silhouette of them used, there is a certain shame. There is silence before suicide and silence after it.”

Yvette added: “We are inviting anyone to come along to our event on Saturday, it is open to all. We need to talk about this topic and this joint initiative should benefit people. We want people to have a voice and we also want them to listen.

“There will be a talk followed by a short film we made featuring Ruby Wax.”

Mr Mansfield added: “People need to talk about suicide so we can release this burden.”

Tommy Holland of Suicide Awareness said the whole community is invited to come along this Saturday and contribute to the day’s debate.

“Suicide Awareness & Support Group is just one lifeboat from despair and is just one small lifeboat along with many other groups like PIPs, Lighthouse, Niamh Louise Foundation, Lenadoon, Holy Trinity and Corpus Christi counselling services who are reaching out to help those in need of support and comfort.

“When the health trusts and all party groups and ministers look at developing and designing ways in tackling suicide and mental health issues we ask them to ensure that their new vision provides even more lifeboats than the Titanic did, as without these much needed resources and small groups we would have lost even more of our family, friends and loved ones to the tragedy that is suicide.”