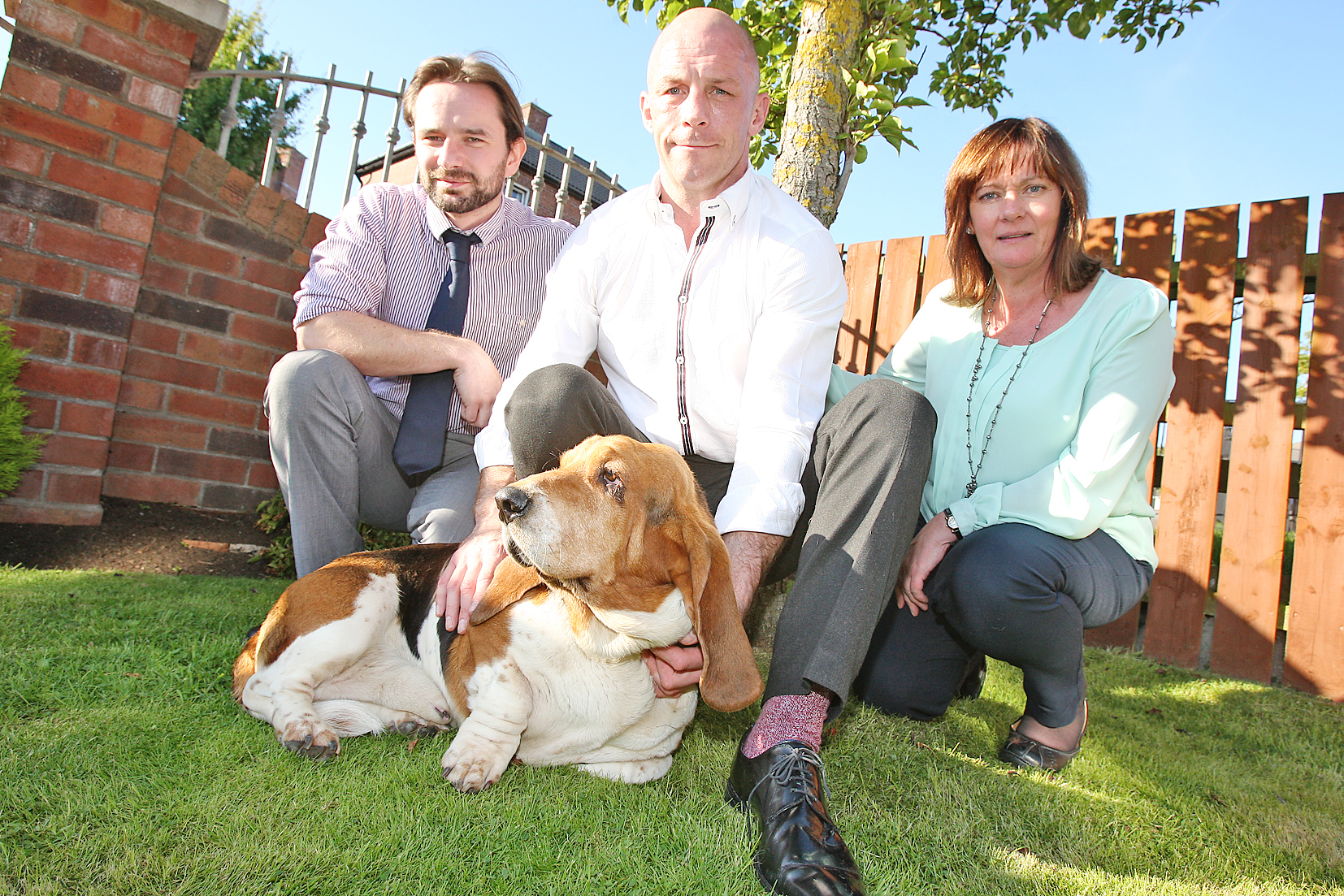 A have-a-go-hero and his trusty dog have been praised for their brave actions after chasing off housebreaking thugs in Lagmore.

Local professional boxer Tommy Tolan told Daily Belfast how the criminals could have caused “much more serious damage” if it wasn’t for the barked warnings of his four-year-old Bassett hound Rossa who alerted him to the thieves breaking into a neighbour’s home.

“Rossa really did save the day,” explained Tommy, “he started barking and barking in the early hours of last Wednesday morning which woke me up as he had seen these guys acting suspiciously at my neigbour’s house. It was around 3am and I got up and saw what was going on as my neighbour lives facing me.

"These guys had torches so I walked out in my shorts and shouted at the two of them, ‘What are youse at?’

It is understood the two males escaped with a set of car keys from the property but Tommy’s intervention meant the vehicle wasn’t taken.

“Thankfully by the grace of God no-one was seriously hurt,” said Tommy. “People in the area really need to be vigilant and lock their doors at night.”

Local Sinn Féin Councillor David Bell said he was shocked and disgusted at the actions of the two men.

“The family have been been left shaken by this ordeal and it shows the ruthless nature of these individuals who targeted a house where a lady is recovering from a serious illness and there is a new born child sleeping.

“I wish to commend the brave actions of Tommy who intervened to prevent his neighbours’ car from being stolen and, of course Rossa, the hero of the day, who alerted people to what was going on.”

Sinn Fein MLA Jennifer McCann said she would be raising the issue with the PSNI. “I will be asking that more is done to ensure these individuals are brought to justice and that in future a more serious attitude is taken towards these crimes,” she said;

The PSNI said they are appealing for anyone with information about the incident to contact them at Woodbourne station on the non-emergency number 101. Information about crime can also be passed anonymously to the Crimestoppers charity on 0800 555 111.