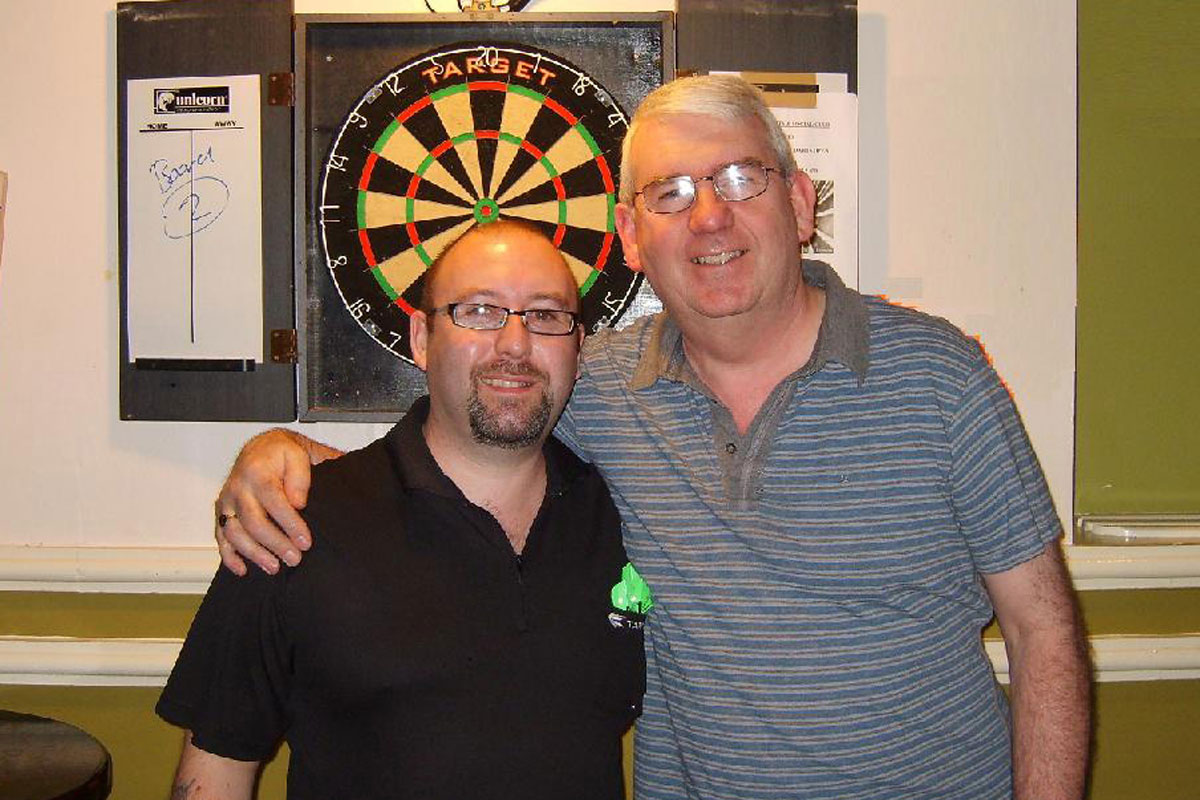 THE severe artic conditions of last winter prompted organisers to start this year’s North Belfast Open a month earlier and Ligoniel man Keith Beale ensured he ended the summer as a winner when he won a topsy-turvy final against Gerry McCormick.

The enthusiastic hopefuls took their places in the Shamrock Social club all determined to lay a strong foundation for the Grand Finals in November where a £1000 prize is waiting for the top 32 qualifiers.

The best-of-seven leg format would test the players’ stamina and Billy Brooks showed he was up to mark when he took on Ray Grant.

Brooks hit a 20-darter and won the match on a 70 checkout while Grant never really got going, losing 4-0. Brooks followed that win with another 4-0 whitewash this time over Catriona Liggott from the St Malachy’s Amazons.

Shamrock thrower Jim Flanaghan had a good work out edging Felix Cush 4-3 before North Belfast Individual Champion Keith Beale hit legs of 20 and 19 darts in a 4-0 blanking of Simon Kendrick.

Paul McLean hit a 20-darter in a 4-2 reverse to Tony Corr, who hit an 18-darter, and the last tie of the round included two 20-darters and an 18-darter for Gerry McCormick in his narrow 4-3 success over the Trinity Lodge’s Soupy Campbell.

Caoimhin Burns and Billy Brooks featured in a great game to start the second round. Brooks hit a 20-darter and Burns hit an 18-darter, and a sensational 110 finish for a 4-3 win.

Jim Flanaghan had a bit too much for Tony Kelly and he took the match 4-1, Gerry McCormick showed Martin Corbett how it’s done, also winning 4-1, and Keith Beale closed out the round winning 4-2 against Tony Corr with 20 and 21-darters and finishes of 84 and 103.

The first semi-final was a somewhat one-sided affair and Gerry McCormick eased to a 4-0 win over Jim Flanaghan including a 17-darter and 96 checkout.

Keith Beale and Caoimhin Burns then served up a treat in the second semi-final with Beale hitting legs of 18, 19 and 20 darts and Burns hitting a 20-darter.

But when it mattered most Beale found the perfect darts to help him to a slim 4-3 victory.

The best of nine-leg final started with some nervous darts, with Beale taking a 2-0 lead. McCormick pulled one back on a 20-darter before Beale regained his two leg advantage at 3-1 with a solid 19-darter.

Beale then put himself within sight of the finish line at 4-1, but the wheels fell off and he lost two legs in quick succession to bring the score back to 4-3.

A bit of tightening up was needed and Beale did just that to power to a 5-3 win courtesy of an 18-darter and 101 finish.

That’s one qualifier gone and eight to go.

The top eight players in the points table will be seeded and will, therefore, avoid any tricky ties in the first round of the Grand Final, so good incentive to make the most of the remaining qualifiers.

Big thanks go to the tournament sponsors, Sean Grahams, especially the free £2 bet, Flax Cabs and the Shamrock Social Club.

Follow the tournament on Facebook and keep up to date with all results in the North Belfast News.