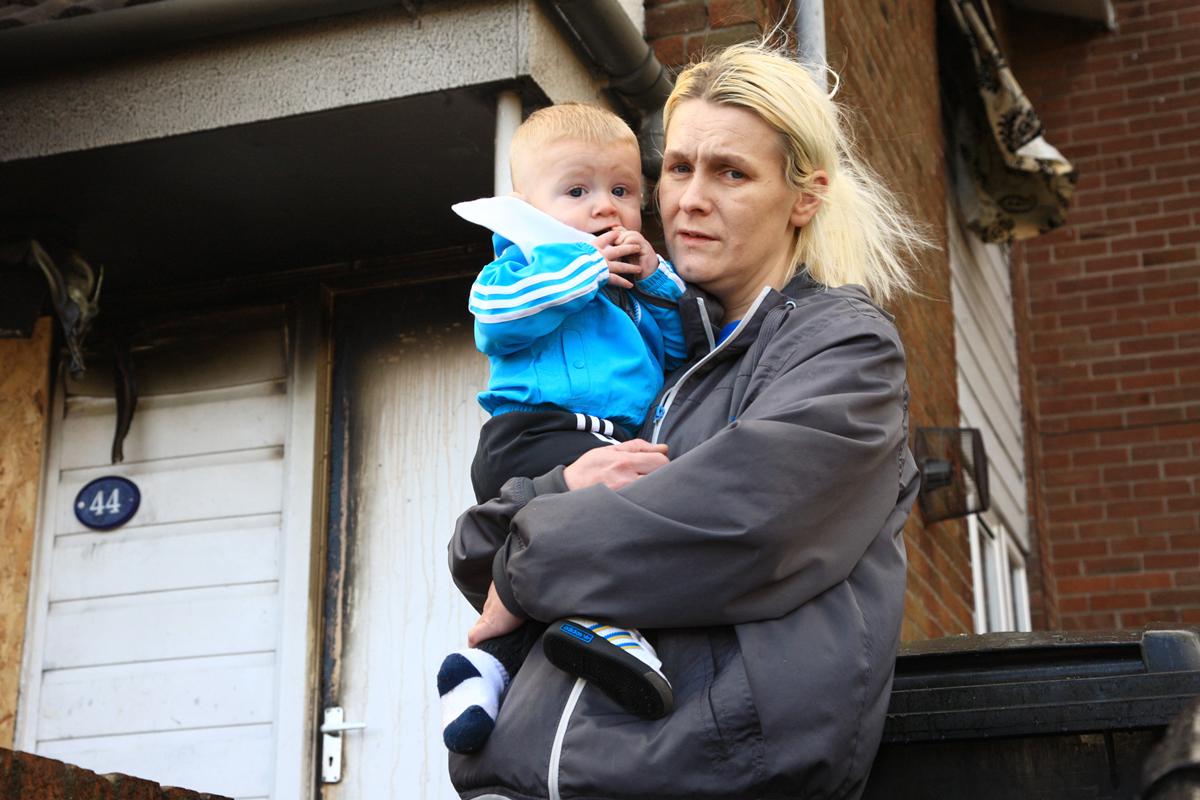 A WEST Belfast family whose home was destroyed by a fire on Christmas Day say they have experienced the true meaning of Christmas as the local community rallied round to help them in their hour of need.

Speaking to the Andersonstown News, mother-of-six Eileen Wilson said her family lost everything, including Christmas presents, clothes and furniture, when the fire – believed to have been caused by an electrical fault in a fridge-freezer – broke out at her Moyard Parade home shortly after 1pm on Christmas Day.

Representatives from the Upper Springfield Community Safety Forum organised a collection for the family and a grateful Eileen said she’s been “overwhelmed” by the response.

“I just don’t know how to thank the people who have been so kind to my family,” said Eileen. “People have been coming from as far away as Newry and Derry to help us and I am just so grateful.

“What happened on Christmas Day was just completely devastating but I’m taking comfort from the fact that none of my children were hurt and we are all safe. Possessions can be replaced but people can’t. I have my children with me and that is all that matters. I am feeling a wee bit better since the fire happened and I’m just overwhelmed by people’s good nature.”

Eileen and her family had been out visiting her father on Christmas Day when she got a phone call telling her the family home was on fire. Eileen rushed home only to find that the blaze had taken hold.

“We had only just arrived at my Dad’s house in Turf Lodge when we got the phone call,” said Eileen. “Everything was inside, all the kids’ presents, our clothes, everything.”

“Over the past few days I’ve realised that it is important to make sure we all stay together. My three oldest are staying with my sister who lives in the same street as my dad. Me and the three youngest will stay with him until our home is repaired.

“I just want to thank everyone who gave up their own Christmas to help us, our neighbours Gerard and Mandy Daly and Paddy McDonnell who donated his Christmas night taxi takings to us. Hopefully we will have a good New Year and as long I have my family with me then that is what I am grateful for.”

Speaking from the Frank Cahill Resource Centre, where a steady stream of donations was still arriving, Sinn Féin Councillor Steven Corr praised the efforts of local community and political representatives in the area.

“Last year we initiated a critical incident team around the horrendous weather conditions making sure the older people in our community were looked after and this year we had to take action with the devastating fire at the Wilson home. I am the Chair of the Community Safety Forum so once we heard on Christmas Day what had happened we went into action and it just took off from here.

“I went up and visited the family on Christmas night and we had already organised a response by then. My colleague Janice Austin got on to the Housing Executive, while Sinn Féin MLA Pat Sheehan kept in contact with the Wilson family. I received dozens of texts, phone calls and messages on Facebook offering help, asking what needed to be done,” he said.

“We have community representatives working around the clock taking donations and people like Tommy Holland co-ordinating furniture deliveries and Sadie Reid looking after clothes donations. Strangers are coming in with money, food hampers and new toys for the children.

“I have to commend the West Belfast community and the strength and support shown in the Upper Springfield – and the city as a whole toward the Wilson family.

“The Upper Springfield has consistently been the most deprived area in the whole of the North but what has happened over the last few days has shown that it is also the strongest community – a place where, when you need them, your neighbours and your community are there to help in whatever way they can.”