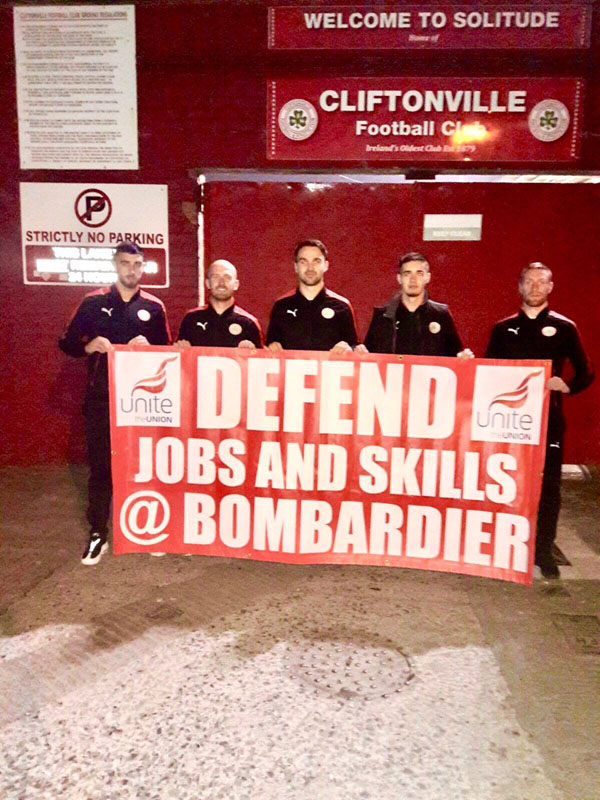 AN ongoing dispute between US airline giant Boeing and Canadian firm Bombardier – who have a plant in Belfast – will be discussed by MPs later today (Wednesday).

Boeing officials will be questioned by MPs before giving evidence to a House of Commons committee.

The trade row is threatening up to 1,000 jobs in Belfast, after allegations that Bombardier received subsidies allowing it to sell its C-Series planes at below-market prices in the US.

Antrim and Newtownabbey Borough councillors also passed a motion urging the Council to write to Prime Minister Theresa May in an attempt to save jobs.

North Belfast football rivals Cliftonville and Crusaders also put on a public show of support with players holding a banner ‘Defend Jobs and Skills at Bombardier’ before their County Antrim Shield clash in October.

In written evidence to the Northern Ireland Affairs Select Committee, Boeing said: “This is a commercial issue between two companies. Boeing has repeatedly attempted to find a negotiated settlement to the current case.”