BOOKS: An immigrant's story that will resonate with so many Irish 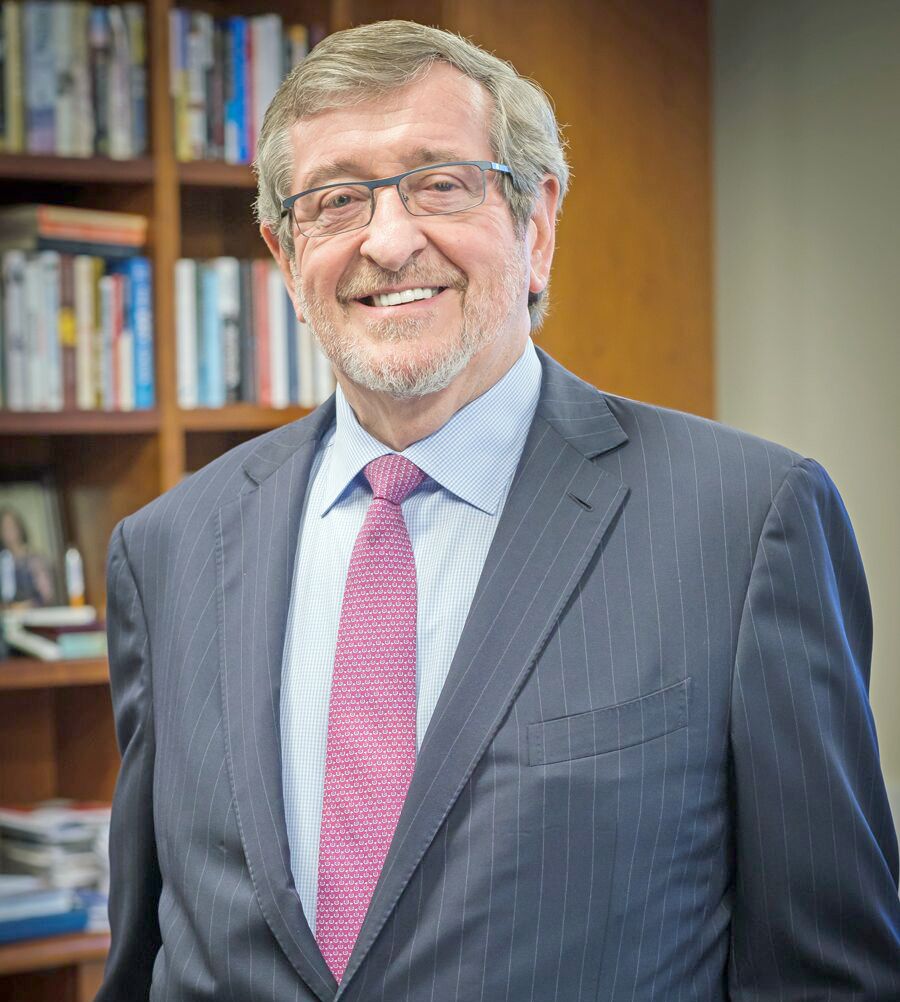 It's not just a memory. It's a searing vision. His father is standing on top of the hill waving his cane. Slowly.

And as the car carrying Michael Dowling away and out of Knockaderry slowly moves on, so does his father. He turns and walks over the crest of the hill. Away.

It's an image of an emigrant's departure, a memory of what might have been a father's purest expression of love for his son. And his only expression.

Michael Dowling's story is told in his recently published memoir, ‘After the Roof Caved In’.
It's a story that the Irish who have left for other shores will recognize in a general sense. But the details are all Michael Dowling's. And they make for quite a read.

Dowling, as many will know, is one of the most prominent Irish American community members in New York, city and state.

He is President and CEO of Northwell Health, the Empire State's largest health care provider. But he is first and foremost an Irishman, a Limerick man, the son of his parents, a brother to his siblings, a husband and father. An immigrant. And, he will tell you pretty quickly into a conversation, a believer in the near sacred status of the game of hurling.

Back in his boyhood, Michael Dowling would seek refuge and secure solace from a game that was a way of life in his home village of Knockaderry, County Limerick.

To some it was more than just that. It was a veritable religion, a sporting faith that would give the local Catholic parish a run for the money donated by pious and mostly poor parishioners.

But hurling couldn't entirely distract or take away from the fact that life in the Dowling household was devoid of virtually all the material comforts that might be expected in the Ireland of today.

And there was Michael's father, a man seemingly incapable of expressing love and emotion up close and only, fleetingly and occasionally, from a hilltop.
"He couldn't handle emotion," says Dowling of his father.

The son believes that if his father was alive today he would be diagnosed with depression. But back in the Knockaderry of his boyhood, food for the body and food for the soul as delivered by the church were the priorities. The mind had to look after itself.

Michael Dowling's mind was able to do that, even as his father struggled with his.
A story about a hardscrabble life in a Limerick of years ago quickly brings to mind Frank McCourt's ‘Angela's Ashes’. And there are certainly similarities between the McCourt family story in the lanes of Limerick, and the Dowling family story in the tiny village about twenty-five miles distant from the city by the Shannon.

But there are differences. Despite all the daily challenges of life in the Dowling household there is a positivity in how Dowling relates the story. Indeed, there is a strain of joy running through the narrative that would hint at more Frank O'Connor than Frank McCourt. There's always some good to be found, even in the most difficult of circumstances, Dowling believes.

"I've always looked for the positive, for what's possible. Yes there was heartache, but also joy," he says.

"I would be happy spreading cowshit. It would strengthen me for the hurling."
One of the childhood positives for Dowling came from living in a beautiful area, one of rich farmland – even if most of the small farmers themselves were far from rich.

Dowling's memories, and the early ones were in the 1950s and the early '60s, include a tiny house with a door always open to friends and neighbors, of "old guys" sitting around the fireplace telling stories.

"I wish those stories had all been written down," Dowling says.
But while the fireside stories might be fading in memory, Michael Dowling's own story, and that of his family, has been preserved and presented for posterity.

"For many years people would say that I should write down the story. The more I thought about it, well, when I started to write I found it to be therapeutic. And when I started it was hard to stop."

Looking forward to this. A great gift today from two good friends at MUH. Great to see a #Limerick native Michael Dowling leading @NorthwellHealth #NewYork through the #COVID19 pandemic. pic.twitter.com/KfTr7gj2dZ

Michael Dowling's early years might have been in a small and confining place. But he was always ready for a bigger stage, one which began to take form when he secured a place at University College Cork and later stood for and won a position in student government.

The stage might have taken permanent form in Cork, Dublin maybe, perhaps England, a destination for so many of Dowling's generation.

But there would be a bigger one. In May, 1968 the UCC student secured a J1 visa and a trip across the Atlantic. It's difficult these days to imagine the scale of such an undertaking, but in the Ireland of the 1960s a flight to America was about as big a deal as any could imagine.

And so, Michael's father on the hill and his mother – who fits the description of many Irish mothers, loving and devoted to her children – standing at the cottage door, said goodbye as Michael headed for Shannon Airport.

As it happened, that first footfall in America came at a point in time when Irish footfalls in the United States were about to become rare, very rare. May 1968 was just a couple of months before the full effect of the 1965 Immigration and Nationality Act would take hold. That legislation would fundamentally change the story of Irish westward flow across the ocean.

But Michael Dowling's personal immigration story was to flow regardless. He would work that summer of '68, but it would be only the first of many summers to come.

Michael Dowling would return to New York. In his book he describes the "lucky break" that would land him a job at Fordham University, would lead to a job in the administration of Governor Mario Cuomo, and would, in turn, lead him to his present position atop the state's largest health care system. Among the many honours that would follow, Dowling would lead the 2017 New York St Patrick's Day Parade as its grand marshal.

"I've been lucky over the years," he says.
"For years I thought that I would move back to Ireland."
But, as is so often the case, the new American life started to exert its powerful gravitational pull.

"I decided to try my hand in New York. Even though it was a case of leaving poverty behind it was difficult at the beginning."

Writing, Dowling would discover, has its very own gravitational pull.
"Once you start it takes over," he says.

Indeed, Dowling is currently working on two additional books, one about the Covid pandemic, the other reflecting on his especially pertinent views about health care.
But it is ‘After the Roof Caved In’, that represents more than a degree of pride, a sense of a mission that had to be fulfilled being completed.

Dowling isn't shy about stating his opinions. He can be blunt in his assessment of others, even members of his family.

"I wanted it to be an honest story. I went through it with the family and told them the things I would write in advance," he says.

Michael Dowling is one of five, four boys and a girl. He is the lone emigrant. His book is subtitled ‘An Immigrant's Journey from Ireland to America’.

And it is just that because you cannot fully or properly tell the story of an immigrant without first describing the pre-immigration story.

And then there's the third part, that of how the immigrant reconnects with his or her homeland. Michael Dowling has reconnected with his family, his home village and county, his native country, and in myriad ways. He wants to make a journey back to Ireland in the fall when, he fervently hopes, the pandemic is at least mostly in the rear view mirror.
Right now he considers Covid every working day.

On the day he was interviewed for this story he was looking at a number, a very specific number.

"There are 830 Covid-19 patients in our hospitals today," he said.
"The number is flattening, moving in the right direction."

That number is more important than the number of sold copies. So busy has Michael Dowling been dealing with Covid-19 that he has had scant time to wave the cover of ‘After the Roof Caved In’ before an audience.

Hopefully that will soon change.

In the meantime, what of the book's title. What is it describing? Well, to find out, lay hands on a copy. It is published by Arcade, a division of New York City-based Skyhorse publishing and is available on Amazon, Barnes & Noble and from other online booksellers. 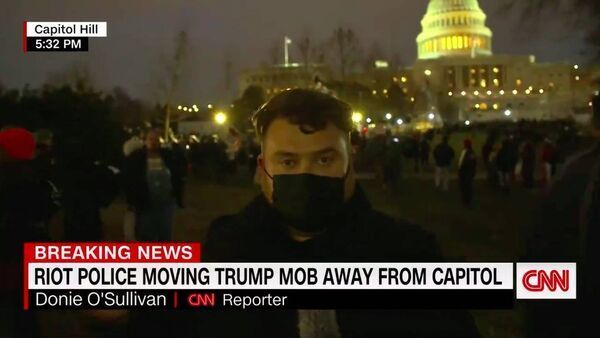 EXCLUSIVE FROM NEW YORK: America shook and the world shuddered 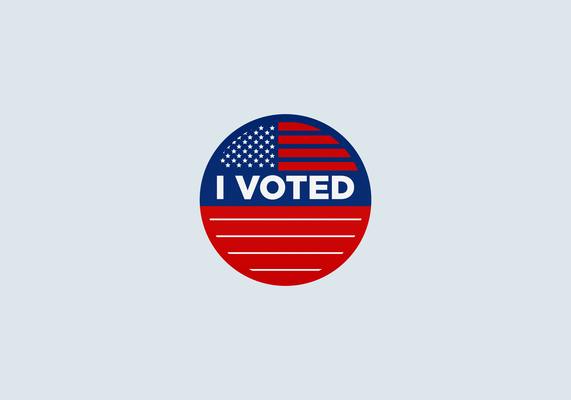 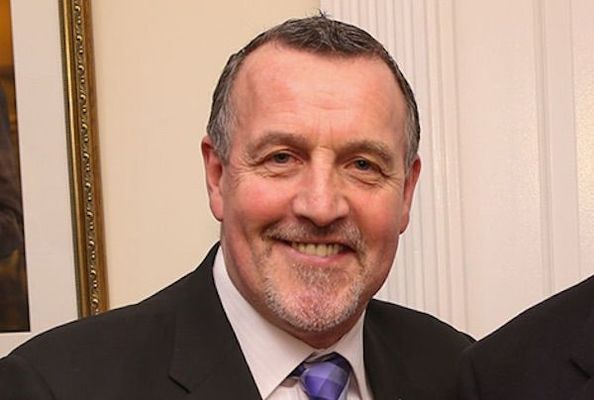