Boxing: Aidan Walsh confirms his intention to stay on for Paris 2024 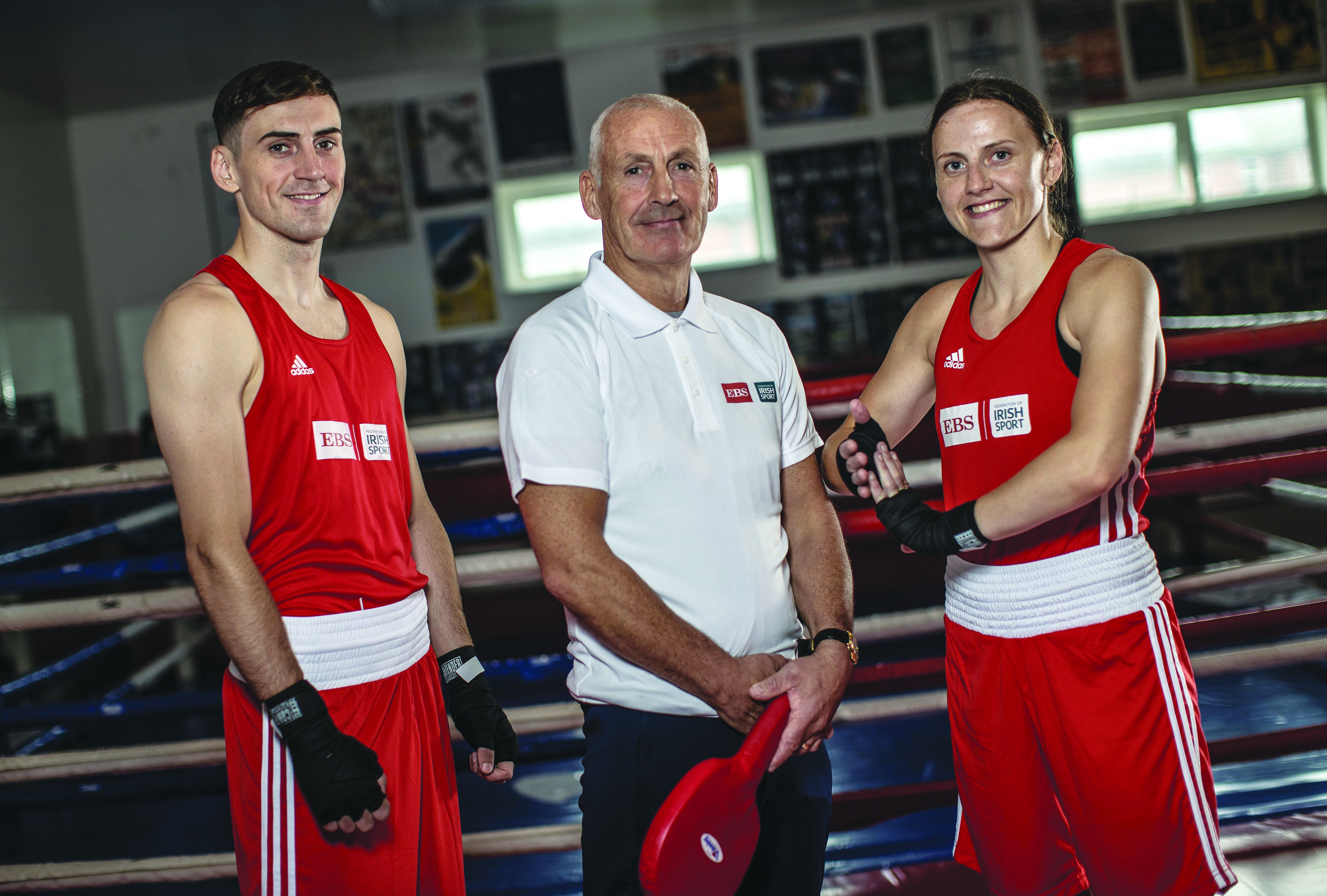 EBS ambassadors, Olympians and Ireland's history-making siblings, Aidan and Michaela Walsh are pictured alongside their dad and long-time boxing volunteer, Damien Walsh, following the launch of the 2021 Federation of Irish Sport Volunteers in Sport Awards INPHO

ON Friday’s Late Late Show, Ireland’s Olympic medallists from Tokyo were the main guests and presenter Ryan Tubridy posed the question as to who would be back for a shot at Paris in 2024.

One of the first hands up was from Aidan Walsh who confirmed he will remain as an amateur for the next, shorter than usual, Olympic cycle in a bid to improve on his bronze medal finish this summer.

The Monkstown ABC fighter was speaking on a media call on Tuesday after he and sister Michaela were named as EBS ambassadors following the launch of the 2021 Federation of Irish Sport Volunteers in Sport Awards and confirmed that while 2021 had brought glory, there is so much more to achieve and he intends to push on with the Irish Elites and World Championships still to come this year.

“The pro game is always in your mind as you see boxers going pro and doing well for themselves, but I believe there’s a lot more in me and would hate to end my amateur journey too soon,” the Black’s Road man confirmed.

“We’ll see what the next few years hold, but hopefully I can keep improving and learning because this year I went to my first European Championships and got a bronze medal, then went to my first Olympics and got bronze.”

A couple of years ago, Walsh was not on many people’s radar to earn his spot at the Olympic Qualifiers with his first national Elite win coming in late 2019 (2020 competition) having lost in the semi-final in his first crack earlier that year.

His run to the Olympic podium highlights who quickly things can change and being ready to take the chance when opportunity knocks, so is well aware there are others behind him in the Irish welterweight pecking order who will be to do similar and establish themselves as the top dog heading into the Paris qualification process with places at the 2023 European Games there to be won.

“Fingers crossed I can be on the Irish team for another Olympic cycle,” said the 24-year-old.

“I’ve only been on the team for two or three years and that’s during Covid, so to have a full Olympic cycle with the coaches would be great.

“You still have to be winning the Irish Championships to get selected to represent your country and everyone knows that the standard in Ireland is high, so you need to be on your game.
“A few years ago I wasn’t even in the mix for the Olympics as there were two or three guys ahead of me. I know that in any sport, things can change quickly and there are guys there maybe two or three behind me who can catch up if I don’t stay on top of things. If you get complacent then your spot can be taken from you quickly, so never think you are better than what you are.”

Walsh is now one of the country’s most recognisable sporting figures thanks to his exploits this summer, but his new-found fame won’t change him as he views his achievements as an opportunity to inspire the next generation at Monkstown and beyond.

“Belfast is a great fight city and Ireland a great fighting country, so to go back with a bronze medal to the club was brilliant,” he continued.

“I was talking to Hugh Russell before I went and he said that winning an Olympic medal changes your life and I’ve realised since I’ve come back that it does change your life.

“I just want to be able to give that advice to other kids and hopefully it helps them, just as the advice other boxers in Belfast gave me.”