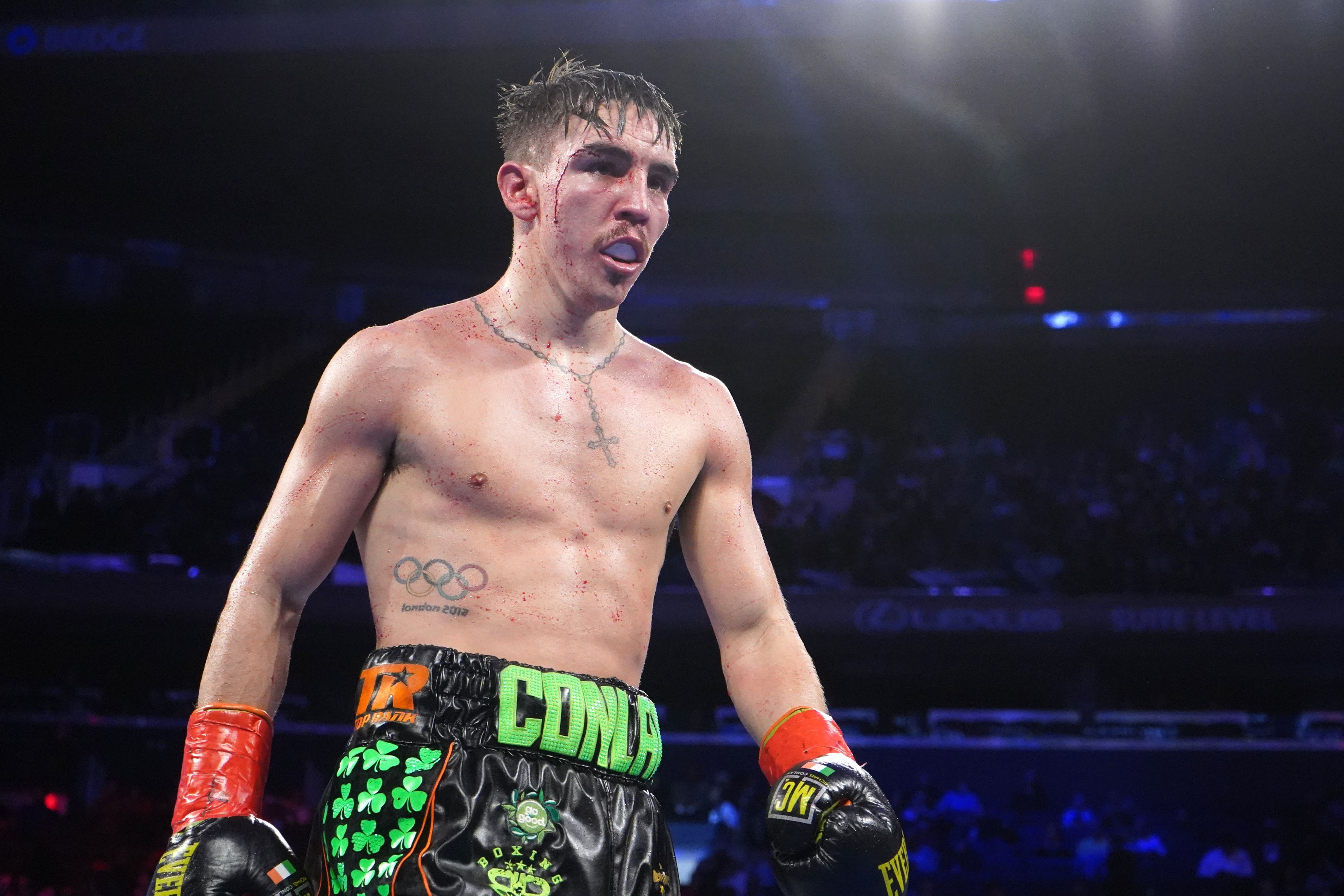 MICHAEL Conlan hopes his WBA world title fight against Leigh Wood will take place in New York on St Patrick's Day, but insists the outcome will be the same regardless of where the fight takes place.

On Monday, Eddie Hearn's Matchroom Boxing won the purse bid to host the fight, outbidding Top Rank by $1,566,666 to $1,210,000 and therefore Wood's promoter has control over the date and destination of the fight that will be broadcast by DAZN.

The champion will take 55 per cent of that purse to Conlan's 45 per cent and seems to prefer defending the belt in his home city of Nottingham, but New York is very much in play with the potential of a doubleheader with Katie Taylor's anticipated meeting with unified featherweight champion Amanda Serrano that is touted to take place at Madison Square Garden in spring.

"I don't care where it is," Conlan insists.

Myself and KT in NYC, on St Paddys day in the big room of @TheGarden . @KatieTaylor will be a special night. 20k fans easy. 💵 💵 💵 #AndTheNewwwww https://t.co/tlADVQ1Xgu

His brother, manager and partner in Conlan Boxing, Jamie, is also hoping the fight lands in the Big Apple for a number of reasons.

Boxing is a business and money talks, so a packed main arena at Madison Square Garden would likely draw the biggest crowd with the arenas in Nottingham and Belfast about half the capacity of the 'World's Most Famous Arena'.

"I think from an optical and Irish point of view, it has to be New York," he opines.

"But financially, it's going to do the most numbers. It will look fantastic, will generate the biggest crowd and makes the most sense.

"I don't think Leigh Wood is too fussed about going to New York, the same with Mick going to Nottingham.

"The three options are Belfast, Nottingham and New York. We'd love to go to New York and have the traditional (St Patrick's Day) Irish fight night, but we are lucky enough that Eddie Hearn has won the purse bid because he has Irish interest also.

"We could do the big Garden with Katie Taylor, Tennyson, Agyarko and Tommy McCarthy, so this is something that can be done."

There had been initial hopes that the Wood-Conlan fight may have been heading to Belfast next month, but the champion underwent shoulder surgery recently, leaving him out of action until next year.

The winner of this title fight is due to face 'Super' champion Leo Santa Cruz next, with the Mexican preparing for a December comeback after a brutal KO loss to Gervonta Davis over a year ago.

Santa Cruz has not fought at featherweight since February 2019 and in a recent interview, name-checked super-featherweight champion Oscar Valdez as a preferred target, meaning he may be forced to drop the main 126lb belt that would then be on offer to the winner of Wood-Conlan.

"I was happy to go next month," Michael insists.

"I've been in camp for seven weeks but have eased up this week. I'm in shape already.

"There's something wrong with his shoulder and that takes time. You don't get over a shoulder operation right away, so I hope that's not one of his excuses at the end."

Wood took the title with surprise, yet deserved, victory over Can Xu at the end of July as his power came to the fore against the Chinese with a dominant performance culminating in a 12th round stoppage.

The 33-year-old will make a career-high purse against Conlan and will be full of confidence due to his title win, but Conlan believes he has the tools to bring the belt back to Belfast.

"He's the champion, carries power and believes in that power more than anyone I've ever met," he notes.

"He's gets on as though he's this big, destructive puncher, but I've been in with big punchers before. If he can hit me, so be it, but I know I can take a shot anyway.

"He's confident, I'm massively confident. I respect him - I think he's a great fighter. He does punch hard, has good technical ability, but I think I have an answer for anything he does."