Boxing: Conlan insists there is no margin for error as December 10 return against Guefri is confirmed 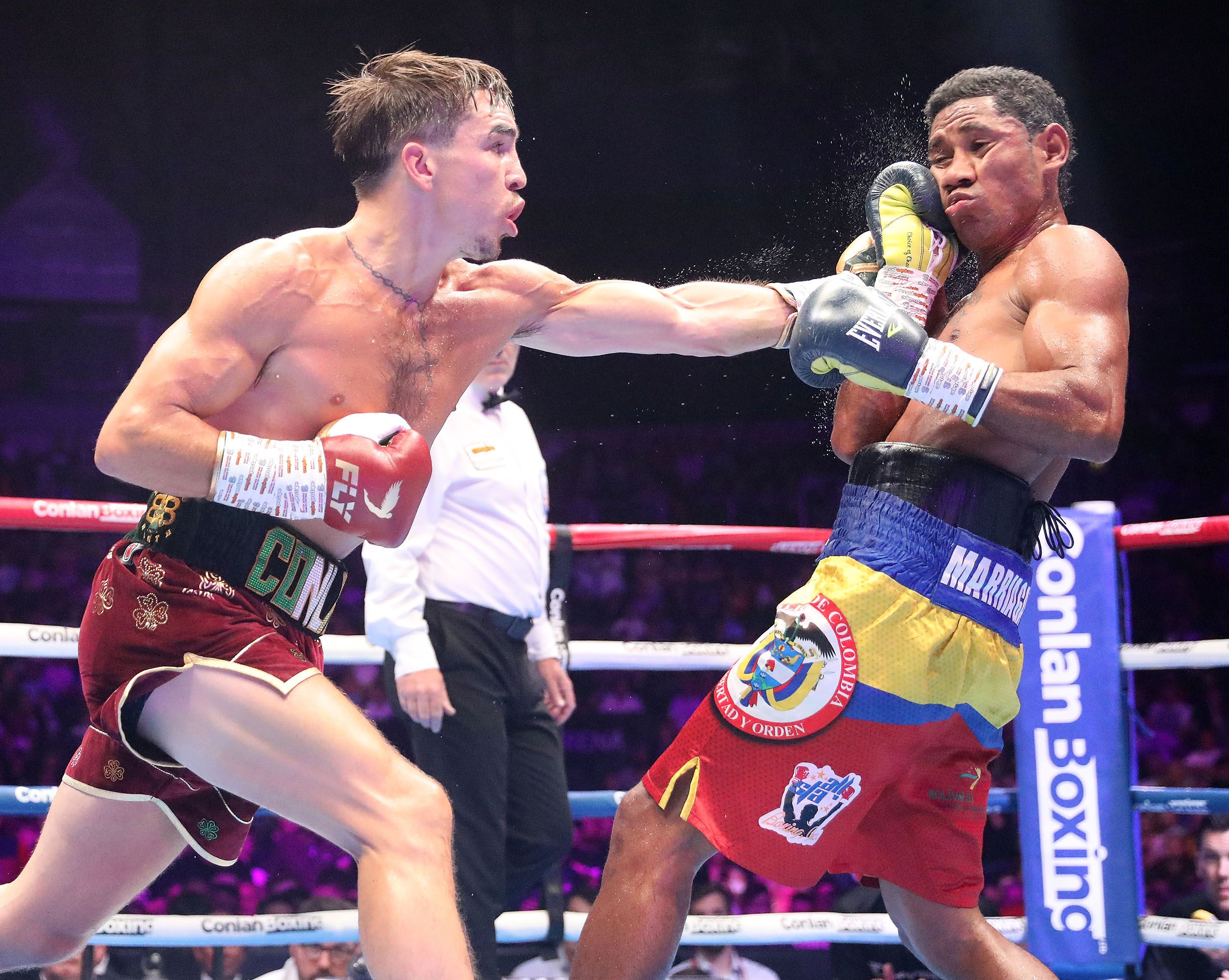 WITH a potential world title fight on St Patrick's Day, 2023, in prospect, Michael Conlan insists he won't be taking his eye off the ball when he tangles with four-time European champion Karim Guefri at the SSE Arena on December 10.

The return of a huge fight night in the mouth of Christmas was confirmed on Tuesday with Conlan thrilled to return to the scene of August's victory over Miguel Marriaga that put his world title defeat to Leigh Wood earlier this year in the rearview.

It has been a busy 2022 for the West Belfast man who will have his third outing of the year as he aims to signify in style and pave the way for a return to a world title fight in spring.

Guerfi lost the continental featherweight title back in February in a thriller against Jordan Gill when he dropped the Englishman and was ahead on all three cards, but was caught in the ninth round and stopped.

He bounced back with a victory over Ricardo Mercado in July and will arrive in Belfast aware that defeat will spell the end of any title hopes he may still have.

But likewise, Conlan is acutely aware that there can be no slip-ups as his own ambitions will unravel should he face a rebuilding job in 2023 when the world title picture ought to become a lot clearer in terms of the WBA title as Wood now looks likely to take on 'Super' champion Leo Santa Cruz, while WBO holder Emanuel Navarrete is expected to vacate in order to move up to super-featherweight.

"The aim is to keep winning as back towards a world title is the aim," said the Belfast man as his return was confirmed today.

"Guerfi is a tough test. He was beating Jordan Gill in a fight-of-the-year candidate earlier this year; he's a five-time European champion so he is a serious opponent.

"People might look at it and think 'ah, Conlan is going to win', but you don't get anything easy at this stage so I'll do everything I can to make sure victory is assured.

"I want to fight for a world title again as soon as possible and St Patrick's Day is the aim, but that doesn't happen unless I beat Guerfi.

‼️ BACK TO BELFAST ‼️

We go again, December 10th @thessearenabelfast we had to come back to the SSE after an amazing night in August! We push on back to titles 💪🏼

"Every fight for me is must-win. I've never gone into one thinking I can afford to lose it, especially the world title fight. That was heartbreaking when I lost but it has given me a hunger that was maybe dwindling a bit.

"I've that fire in my belly again and I'm ready for all challenges. Guerfi is a solid opponent and someone I have to be prepared for."

Tickets are set to be released next week and given the current financial climate, Conlan Boxing has committed to keeping the costs down for fans who packed out the arena in August.

Tyrone McKenna and Sean McComb are two names confirmed for the undercard, while it is expected Kurt Walker and Kieran Molloy - who are in action in Germany next weekend on the undercard of Padraig McCrory's IBO title fight against Leon Bunn - will be back out as-well-as other rising stars from across Ireland.

"It's perfect timing," Conlan said of the pre-Christmas fight night.

"The atmosphere the last time was unreal and it's why I wanted to go back there. I was offered New York but when the chance came up to go back to the SSE Arena I said definitely as the atmosphere in August was unbelievable.

"It was such a special feeling getting back to winning ways, but it was also my first time fighting in a packed SSE, so it was special and I'm really looking forward to getting back there."