Boxing: Conlan ready to put title defeat in the rearview 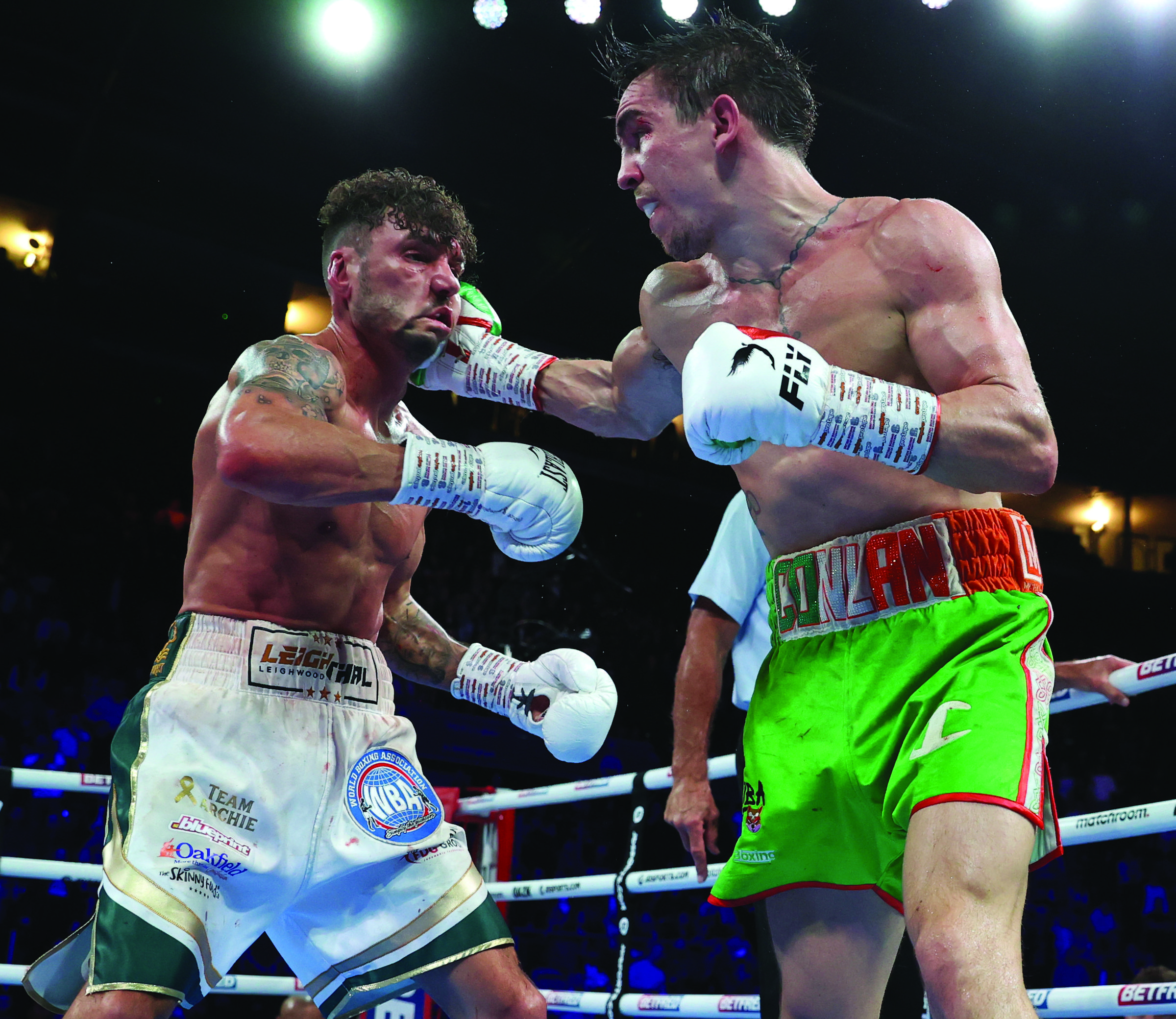 Michael Conlan and Leigh Wood produced a fight-of-the-year contender in March, but Conlan says he has learnt valuable lessons from that heartbreaking loss ahead of Saturday’s return against the heavy-handed Miguel Marriaga INPHO

IT’S not just a test of skill for Michael Conlan at the SSE Arena on Saturday night, but also a question of resilience as he aims to put March’s world title loss to Leigh Wood behind him when he takes on Miguel Marriaga with a win likely putting him right back into a title fight.

Recovering from a first professional defeat can be tough for any fighter as the previous air of invincibility is no longer there, but the Falls Road man has never lacked mental toughness and it is a measure of his self-belief that he is ready to throw down against the big-punching Colombian in his first fight back after being knocked out.

A much more straightforward task after the brutal battle in Nottingham would have been forgiven, but Conlan wants the quickest route back to a world title challenge after his calls for a rematch of the fight-of-the-year contender were ignored by Wood and his team.

So Marriaga, a veteran of three world title challenge defeats against a who’s who of the sport - Vasiliy Lomachenko, Oscar Valdez and Nicholas Walters - will arrive in Belfast aiming to derail Conlan further and earn himself a crack at a world title.

The 35-year-old may be past his peak, but he is still a major threat and comes to town with a record of 30-5 with 28 of those wins inside the distance.

Facing such a big puncher is a threat, but Conlan insists it is the only way of banishing any lingering demons that may still be present following his heartbreaking defeat to Wood in March.

“I was devastated,” he reflected.

“No matter what anybody said, it’s my first loss since before 2016 - I don’t count that (Rio Olympics ‘defeat’ to Vladimir Nikitin) as a loss.

“It really hurt me. It took time and if you ask me now if I’m over it, I’ll still say no as I still want to right the wrong.

That fight in Nottingham seemed to be going only one way early on as Conlan dropped Wood heavily at the end of the first and had there been any time left in the round, it is highly unlikely the champion would have survived.

He also had him in a world of trouble in the second, but the gritty champion just about got through.

As the rounds ticked by, Conlan remained the most likely but then things began to turn as Wood gathered a head of steam and a knockdown in the 11th that was part slip swung momentum towards the champion who took advantage of the exhausted Belfast man in the round to knock him out of the ring and shatter his dreams.

Yes, he may have come out with credit for playing his part in a fight for the ages, but that is cold comfort as ultimately, he didn’t reach his goal.

Small moments make the difference in big fights and Conlan is happy to take his licks, identify where it went wrong late and come back better this week.

“I took an awful lot from it and know the mistakes I made in terms of my energy that I wasted,” he admitted.

“There were things going on outside that I don’t need to mention until a rematch, but other factors played a part. I know the reasons why things happened and the only thing I can put it down to is that it was meant to happen that way. Unfortunately, it did so I just have to get back on the gorse.

“This is my story, my journey and the way it is going to go. It’s not how I thought it would be, but it’s the road I have to travel.”