Boxing: Crocker, McCrory and McComb to lead the way at the Ulster Hall 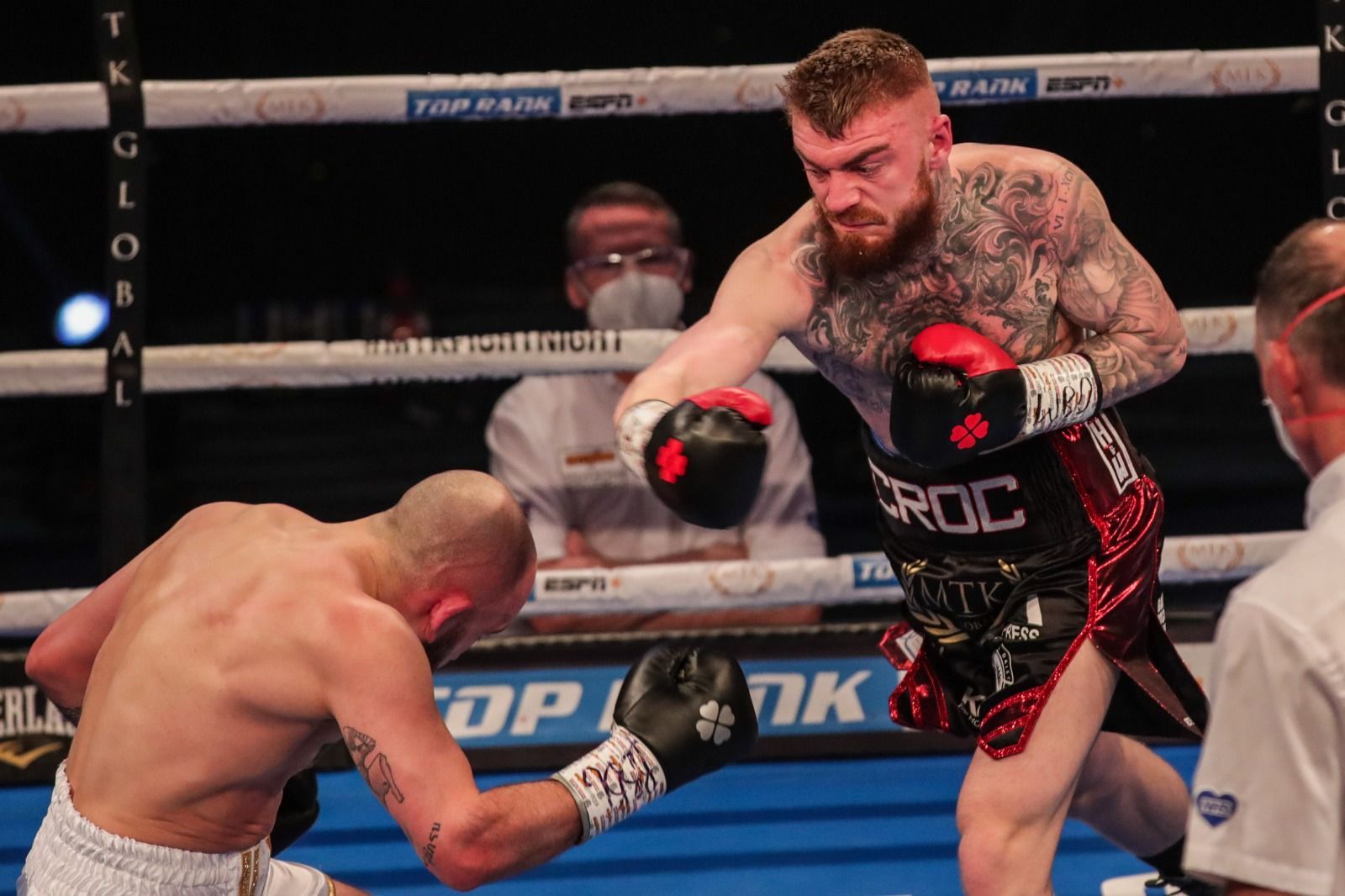 LEWIS Crocker will top the bill at the Ulster Hall on November 5 as Conlan Boxing bring their second show to the city this year.

The Falls Park was the scene of their first back in August, but it's back indoors with Crocker defending his WBO European welterweight belt against Artem Haroyan.

Crocker (13-0, 7 KOs) was last in the ring in March when he retained his title with an exciting unanimous decision win over Deniz Ilbay, and will look to make another statement when he takes on Haroyan (17-2-1, 9 KOs).

Hard-hitting McCrory stopped Sergei Gorokhov to win the title in August, and now turns his attention to Neves, who in his last outing dropped previously undefeated Marzio Franscella three times on his way to an eight round TKO win.

🔔Tickets out this Friday pic.twitter.com/nn2saH7gl6

Jamie Conlan, CEO of Conlan Boxing said: "This is the first of several shows with Top Rank & ESPN+ and we are delighted to kick it off with one of the brightest and most exciting prospects in Irish boxing Lewis Crocker.

"'The Croc' is in a transition period from prospect to challenger status and his last two fights have certainly been a statement of his intent to make a splash in the welterweight division. November 5 is another step in that direction for Lewis and no doubt we are in for another exciting performance.

"Conlan Boxing will primarily be focused on managing fighters and our aim is to have a niche stable of fighters that we believe in building for the future but also with promoting shows we aim to create a stable state of Irish boxing giving fighters opportunities to grow and develop."

Michael Conlan, Director of Conlan Boxing added: “I'm looking forward to be bringing our second show to Belfast. I’m very exciting to see the next wave of Belfast talent coming through and delighted to be playing a part in giving friends and former teammates opportunities to showcase their talents, live on ESPN+.”