Boxing: Hyland determined to fulfil his title ambition against Hughes 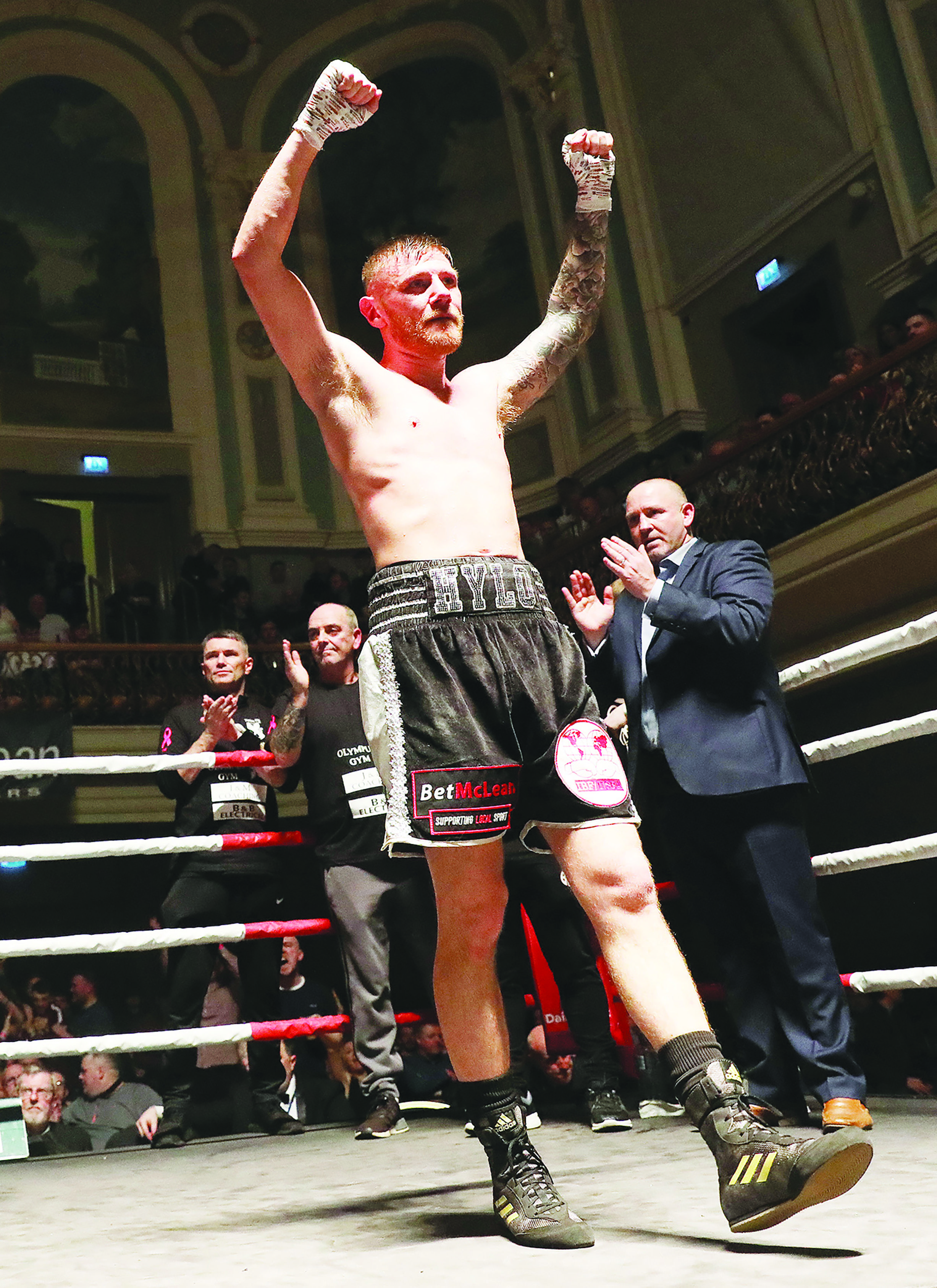 IT has been a long and rather strange road to get back into a title fight, but Paul Hyland Jnr is planning on maintaining the trend of some fellow Belfast boxers by claiming a British title at the second attempt when he faces Maxi Hughes for the lightweight strap in Bolton tonight (Friday, live on YouTube).

‘Hylo’ first challenged for the Lonsdale Belt in Newcastle back in June 2018, but came unstuck against Lewis Ritson before a pair of comeback victories saw him thrust into a European title challenge against the Francesco Patera. Despite defeat against the Belgian, the Lagmore man came out with great credit for his performance.

That earned him a crack at former world champion Terry Flanagan for the WBO European belt, but that fight was scheduled for last April and with life on lockdown by then, it would fall through.

Instead, he had to content himself with an October third round stoppage over journeyman Krzysztof Rogowski in Poland, but that win did more than just pad his record, as it opened the door to a shot at the British title that was vacated by stablemate James Tennyson.

He was set to face Liam Walsh for the belt last month, but with Walsh contracting and presently still recovering from Covid-19, Hughes was only too happy to step in and take his big chance to fight for a title that he is also yet to win.

“I was getting ready for Flanagan but that fell through and then I was talking to Mark (Dunlop, manager) about one of the Matchroom fighters coming up but then I got Covid as well, so it’s been a bit of a rollercoaster,” said Hyland who holds a record of 21-2.

“This fight was then put back so the whole year has just been dragging on, but I’m ready to do what’s needed to be here.

“Mark got me out on that Polish show and it was great to get in and move about the ring but I’m focussed on this one now.

“I’ve been in camp a long time and have had some quality sparring for it so I’m ready to go. I feel good and have a good mentality going in, so I’m fully focussed on it.”

The opponent may be different, but the objective is the same as he gets set to tangle with a man who has been something of a scourge of Irish boxers.

Back in 2016, the pair actually shared the same bill at the Europa Hotel when Hughes defeated James Fryers in a British title eliminator before losing out to Martin J Ward for the Lonsdale Belt.

The Yorkshireman would suffer another defeat in his second title tilt, this time to Sam Bowen with a fifth career defeat coming against, of all people, Liam Walsh in 2019.

Since then, Hughes has gone on an impressive run of three wins including a surprise victory against Dublin’s Jono Carroll last year that has reignited his career and set-up a EBC International title victory against Viktor Kotochigov in Dubai back in October.

He is riding the crest of a wave and will be keen to finally have the Lonsdale Belt strapped around his waist at the third time of asking with his busy, southpaw style capable of making it a tough night for anyone at this level.

“He has been very active over the past year,” notes Hyland who has prepared for battle with quality sparring against James McGivern, Eric Donovan, Sean Duffy and British super-featherweight champion Anthony Cacace.

“I think he was out three times, managed to pick up the WBC International title and beat Jono along the way.

“He’s had a good run and I’m under no illusions about that, so I’m expecting a good, hard 12 rounds here, but I’m focussed. My strength, fitness and mentality is there to beat him and whatever it takes to do it, I’m ready to do.

“We just changed the opponents in sparring to get the hang of it (style) but the outcome is still the same and I’m still fighting for a British title. It’s just a different opponent to focus on in the ring and to adapt to, but I still have the same mentality of what I need to do to win.”

Hyland certainly can’t be accused of lacking ambition as he has been happy to accept whatever challenge has been put in front of him throughout his career.

The Patera fight came after the Belgian had accounted for Ritson who Hyland suffered his pro defeat against, but despite having the odds stacked against him, he showed plenty of grit to rise on three occasions from body shots before a fourth ended matters.

“I enjoyed that even though I lost the fight,” he recalls.

“There’s no shame in losing to him as he’s fighting for a world title now. You either try or you’re always going to wonder, so I’m glad to have this shot to go again.”

Victory on Friday will see Hyland emulate Cacace and Tennyson who both claimed a British title having lost the first time around, so that could be something of an omen heading in.

Indeed, this title is vacant due to Tennyson vacating the belt after his victory over Gavin Gwynne last August in an effort to push onto further honours. But it is the Lonsdale Belt that Hyland has always sought having been in awe once setting eyes on it for the first time as a young boxer.

He is keen to ensure it stays in Belfast and to have something to show after 12 months of seeing opportunities fall through his fingers and having now turned 30, he insists there has been no stone left unturned in his quest to fulfil a long-standing ambition: “I always remember when I was a kid and Martin Lindsay brought his British title belt back into Immaculata after he had beaten (Paul) Appleby and I thought that’s the belt I want to eventually fight for. Now I have another chance to get it.

“‘Tenny’ (Tennyson) and Anto (Cacace) won theirs the second time around so hopefully I can do the same. It would be great to keep it in the Dunlop stable.”