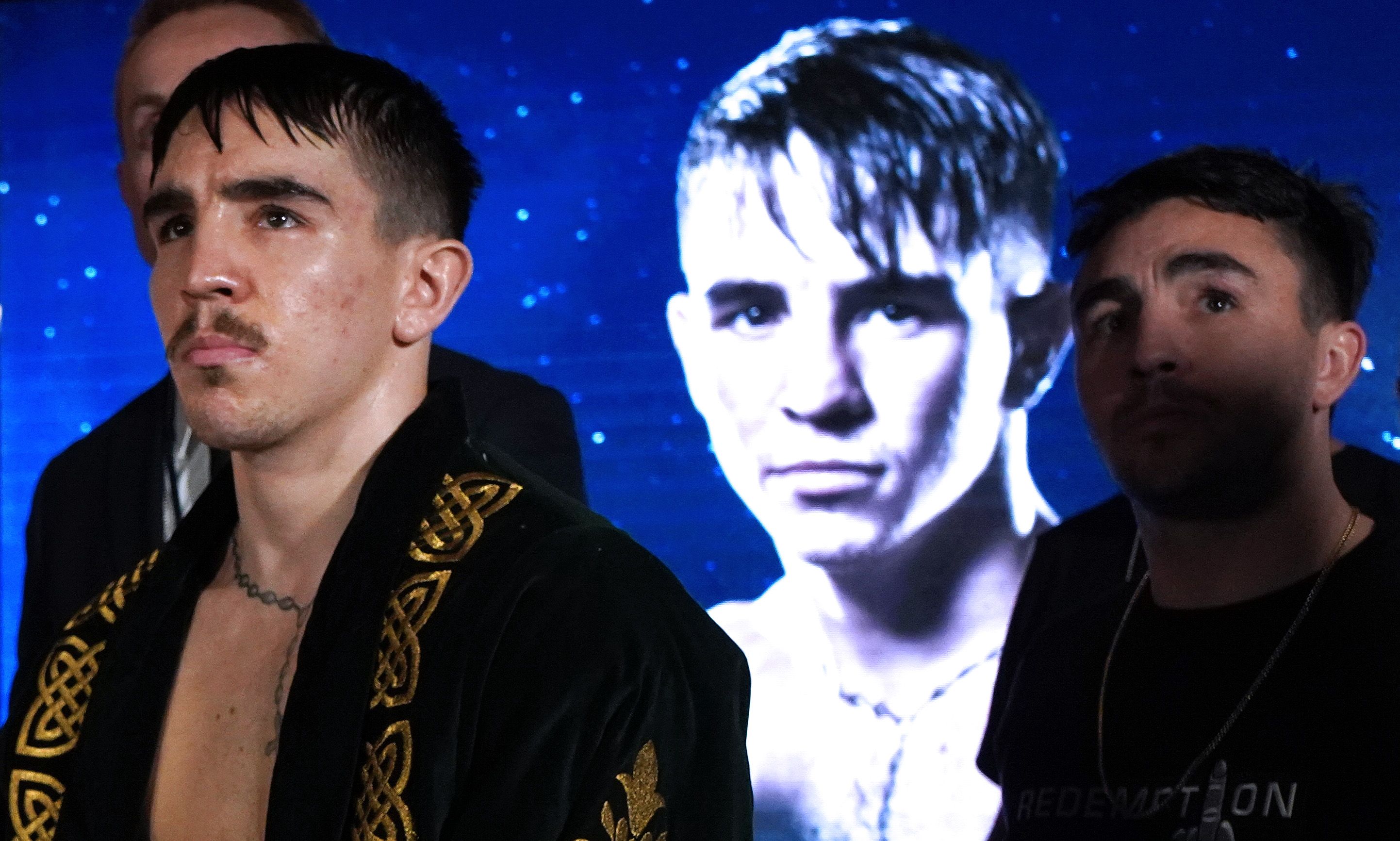 Jamie Conlan (right) admits it is a tough task ahead for brother, Michael on Saturday, but it is a fight his sibling needs to put March's defeat to Leigh Wood behind him INPHO

VICTORY over Marcos Marriaga will be the perfect way for Michael Conlan to get right back into a title fight according to his older brother, Jamie.

Conlan lost out to WBA featherweight champion Leigh Wood back in March and was desperate for an immediate rematch, but the Nottingham man didn't seem too keen.

Instead, Conlan is gambling by facing the big-punching Colombian this weekend and this is a statement of intent that he wants to get another crack at world honours as soon as possible.

Marriaga has arrived in Belfast oozing confidence and having shared the ring with some of the sport's biggest names, has plenty of experience and know-how.

"As you get closer, you get more nervous and see the opponent up close for the first time," said Jamie.

"The realisation is that this is a big ask and a big test, but it's what we want and what he needs.

"He's coming back with motivation, drive and reconfiguration, so it's the risk and fear factor that is needed.

"He had to forget about the past and focus on the future, but then when back in camp, learn from the past and rectify it.

"Marriaga is going to pose the same strengths as Leigh Wood and that's what we wanted. Hopefully Leigh Wood is in the future and this is a fight that will stand you in great stead.

"He's had more knockouts than Michael has had wins and fights. He's a seasoned operator and has been at world level for a long time. He may be 35, but the last thing to go is your power and he'll be right there until the end."

💥 Tomorrow we kick off fight week.

🔥 Public Workout at City Hall open to the public.

As ever, the title picture is as clear as mud with Wood - who was due to face WBA 'Super' champion Leo Santa Cruz due to the sanctioning body's stated aim to reduce the number of belt holders - now seemingly in line to defend the 'regular' belt at home later in the year instead.

That situation is one example of how complex the next move could be due to boxing politics and it is a source of frustration for Conlan and his younger brother.

"Your guess is as good as mine when it comes to these sanctioning bodies," he added.

"They have a rule one day and then go with something completely different a day after. I think Santa Cruz will most likely fight Rey Vargas now, but does that leave the WBA title vacant? You just have no clue.

"It needs to be sorted out as I'm sure Wood wants to fight Leo Santa Cruz, but not for 25 per cent of what the purse will be."

Saturday's top of the bill is a mouthwatering prospect, but there is also a stellar undercard with a war expected between Tyrone McKenna and Chris Jenkins, while Padraig McCrory takes on Marco Antonio Periban with some interested observers set to be ringside to see if 'The Hammer' can continue his magnificent run.

A rib injury to Lewis Crocker means he is no longer on the card, but the Belfast derby between Colm Murphy and Ruadhan Farrell, an all-Irish fight between James McGivern and Tony McGlynn, plus the home debut of Kurt Walker and return of Sean McComb as-well-as Paddy Donovan, Fearghus Quinn, Thomas Carty and Kieran Molloy in action completes an excellent night of boxing in store for the almost sold-out arena crowd.

"There's so many fights that can headline shows and they all have intrigue," said the Conlan Boxing supremo.

"Tyrone McKenna and Chris Jenkins is a real crossroads fight as if you lose, where do you go? If you win, then you can go straight into a fight with Florian Marku and for both, it's a must-win fight.

"Periban and Pody McCrory is a great match and as it gets closer I think it's crazy as Periban has been there and done it.

"Pody has limited experience but is riding the crest of a wave. He started his career with little fanfare as a ticket seller on small hall shows, but got a great knockout at the Devenish and has moved on as a bit of a cult figure.

"If he wins, we have purse bids on Monday or Tuesday for the EU title, but in the arena on Saturday is Rocky Fielding, Jermaine Brown and others to watch him (as a potential opponent next)."