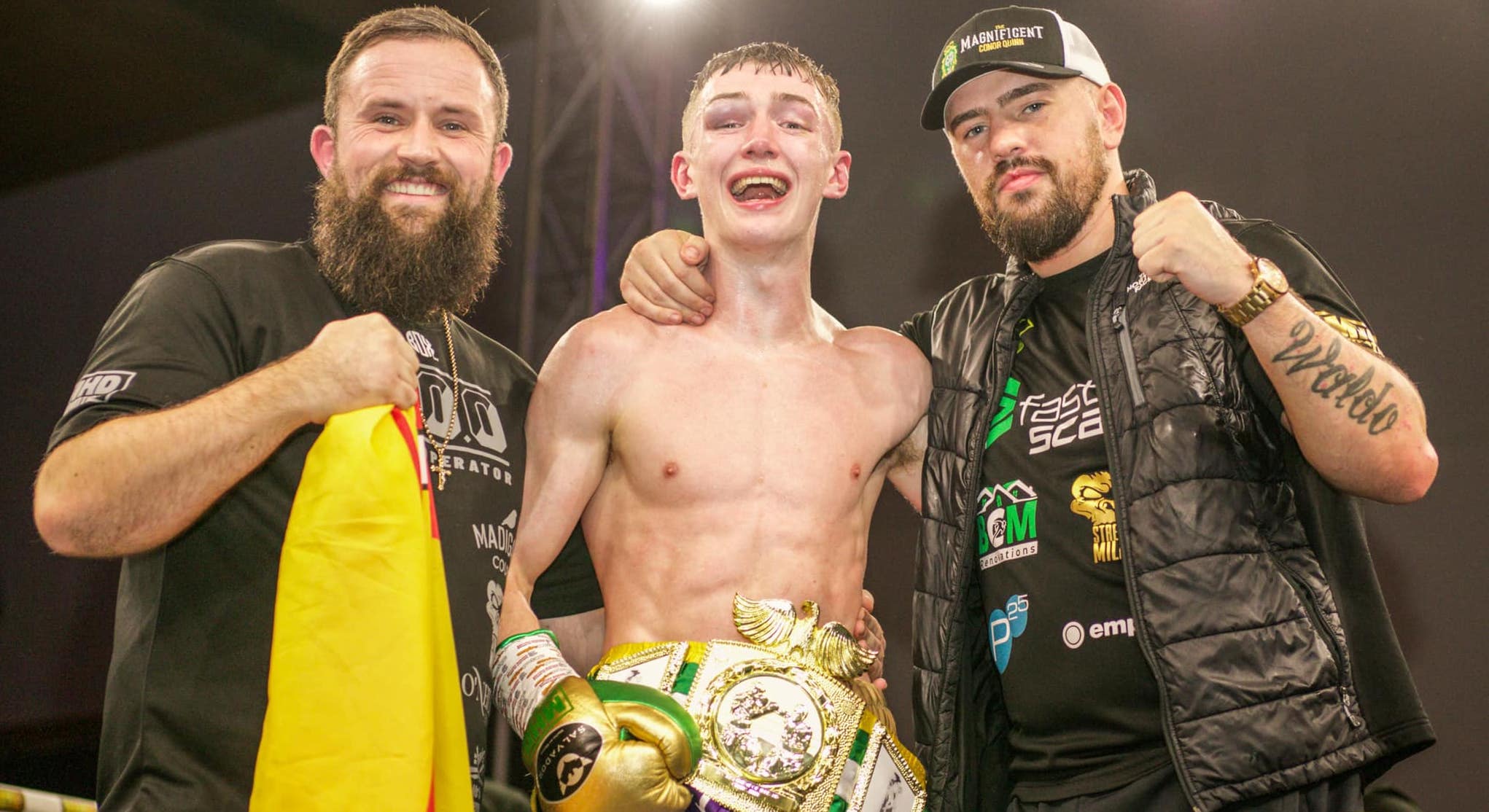 A fairly dominant display from Colm Murphy saw him retain the BUI Celtic featherweight title with a points win over the game Liam Gaynor at Girdwood on Saturday night.

The score of 77-75 - in effect five rounds to three - appeared a little too close as Murphy was on top for the overwhelming majority of this bout, but Gaynor did play his part as he stuck to the task throughout and proved his resilience when looking in trouble on a couple of occasions.

Either way, the right man had his hand raised as the South Belfast man improved to 6-0, five of those wins coming in a very productive 2022 as he can now enjoy a break before surveying where he plans to go next.

"I landed some clear shots and backhands and I think the referee did us justice as it was really hard-pressed," said Murphy afterwards.

"Hats off to Liam Gaynor for bringing the best out of me. He came to win that belt but I said I was keeping this in Belfast and the Ormeau Road.

"My coach, Dee (Walsh) has adapted my style for the amateurs and my strength and conditioning coach, Stuart, who has been right with me and helped improve my punching power and that showed. It was good to show I can punch too after 'OOO' (Owen O'Neill) got that explosive knockout."

Murphy opened well with a left hand landing flush and just stiffening the legs of Gaynor briefly, while he also threw a meaty right to the ribs.

The South Belfast man was working well off the jab, but the large travelling support from Dublin were given a bit to cheer about in the opener as Gaynor grew into it and had a couple of successes of his own.

The fight was warming up nicely, Murphy landing the right hand at will and this acted as a deterrent for Gaynor who was moving quite well, but reluctant to commit as Murphy prowled menacingly.

A great display from Colm to retain his BUI Irish Title.

Well done to all boxers for putting on a show!

The Dubliner needed to open up a little and began the third with ambition, but he was open to Murphy right hands - especially when backed to the ropes - and the Belfast man was clearly the boss in there as he was forcing the issue and producing much better work.

Gaynor did have a little bit of success midway through the fourth with a pair of right hands but blood was now seeping from his nose, an indication of the volume of shots he was taking.

Murphy was on top and sought to press home that advantage early in the fifth, unleashing a barrage of heavy shots that had Gaynor in distress, but the Dubliner managed to survive and again towards the end of the round when tagged by another big right hand.

The sixth was a little scrappy, but any quality was coming from Murphy who was effective when getting some separation.

However, at the beginning of the seventh, it was evident a huge amount of swelling had developed over the South Belfast man's right eye - the result of a head clash during one of many clinches in the previous frame. This sprung him into life in the seventh, coming out with the intention of pressing on.

"It affected my style as I knew I had to keep my right hand up to that eye as I didn't want to get stopped on something bullshit like that - I was sweet to continue," he insisted.

Gaynor did counter well off the back foot back was also forced to eat some heavy fire and it was clear going into the last, the Belfast man was well up but he was not prepared to ease upon, pushing hard for the finish, thudding home with the right with Gaynor looking a little ragged, but he continued to battle and had a decent final round, but not enough as Murphy had clearly retained his title.

"Point me out someone else who has done that in their first full year as a pro. People told me I wasn't suited to the pros and that I would get knocked out, but I've just proved you wrong.

"There are still big jumps but I think I'm on the right path and with the best stable in Ireland. Pody McCrory is a world champion and hats off to him because he really has inspired me and supported me through it all.

"We are doing something right, so you have to credit Dee. Amateurs, pros and semi-pros, we're all getting the wins and I hope 2023 is going to be an even better year for all of us." 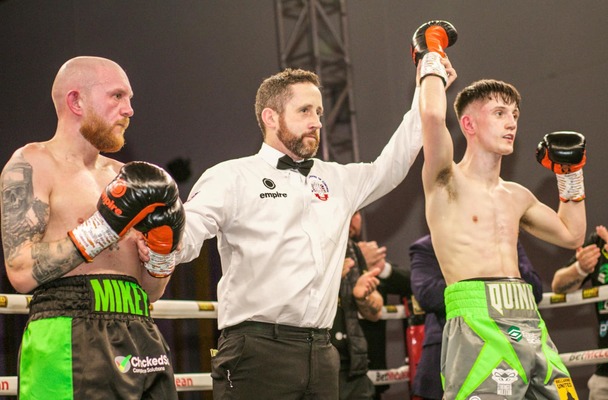 Boxing: Quinn back to winning ways with impressive victory at Girdwood