Boxing: Murphy set for a step-up at the Europa 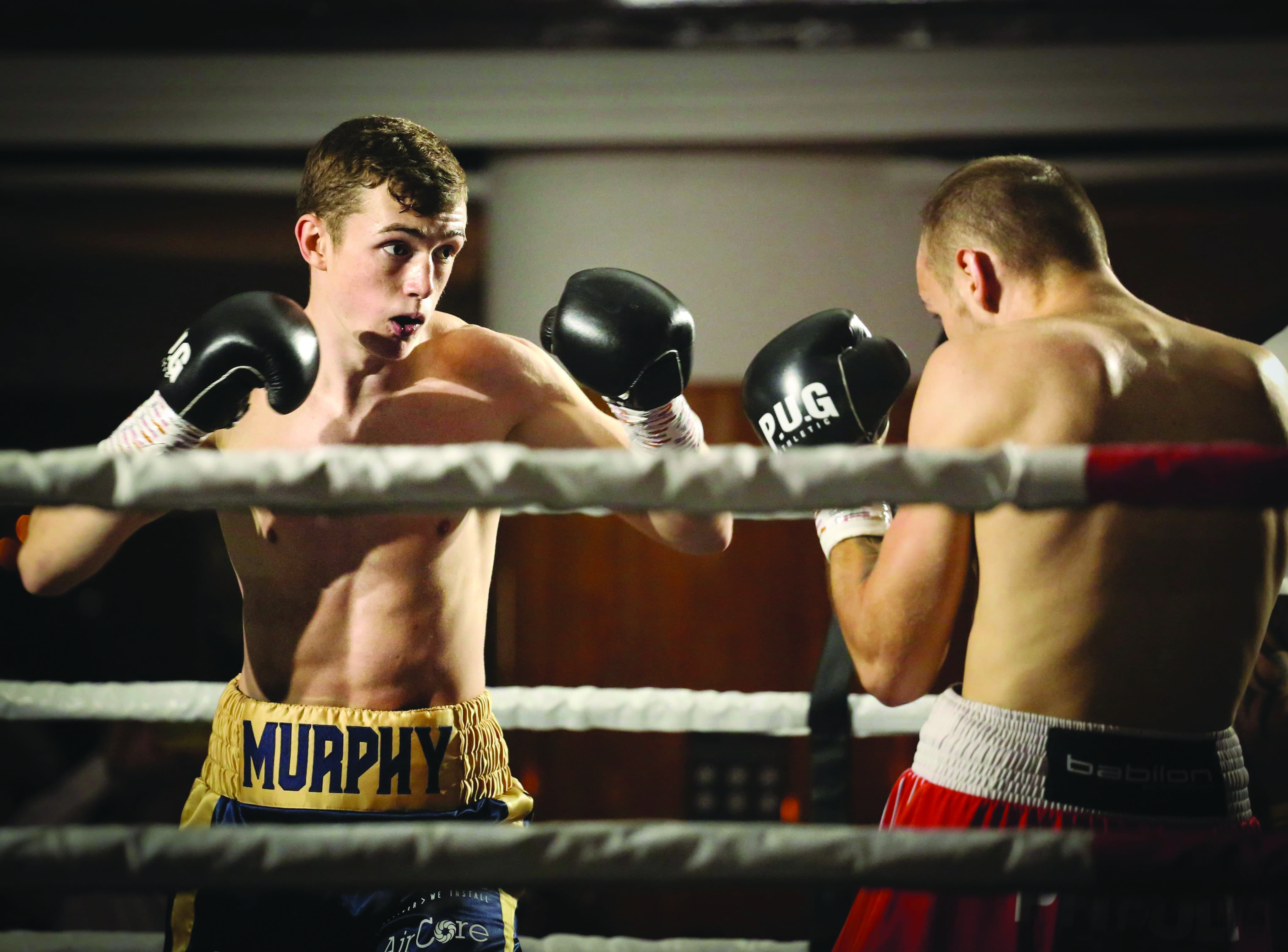 IT may just be Colm Murphy’s third professional fight, but on Saturday night in the Europa Hotel, he takes a significant step up against Brayan Mairena.

Murphy looked impressive on his debut against Jakub Laskowski last September, but a number of postponements left him waiting six months for his sophomore outing, yet any notions that momentum had been halted as he blasted through Sam Melville.

It is another six-rounder for the South Belfast super-featherweight, but Mairena is a noticeable step-up with the Nicaraguan having previously shared the ring with some big names such as James Tennyson, Gary Cully, Kid Galahad and Gamal Yafai.

He will ask questions of ‘Posh Boy’ on Saturday, but that is what Murphy wants and the fact he is facing such a potentially dangerous opponent in just his third outing highlights the trust manager Mark Dunlop and coach Dee Walsh have in their charge.

“This guy is a tough nut to crack so it’s a fight that really excites me,” said 22-year-old Murphy.

“He is a proper veteran and has had 36 fights. I’m still a novice in this game, so this is exactly what I need to put myself out there and get a great ranking with a win against this guy.

“He’s had wins against good names, so this is going to be a big win. He’s dangerous and has fought 10-rounders before so I think he is the perfect opponent to showcase my skills as he will bring out the best in me.”

The past few years have not been ideal for boxers, especially those just starting off on their pro journey as the disruption to the sporting schedule didn’t allow for any real traction. That appears to now be in the rearview mirror the path clearer for regular action.

Murphy is a superfit boxer and has proven his ability to box with patience or go on the front foot with his bodywork particularly effective, so he is keen to keep the ball rolling and is confident a win on Saturday will be a springboard for what has the potential to be a very productive year.

“Unfortunately, the two postponements slowed me down a bit, but I came back in my last fight and proved it didn’t hold me back,” he continued.

“It’s ideal (fighting so soon after March) and people have asked why don’t I take a break after this one, but hell no. This is what I signed up for as a pro and if I want to be a boxer, I want to be fighting every two months.

“I’ve proven I have the adaptability where I can change game-plan between fights. I hit hard to the body, especially, and will be looking to showcase more of me against an opponent who is here to win.”

Training under the tutelage of Walsh - Irish boxing’s 2021 trainer of the year - out of the Gleann gym in West Belfast, Murphy is part of a crop that is on a winning run with fighters at various stages of their journey.

Murphy is very happy to have such a man in his corner and he wants to keep up his end of the bargain, adding: “We’re still undefeated and will remain undefeated on Saturday.”

The MHD Promotions’ show is entitled ‘Redemption’ and that is a nod to Kildare’s Eric Donovan who is aiming to get back on the winning trail after being stopped by Cuban superstar Robeisy Ramirez in Glasgow back in February.

‘Lilywhite Lightning’ had hinted at retirement after that defeat but will step back through the ropes against Engel Gomez for a six-round contest.

It’s also a return to the Europa for North Belfast’s Ruadhan Farrell on Saturday.
‘Rudy’ made a long-awaited debut in March after countless issues kept him out of the ring for five years and while there was some ring-rust on his debut against Jamie Quinn, he managed to get the win and will aim to build on it with Hull’s Luke Fash standing in the opposite corner for their four-round lightweight bout on Saturday.

Elsewhere on the card, Omagh welterweight Tiernan Bradley will make his home debut in his fifth pro outing when he takes on Hungary’s Janos Penzes.

Bradley fought twice in Spain and twice in Belgium to get his career started over the last two years, so will enjoy the home support on Saturday.

Limerick middleweight Graham McCormack is also in action as he bids to get back on the winning trail having lost to Paul Kean in Glasgow back in November after winning his first six pro fights. McCormack is matched with Burnley’s Seamus Devlin over four rounds.

“We are delighted to be back at the iconic Europa Hotel for our second show of the year,” said Diane Dunlop.

“It’s been a hard few years for boxing in general and I have been working hard for my lads and keeping them active, we have travelled far and wide to do this but hopefully the worst is over.”

Mark Dunlop added: “Developing local talent and getting them great opportunities has always been the goal at MHD Boxing.

“This is our tenth year now in Belfast so the longevity and our record speaks volumes, the support from local fight fans has been amazing.”