Boxing: Taylor focussing on job at hand despite Serrano talk 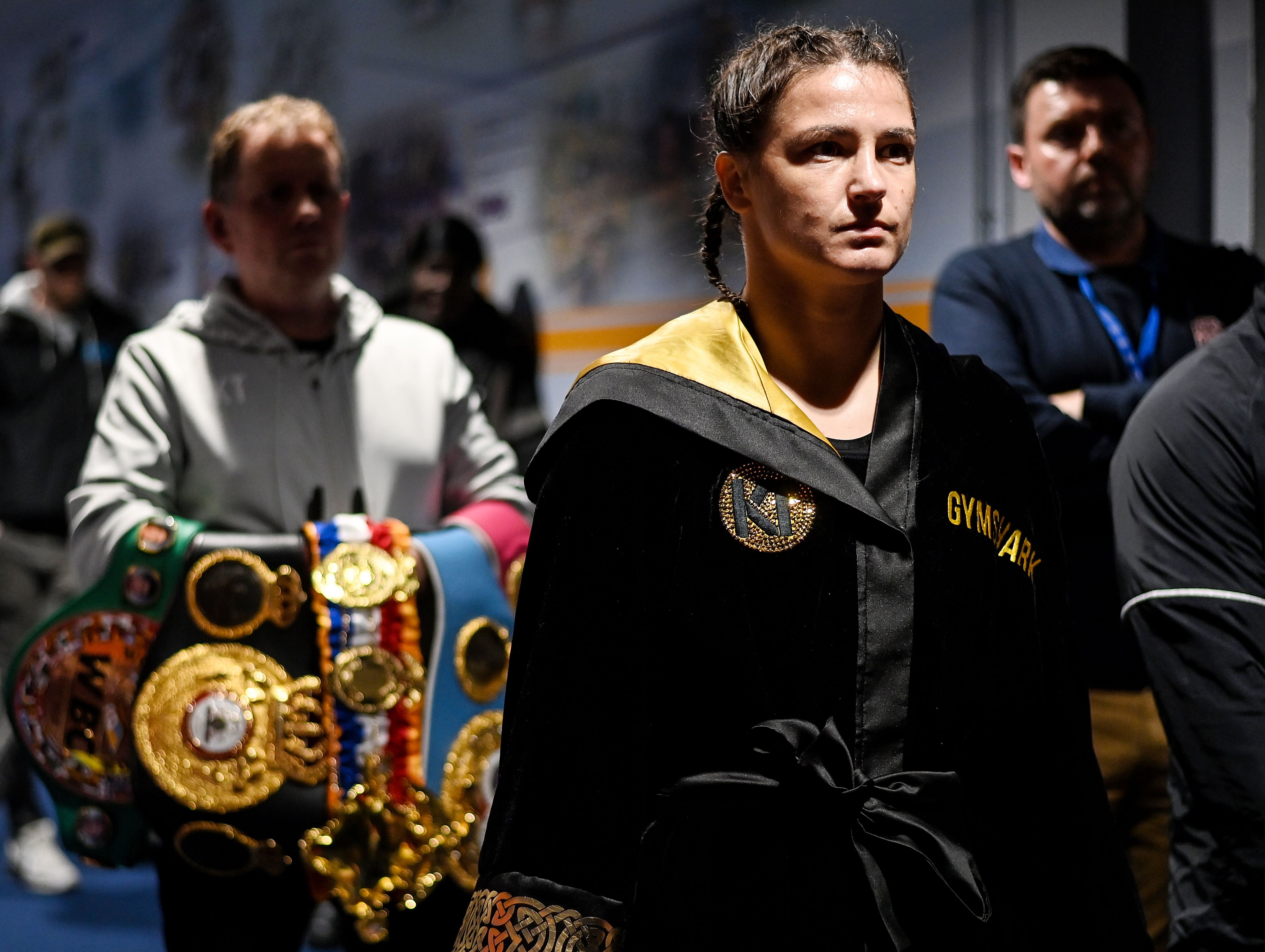 THE talk surrounding a super-fight between Katie Taylor and Amanda Serrano may be gathering pace, but the Bray woman insists defending her undisputed lightweight crown against Firuza Sharipova on December 11 in Liverpool is the only thing on her mind for now.

It is expected that should the Bray woman come through her meeting with the Kazakh and seven-weight champion Serrano take care of business against former Taylor victim Miriam Gutiérrez in Florida a week later, then the eagerly anticipated showdown between the pair will be set for next spring.

There had been some hope that a meting between Taylor and Serrano would form part of a St Patrick's Day doubleheader with Leigh Wood v Michael Conlan, but last weekend, promoter Eddie Hearn suggested both fights would be given their own stage even though Madison Square Garden remains a front-runner to host both.

It would be hard to argue that Taylor v Serrano deserves its own slot and build-up given the magnitude of such a fight that would capture the imagination of fight fans worldwide and while Taylor is keen on that to happen, there is a job to be done before thoughts can turn to 2022.

"The fact she's fighting one of my past opponents in her next fight makes it a perfect build-up to our fight," said the 35-year-old on a media call on Wednesday.

"She has teamed up with Jake Paul and that's even more incentive for her, but we have to get past both of our opponents and when we do that we can start speaking seriously about our next fight, but right now it's looking very likely it will happen.

"I think next year is the perfect time for it to happen and if it doesn't, then it will be really disappointing for the sport.

"I'd be very surprised if it didn't happen with all the talk hat has been done over the last few months. It looks very likely it will happen, but if it doesn't it wouldn't be my fault."

Taylor holds all of the marbles at 135lbs with Serrano currently a unified super-featherweight champion, but there will soon be an undisputed champion crowned at 140 when England's Chantelle Cameron and Kali Reis of the United States meet to conclude an unofficial tournament with all four belts on the line.

Taylor, who previously held the WBO light-welterweight title, agrees a meeting with the winner for the chance to become undisputed in two weight classes would be hugely tempting.

"That's a huge fight in he future," she agreed.

"There are so many big fights out there for me, it's hard to focus on one when there are so many names up in the air like Amanda Serrano and the champion of the 140lb is a fight I would absolutely love as well."

However, the immediate focus for now is on Sharipova with the Kazakh making all the right noises in the build-up to their meeting at the Echo Arena on a card that will also see West Belfast's Caoimhin Agyarko face undefeated Californian Noe Larios Jnr.

Taylor was speaking from her base in Connecticut and reports that camp has gone well and is looking forward to putting on a show.

"A couple more weeks of hard sparring and hard training, so I'm in the thick of it at the moment," she confirmed.

"It's been a tough training camp as always, but I'm feeling good and sharp and I'm looking forward to performing to fight fight now."