Burke hoping to set the record straight at GAA Headquarters 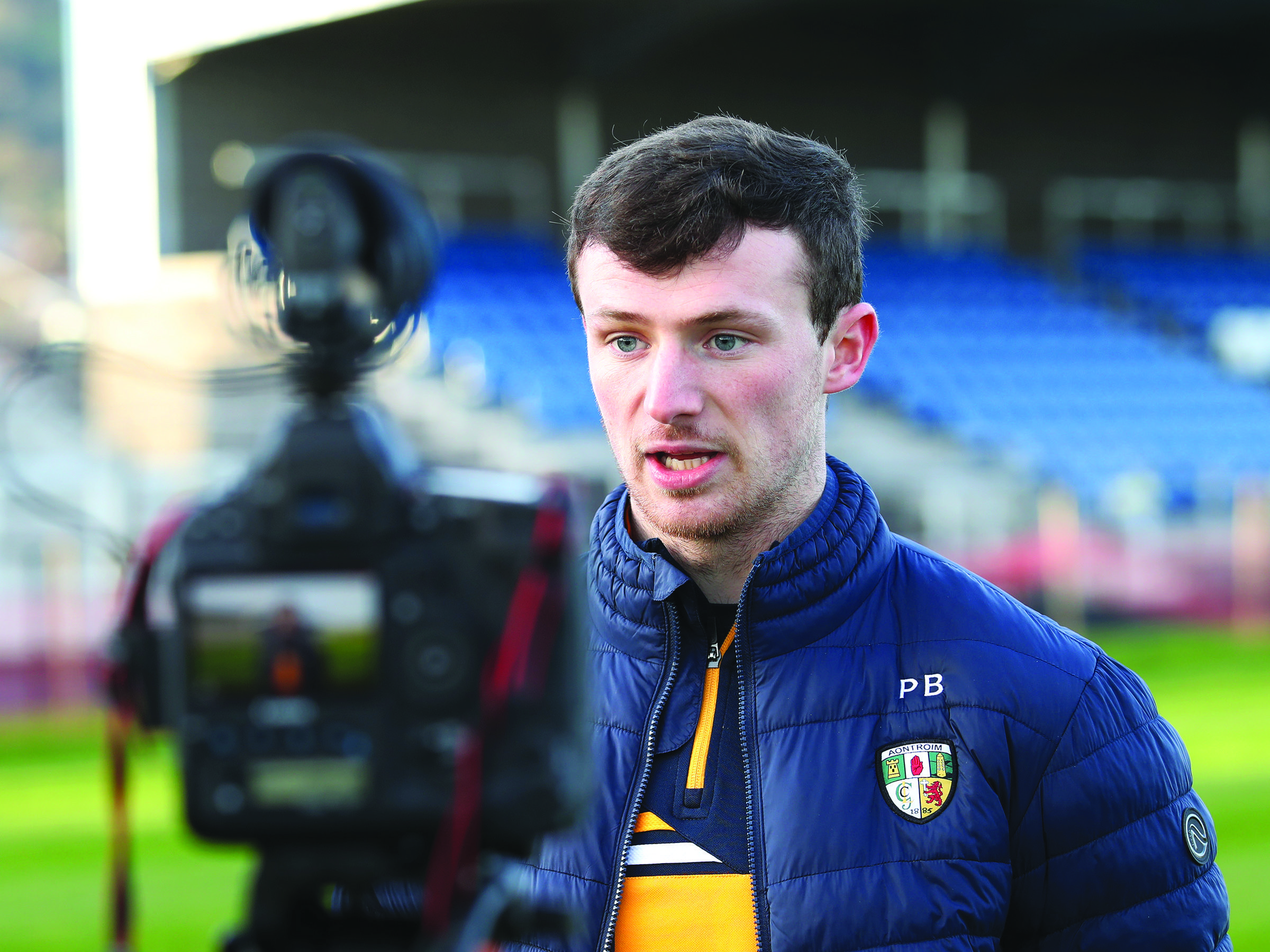 THE memories of Croke Park may not be the fondest for Paddy Burke, but the Cushendall man is eager to set that record straight on Sunday against Kerry.

A 2016 All-Ireland Cub final defeat to Limerick’s Na Piarsaigh was a prelude to reverses in county colours against Meath in that infamous Christy Ring Cup final saga later in the year, and another 12 months later against Carlow in the decider.

Still just 25, Burke has been around the county scene since making his debut in a National League game back in 2014, so has gained a great deal of experience as he comes into his prime as a hurler.

Despite the trio of losses at GAA Headquarters, Burke had banked enough knowledge of the surroundings he and his team-mates will encounter on Sunday although with no fans in attendance, it will be slightly different to previous outings on Jones’ Road.

“I have a bit of experience before but I don’t know if it will matter too much with all the restrictions,” said Burke, a software engineer.

“It’s good to have a bit of knowledge and familiarity with the dressing rooms, the pitch and those things, but I’m not sure it’s going to count for a lot.”

Antrim were due to play their Division 2A League final against Kerry at Croke Park back in March ahead of a Dublin versus Meath football league fixture, but lockdown restrictions were confirmed just days ahead of that game with the final eventually played in Tullamore back in October.

It was a disappointment for the players but there was the opportunity to get their chance to hurl on the big stage should they make it through to the Joe McDonagh Cup final, which they have duly done.

When the GAA released their revised fixtures to complete the 2020 competitions, the McDonagh decider being confirmed as a curtain raiser to the All-Ireland final was viewed as a huge carrot for all of the competing teams.

With the year that was in it, the downside is that the finalists wouldn’t get their shot at the MacCarthy Cup Qualifiers as has been the case over the past two seasons, but that did little to reduce the quality and fierce competitiveness of a competition that hasn’t been afforded the exposure it merits.

Yet, this Sunday the eyes of the hurling world will be on Croke Park and this is a huge opportunity for the Saffrons to show what they’re about.

“We were really looking forward to the League final and once that was moved out of Croke Park we thought our chance was gone so it’s great to get the chance to get back and play before the Senior final,” Burke confirmed.

“The McDonagh is a great competition. Every game is so competitive and every team in it will fancy themselves to win. It’s great to get to the final of it and that it’s being played before the Senior final is a great showcase for the players at this level that we are putting as much effort in and that there is talent at this level.”

The Ruairi Og man has played various roles around the Antrim defence in recent years, but has been a revelation at centre-back this year and has formed a strong unit, flanked by Rossa’s Gerard Walsh and Naomh Éanna man Joe Maskey throughout the majority of the Championship.

Antrim’s strength in depth this year has been a huge factor in their resurgence with those on the field well aware that a below par display will see their place in jeopardy.

Manager, Darren Gleeson has reiterated that the match day team and subs are selected on what they do in training so it is fair to saw each of the 32 players have driven each other on.

Gleeson, an All-Ireland winner with Tipperary in 2010 and 2016 has set high standards for his players and his efforts have been rewarded with performances on the field.

Burke has enjoyed working with the Portroe man and commanded the efforts of all who have put their shoulder to the wheels since late last year in their quest to return Antrim back to hurling’s top table.

“The work we have put in over the last few years has been building and the panel has been built around most of the same players,” he explained.

“Everyone has bought into it and we are starting to see the fruits of that this year. It’s a really committed panel and it was back in November last year when we started so it’s been a year of hard work with everyone dedicating themselves to Antrim hurling.

“The panel is really competitive and Darren is always saying that every night you go at it with your gym sessions and training sessions, you have to go at it as best you can and hope that puts you in a good place to hold onto a jersey.

“Even the battle for a jersey on the 26 (match day squad) never mind the starting 15 is so competitive and that can only be a good thing as you can take no days off.”

“There is a bit of disappointment from previous years in Antrim hurling, so the big thing will be to get over the line and get a win whatever way you can - that is the most important thing”

Burke and Antrim enjoyed a taste of the top-flight during the 2018 season when they were unlucky not to retain their status, the same year as the inaugural Joe McDonagh Cup when a bright start to the competition saw them bank two wins from two before narrow losses against Laois and Westmeath left them needing a win against Kerry and hope for a favour to reach the final. As it transpired, neither thing happened and Antrim needed a playoff win over Kildare to remain in the second tier.

Last season, another bright start and a huge victory against Offaly again raised hopes going into a home tie against Westmeath that was a de facto semi-final, but again they couldn’t finish the job.

It has been different this time around. Promotion back into Division One in the League is secured and victory on Sunday will see them also make the move back into the Leinster Championship, exposing them to top-flight competition that can only serve to develop the team going forward.

“There is a bit of disappointment from previous years in Antrim hurling, so the big thing will be to get over the line and get a win whatever way you can - that is the most important thing,” he agrees.

“You want to play against the best teams and get up through the divisions. That can only help Antrim going forward if we can get into the Leinster Championship and compete.”

With three meetings against Kerry already this year, there is little either team is yet to find out about each other so it may be a cliché, but this will come down to whoever finds the performance to see them home.

Kerry will be ravenous to put one over on the Saffrons, but this final is much bigger than a rivalry that has almost a derby feel to it at this stage.

Silverware at Croke Park and promotion is the only focus and what has gone before in the previous meetings will mean nothing, according to Burke who is as desperate as anyone to sample joy on the hallowed turf.

“You know their team inside out now, but in every game they have been missing a few players each time,” he stressed.

“That will be a different challenge again, but one we’re looking forward to. I suppose you can’t read too much into the earlier games because every game is going to be different and you have to go into it with that frame of mind.

“It was great to get the wins against them, but the last games will count for nothing. They will have a lot of motivation but then so will we.

“It comes back to the competitiveness of the panel and the players just attacking what’s in front of them. That’s how we are as we just want to go after what is next for us.”