Cargin and Creggan set to renew rivalry for Antrim supremacy 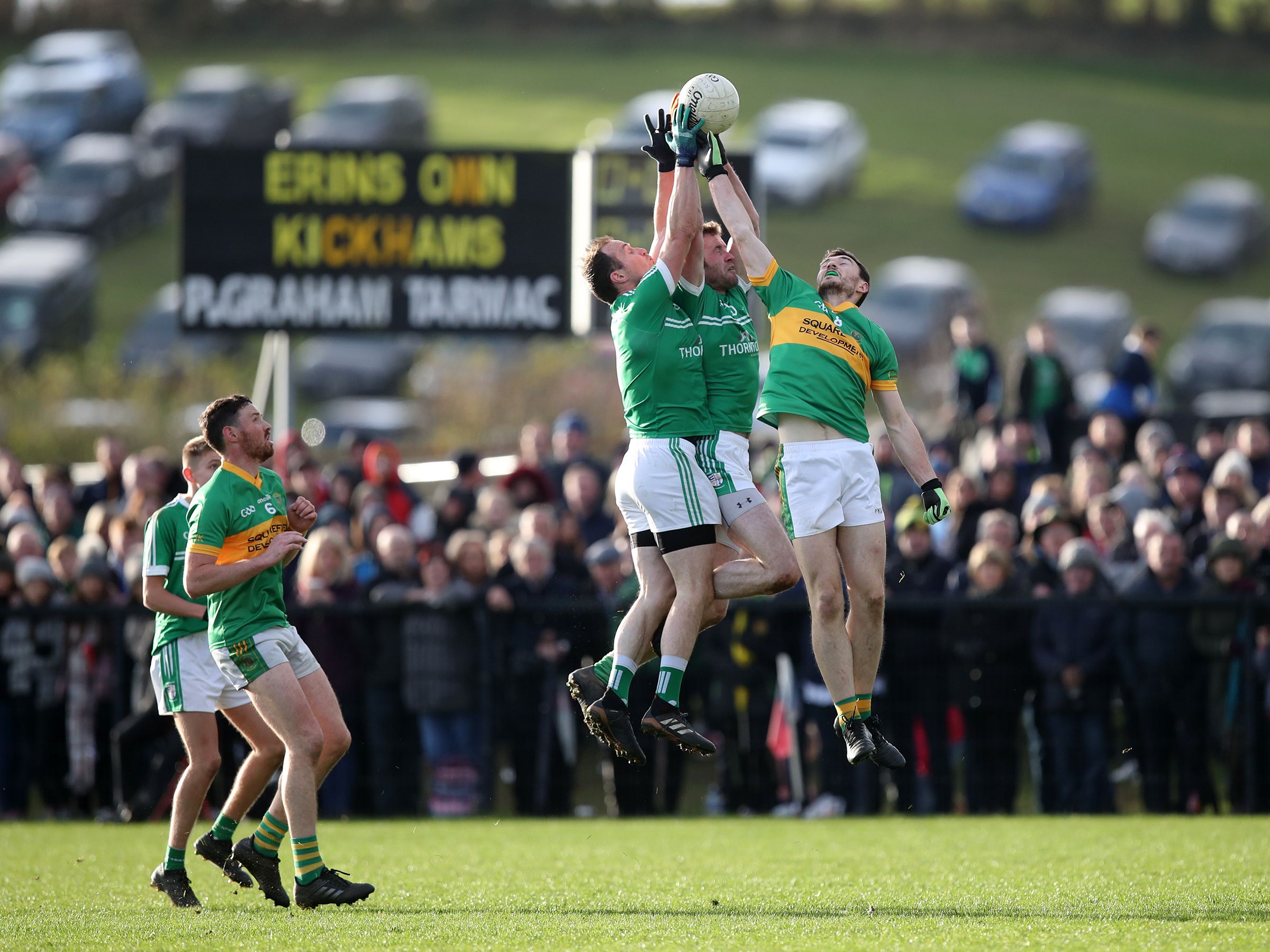 TWO years on from a final all only those in green and white will look back with any fondness, Cargin and Creggan return to the county decider in Portglenone this Sunday.

In 2018, the Erin's Own men edged a turgid 0-5 to 0-4 affair that had all the hallmarks of as game these neighbours simply didn't want to lose, so the hope is for a more open affair when they meet for the Padraig McNamee Cup on Sunday.

Damien Cassidy's Cargin are going for the club's first three-in-a-row, whilst Kickham's bid to claim top honours for the first time since 1954 and the Loughshore club's third overall.

With so much resting on the outcome on top of their fierce rivalry, there will undoubtedly be nerves on the day with both sides hugely motivated to prevail, but who will have the extra edge?

Cargin have been boosted by the red cards shown to talisman Michael McCann and defender Marty Kane rescinded in midweek, meaning the pair are available to play and their presence will make a huge difference in this game.

Both veterans of Cargin's four county titles in five years, with McCann also a member of the 2006-winning team, they will add to the experienced crop who remain key to the Toome outfit.

Younger brother Tomás, Kevin O'Boyle, James Laverty, Justin Crozier and John Carron are just some of those names who have been there and done it, but it would be wrong to suggest Cargin is an aging team with fresh faces including Pat Shivers, Ciaran Bradley, Jamie and Ronan Gribbin plus McCann's 17 year-old nephew Sean O'Neill who have all made a huge impact.

"We have been lucky in that we've been in transition for two or three years, maybe more, and we're still able to win championships as we do it," McCann said.

"We are fortunate that we've young lads who have been able to step straight into senior level from minor and contribute at a high level straight away.

"Credit to Damien for having the ability to bring those players through to be able to perform
right away, so we are in a good place."

The Erin's Own skipper admits it was a huge relief to get the green light to play this weekend after being shown that red card against Lámh Dhearg in the semi-final.

The game was Cargin's toughest test in this year's new-look competition where they came through their group games with a perfect six wins from six and accounted for Rossa in the quarter-final in impressive fashion.

They will be strenuously tested again on Sunday and while it could be another close game, McCann expects it to be more aesthetically pleasing than the 2018 final.

"It was the first all-South West final, the first Cargin v Creggan final, so there was a lot of hype going into it," he recalls.

"There is still hype, but this time I don't think it's carrying the same weight. There was a bit of tension that day and it was like two teams who didn't want to lose a final, but this year I think both teams fancy themselves to score heavily, trust their defences, so I think it might be a different game."

That is also the view of Kickam's manager Gerard McNulty.

The Naomh Éanna native was a member of the 2018 management team headed by Kevin Madden but has assumed the reins since so is aware of the mood amongst the players heading into the final two years ago.

There was bitter disappointment after their defeat when McNulty suspected the occasion and hype got to the players in the build-up, but believes his players are older and wiser heading into this final.

"I think a couple of years ago it maybe came too early for them because I didn't maybe realise just how young they were and the nerves got the better of them," said McNulty.

"It was a game that everybody except Cargin would want to forget, but if you haven't leant for that, there is something wrong with you as a player.

Creggan have been knocking on the door for their first county senior title since 1954 for some time with a number of successful underage teams graduating to senior where they have picked up league titles and O'Cahan Cups, yet the big one has evaded them until now.

Kickham's contain some of Antrim's leading lights in Marty and Ricky Johnston, Ruairi McCann, Kevin Small and brother Conor who has had an impact off the bench in their run to the final as he recovers from injury, so they have the quality to get over the line this time.

They will have to ensure they get a grip around the middle third with Conor McCann and Kevin Rice hugely important, whilst trying to prevent Cargin's fast, attacking style and quick ball into a dangerous crop of forwards to keep the game tight.

McNulty accepts his side have a huge task but is confident they can find the right mix this time.

"Cargin aren't going for there-in-a-row for no reason and I think Lámh Dhearg found that out in the semi-final that they are a hard team to break down and hard to beat," he noted.

"They are well-drilled, well-organised and watching the game last week (semi-final) you could see that, so it will be a tough game.

"Creggan is a good club, great community that's really into their Gaelic Games. It probably isn't befitting a club of their size they haven't won more Senior Championships as they have had quality players over the years.

"When I was with St Enda's at underage, they were always the team you were coming up against but haven't done it at senior. They were in a county final two years ago, so the only way to fix that is to win one and no better time than this weekend."