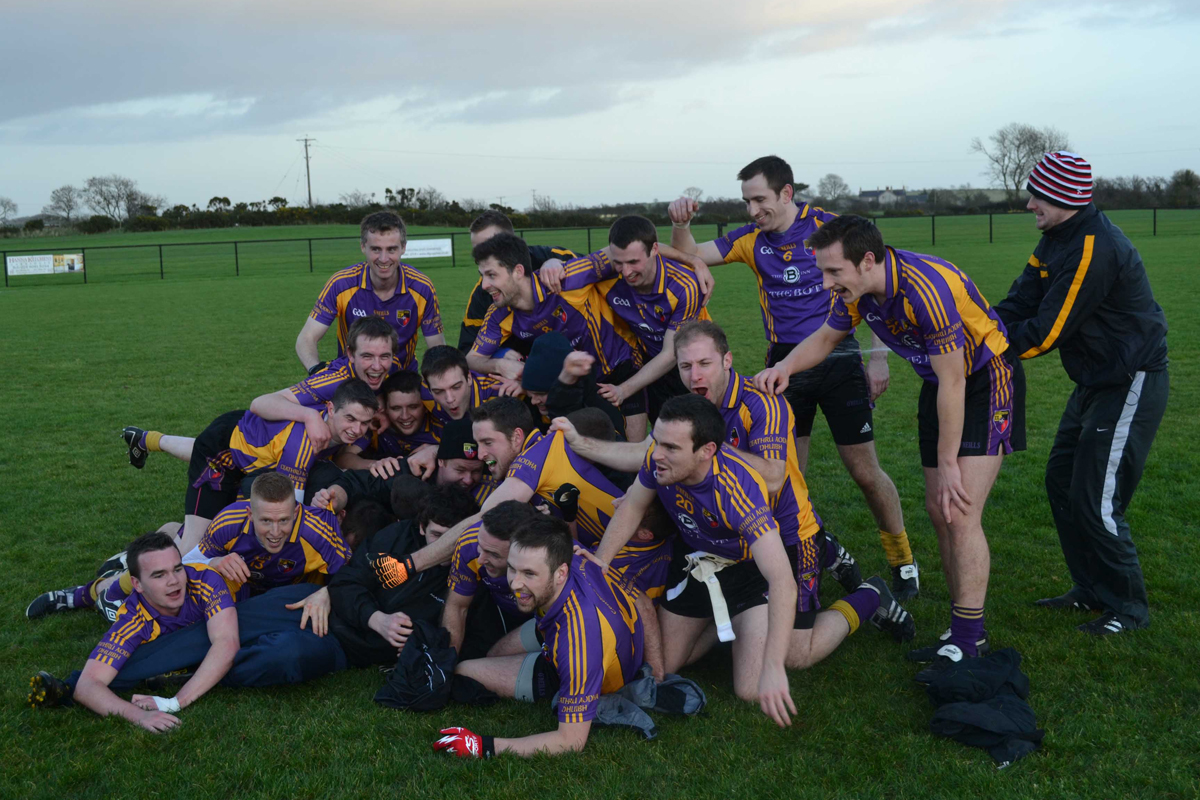 CARRYDUFF’S senior footballers assured themselves Division 2 status in 2012 when they overcame Tullylish in their promotion play-off at Bright.

Played in almost perfect conditions for the end of November, the first half was a dogged affair as both teams  appeared to attempt to curtail the other.

Tullylish keeper Stephen O’Hare pulled off a fine first minute save but Carryduff opened the scoring with a  point from Ronan Lawlor in the second minute after Conor McCullough played him through.

However, Tullylish replied with points from Shannon Drainey (2) and a third from Peter Quinn who intelligently fisted over.

A Drainey point put three between the teams once again before Cian Slevin reduced the deficit after Joe McFlynn supplied him.

Drainey picked up a yellow card for a clumsy challenge and thereafter, despite enjoying the superiority of possession, Tullylish managed to kick five wides on the trot.

Two further Tullylish points from Drainey and McDermott seemed to spell trouble for Carryduff but midfielder Tony McMahon found the net after Jonny Henry’s initial shot was parried into his path to leave the half-time score line reading Tullylish 0-06 Carryduff 1-03.

Carryduff would have been happier at the break and took the field for the second half with the greater resolve.

Although Tullylish opened with a  John McAreavey free, Carryduff applied pressure throughout and a point from Joe McFlynn followed by a superb individual goal set Carryduff hearts racing.

Full-back McKernan craftily slipped forward to pick up the ball and kick his own point in the 40th minute and although Peter Quinn added a further Tullylish point, Carryduff continued to dominate despite giving the ball away on occasions.

However, they did work hard to regroup and support one another and hold the Tullylish challenge, forcing their forwards to shoot from difficult angles and distances.

Tullylish will rue the opportunities they failed to convert from free-kicks as the half wore on but Carryduff rallied to hold the challenge and assure their promotion to Division 2.