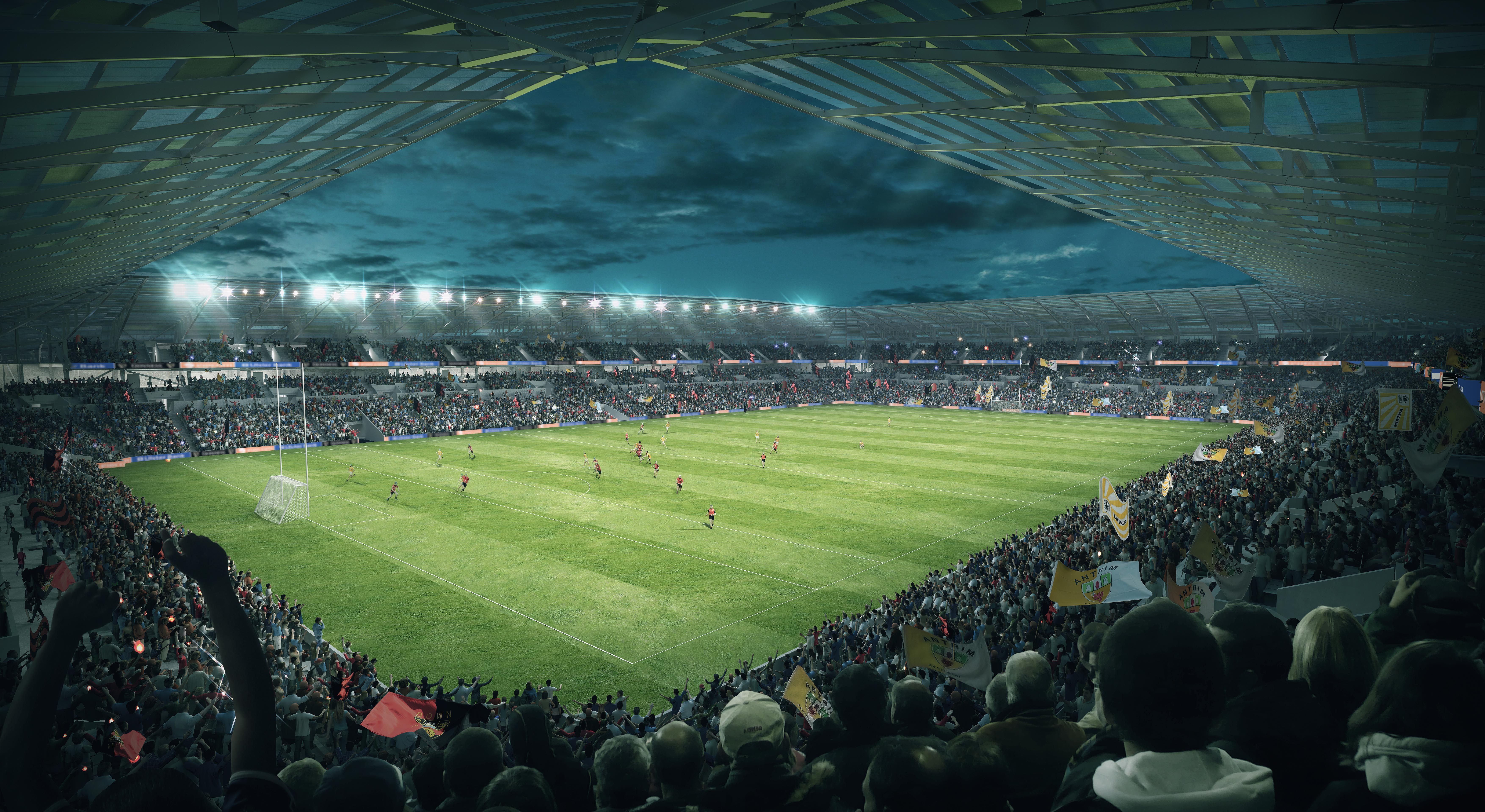 NEW ERA? A judicial review on the new Casement Park will be heard in March

A NUMBER of residents living in the vicinity of Casement Park have called for greater transparency around the organisation and operations of the Mooreland and Owenvarragh Residents' Association (MORA) following the High Court’s ruling earlier this month that their solicitors have had to stand down.

In a letter sent to residents and seen by the Andersonstown News, 20 signatories have expressed concern at the lack of governance around the group’s decision-making and called into question who will be asked to foot the legal bills associated with the latest High Court action and the upcoming judicial review.

In a statement, the residents said: “On behalf of the many residents within Owenvarragh and Mooreland that live adjacent to Casement Park and support its redevelopment, we have written to all our neighbours to express our concerns about the governance of MORA following the High Court’s ruling that their solicitors have had to stand down, with immediate effect within the judicial review process.

“As all these important issues play out in the Belfast courts many local people are unaware of what is happening in our name, why decisions are being made, by whom, and what the long-term impact could be.”

The group said that they would like to understand why MORA chose legal representation that had previously advised the GAA on the project in the past, and who was consulted on this decision.

“As the group seeks financial support from the local community following its flawed legal process, with substantial court costs to follow we would like to know who MORA actually represents, and speaks for, and who will be footing this bill?” they asked.

“It is nearly five years since the Casement Park planning application was lodged, and many local people in Owenvarragh and Mooreland want to see progress and an assurance that MORA and all those involved in the judicial review process will not seek to delay, any further, the commitments given by the court to sit in March.

“As we have stated, we do not agree with the decision to seek a judicial review on the Casement Park project but we do respect the right of those that wish to do so.  However, they do not speak for us, and for the reasons we have outlined we would like to have answers to our questions and see transparency and not anonymity within this process.”

Planning permission was previously granted for a 38,000 capacity Casement Park in 2013. However, in 2014 approval was quashed in a High Court legal challenge brought by MORA.

The residents' group has objected to the latest proposals due to concerns about stadium height, traffic, parking and potential disturbance from music concerts. Its members had previously called for the development of a 20,000 capacity stadium.

In response to the residents' letter, MORA sent a separate letter to residents on 23 December.

In it, they said: “We sought leave for judicial review on five grounds. Two of those grounds are constitutional, relating to the Minister’s power to make the decision on such a contentious project without first consulting with the Executive. The respondent on those grounds is The Executive Office. The remaining three grounds are based on planning issues. The respondent is the Department for Infrastructure.

“The leave hearing was held on 25 November. The Department for Infrastructure and The Executive Office did not oppose the application for a full hearing. We have been advised that it is rare for the respondents to take such a position.

“Having regard to the position taken by the respondents, the judge granted leave on all of the grounds sought. The full hearing has been scheduled for three days in March 2022, i.e., the 20 to the 22.

“The fact that leave has been granted on all of our grounds means that we have an arguable case. Thus, while we have reasonable prospects for success, the outcome is uncertain, as it is in any legal proceedings."

MORA described the successful leave application as "an important milestone" and added that there is much work to be done in advance of the full hearings next March.

“As many of you will have recently read online, we have had to take a decision to change our legal team," they continued.

"This was as a result of a perceived conflict of interest. Whilst it is regrettable that such a decision has attracted media attention, it is in many ways a distraction. The further mistruths that have circulated that we are now in some way responsible for the costs of the proceedings as a result of having changed solicitors are untrue.

“We would like to take this opportunity to thank our previous team at TLT Solicitors for their work to date in preparing a solid set of legal arguments to support our contention that the Casement Park planning permission should be quashed.”