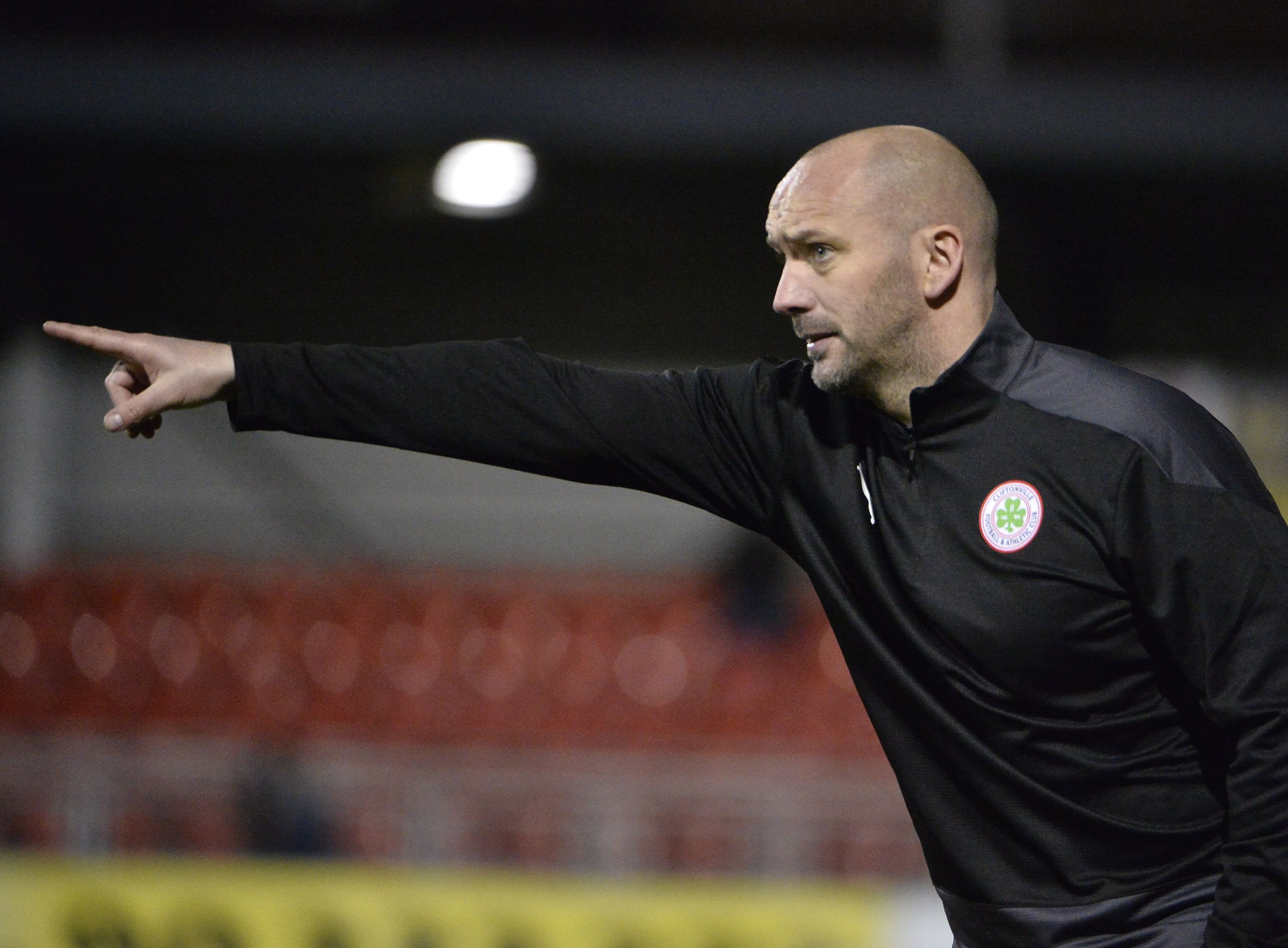 CLIFTONVILLE boss Paddy McLaughlin insists that every week brings a new challenge in the league, regardless of the opposition.

The Reds will hope to build on victory over Dungannon Swifts at the weekend when they meet Crusaders in the rearranged St Stephen’s Day derby at Solitude on Saturday afternoon (3pm kick-off).

McLaughlin referenced Ballymena United’s win over table-topping Larne as an example of anybody beating anybody on their day but is adamant his side will focus on their own job ahead of a tough derby.

“It’s a very tough league and every week, from one to the next, is a difficult challenge,” McLaughlin accepts.

“You’ve seen results at the weekend, with Ballymena going to Larne and getting a result.

“Ballymena are a really good side and can beat anybody on their day, but nobody would have predicted they would have went to Larne and got a result with the form Larne are in.

“We’re just delighted with ourselves and will focus on our own jobs. We move onto another tough game against Crusaders but we’re looking forward to it.”

McLaughlin was delighted with last weekend’s comeback win over Dungannon Swifts and praised the guts, character and bottle that his side demonstrated at Stangmore Park.

“We showed guts, character, bottle and all the usual cliches - it was there in abundance in the second-half,” he reflects.

“I was a wee bit disappointed that we dominated plenty of the ball in the first half without creating anything. In the second half, going forward we were excellent and we looked like we could score any time we attacked.

“We should have scored more than we did but you’ve got to put that down to a lot of good defending by Dungannon and their ’keeper being excellent.

“It was a good day for us, it took us until late on to win it but I think we deserved it.”

Rory Hale made his debut and caught the eye of his manager who isn’t worried about Hale facing his former employers (Crusaders) so soon.

“I thought he was excellent,” McLaughlin confirmed.

“I’ve seen him playing at Derry City and Crusaders and I think he’s one of the best midfielders in the division.

“It won’t be long before he meets his old friends at Crusaders again. It’s mad it’s come around so quickly, but I don’t think it will have any extra emphasis on Rory to go on and do well.

“He’s determined and focused on doing as best as he can for Cliftonville and what happens elsewhere doesn’t matter to him.

“He is a good pro and is brilliant in the changing room already, you’d think he has been here a long time with his leadership skills. Aaron McCarey is the same, we’ve brought in two good leaders into the changing room.”

Glens
Hot on the heels of Saturday’s derby is trip to The Oval to take on Glentoran on Tuesday evening (7.45pm kick-off) in a busy January that will see the Reds play out seven fixtures.

McLaughlin acknowledges it will take a toll on his squad but is not afraid to throw in some of the club’s up-and-coming talent if the need arises.

“There’s four of five teams in the division that are full-time and have big squads of 24-plus players,” McLaughlin notes.

“We’re still a part-time team with 18 senior players, so it’s always going to be difficult for us but it’s part of the challenge and the reality of where we’re at.

“We’ve got 18 good, strong, solid senior players and a lot of young exciting talent coming through. If we’re stretched enough to bring these young boys in, it’s part of my job to blood youngsters through.

“The likes of Odhran Casey, Conor Scannell, Dylan Hyland and Lee O’Brien are up-and-coming young players and are going to be stars of the future. If it comes to it and we have to put them in over the next few weeks, then so be it.

“We haven’t the resources that some other clubs have but we have plenty of young talent coming through the system.

“You’ll probably not play the same team too many times over the next four or five weeks. We’ll rotate the squad, players will change and the personnel will change definitely.

“There’s no way the same team will be able to play seven matches over the month of January.

“It’s important that we keep our head down and keep working hard but the recovery between games will be vital because we’re going to be stretched to the limits over the next couple of weeks.”